A walk amongst Trabocchi 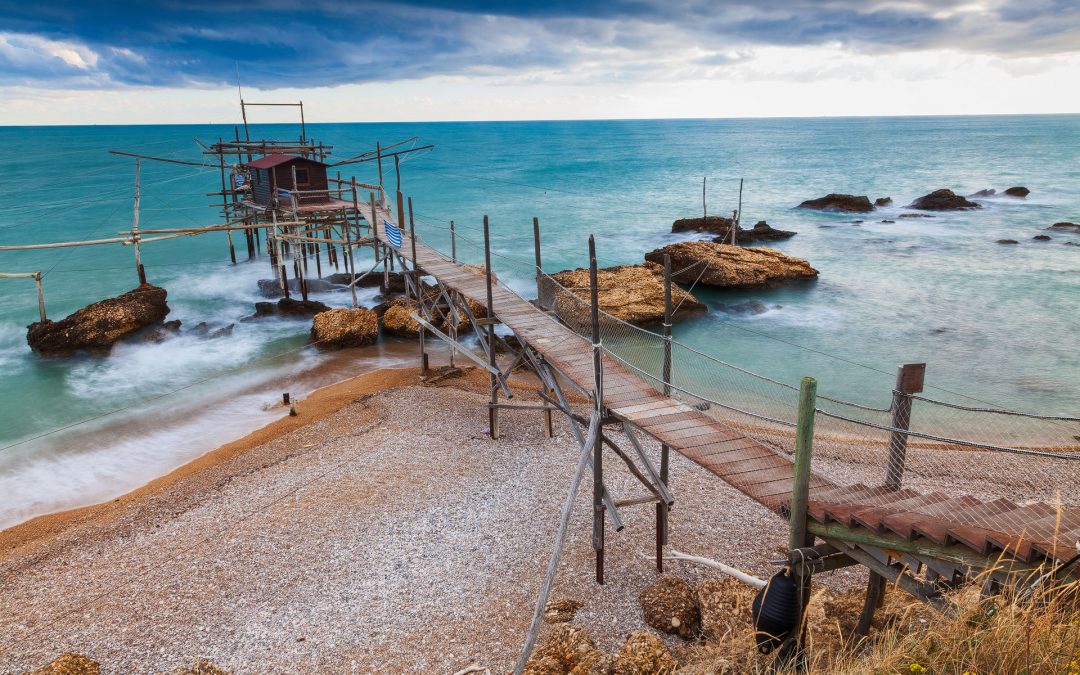 Down along the Chieti coast, between Francavilla and Vasto there is what is called ‘Costa dei Trabocchi’, fifteen  kilometres of pebbled coastline  that makes a wonderful morning or evening long walk. A trabocco is a massive construction built in structural wood, which consists of a platform anchored to the rock by large logs of pine, jutting out into the sea, from where two (or more) long arms called antemna stretch out suspended some feet above the water and supporting a huge, narrow-meshed, net.

Abruzzo and Molise are characterised by a particular type of  trabocco with a platform  transversal to the coast and connected by a tight bridge made of wooden boards, it has  just one winch, often electrically operating, even when the sea is perfectly calm. Trabocchi are usually located where the sea has a sufficient depth (at least 6 meters), and erected on the shelter of rocky peaks generally oriented towards SE or NO in order to exploit the favourable marine current. The fishing technique consists in intercepting the flows of fish moving along the ravines of the coast and then catching them with a wide net. The operation of a Trabocco is centred in the net which is lowered into the sea and then when is hopefully brimming with fish, it is raised. The net is suspended on fixed beams but the ropes that hold the net are on pulleys. The ropes ultimately gather at the centre of the Trabocco platform where there is a very large winch. The term trabocco means trap or deep trap. There are some Trabocchi along the “Costa dei Trabocchi” where is possible to eat the fresh fish caught in the net and enjoy a peaceful and laid back atmosphere just “above the sea level”. A Trabocco on the Adriatic Coast of Abruzzo 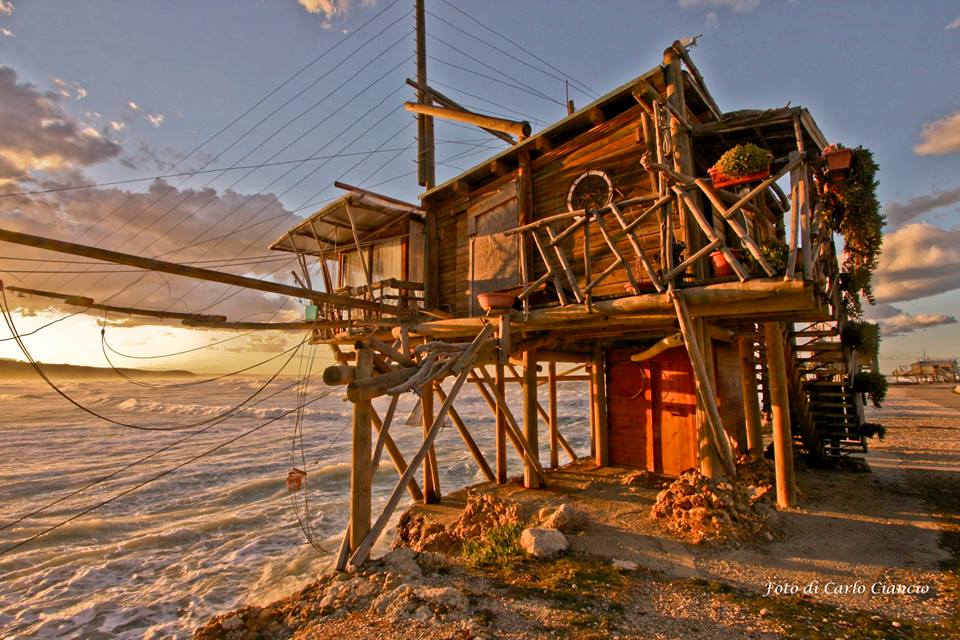 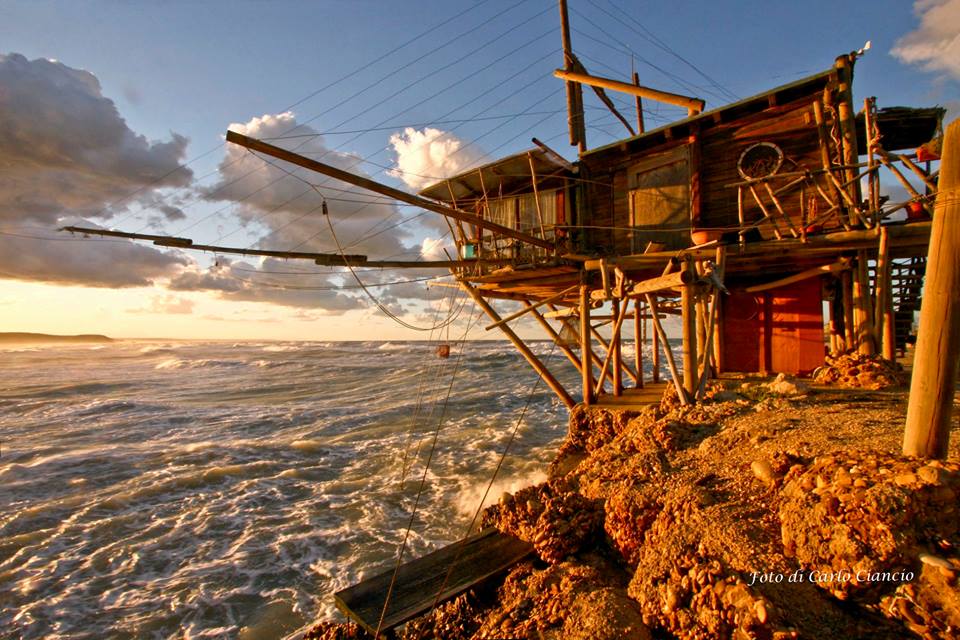 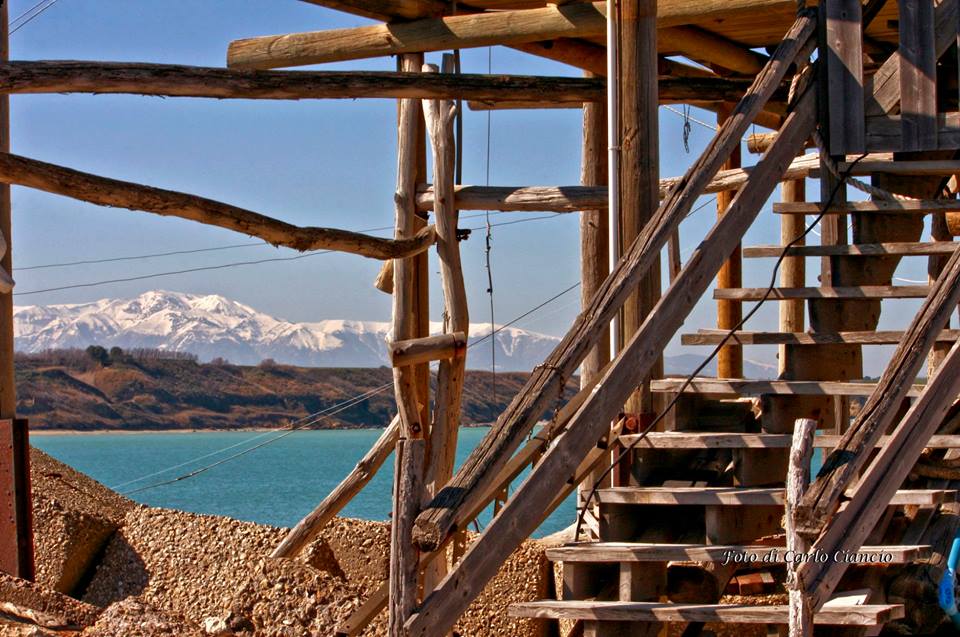 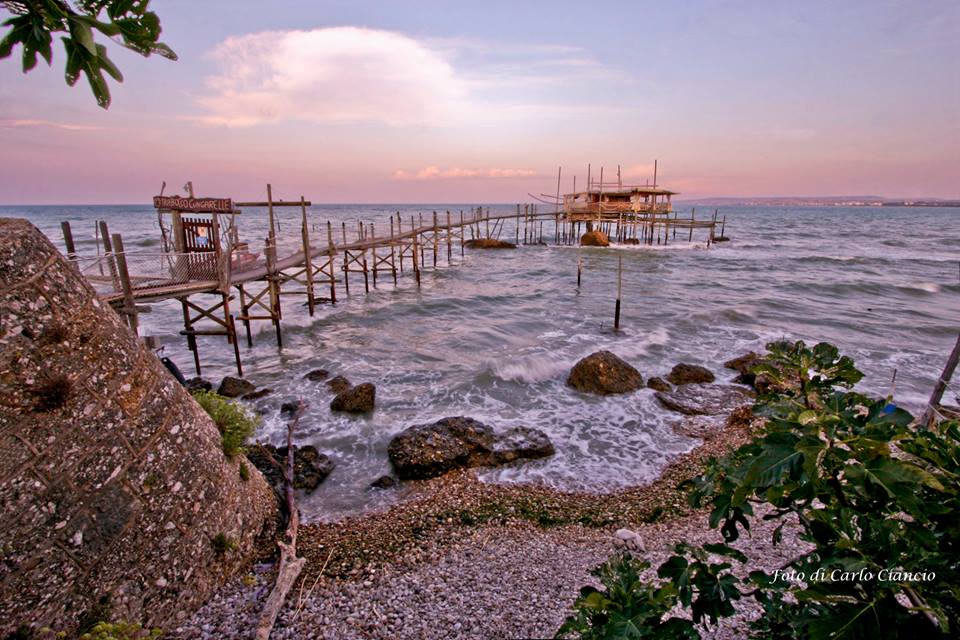 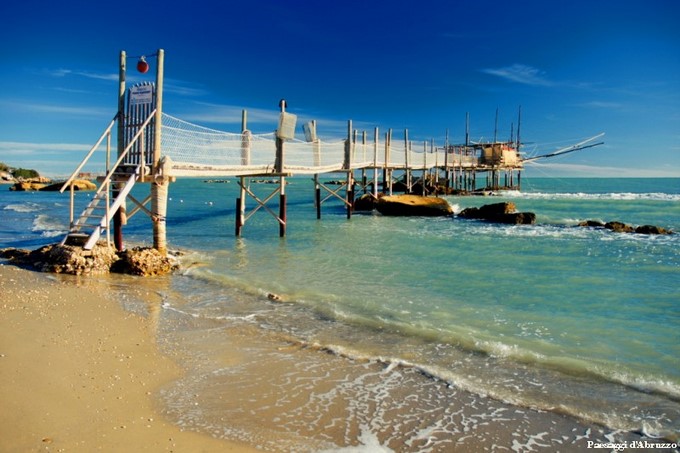 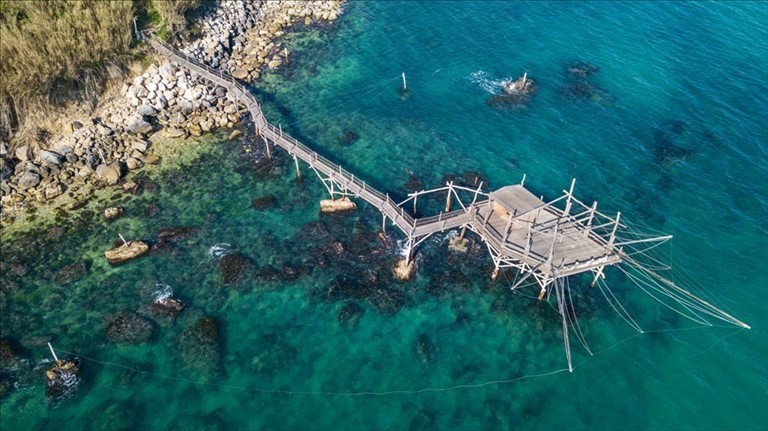 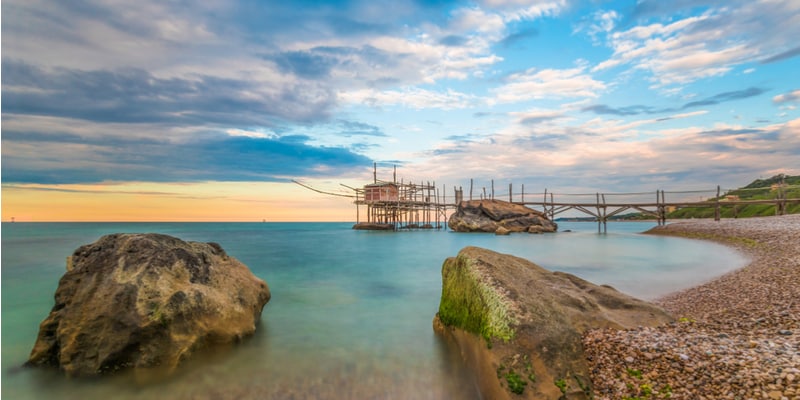 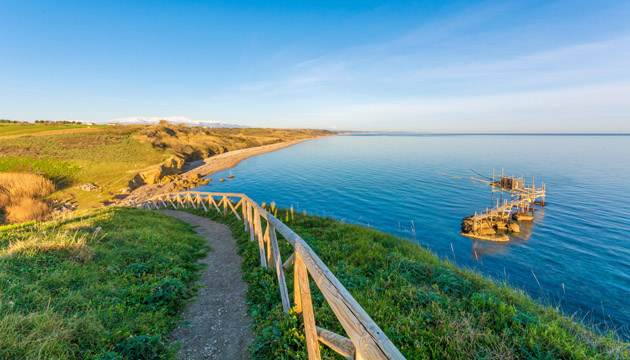