Carunchio town in Abruzzo inside the Natural Park, Italian villages 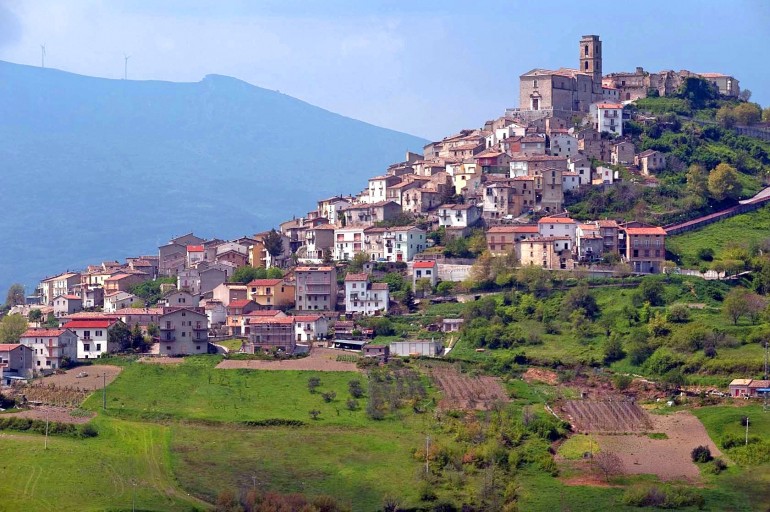 Carunchio is an Italian town of 628 inhabitants of the Chieti province in the Abruzzo region. The village is perched on a hill, to the right of the Treste river, from which you can dominate with a view of much of the Maiella and Gargano, its territory, which covers a mainly mountainous area​​, has a amplitude of about 30 square kilometers.

Carunchio town in Abruzzo inside the Natural Park, Italian villages 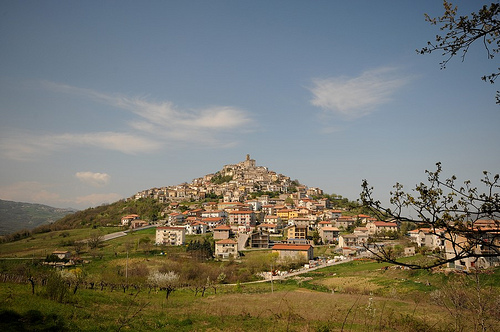 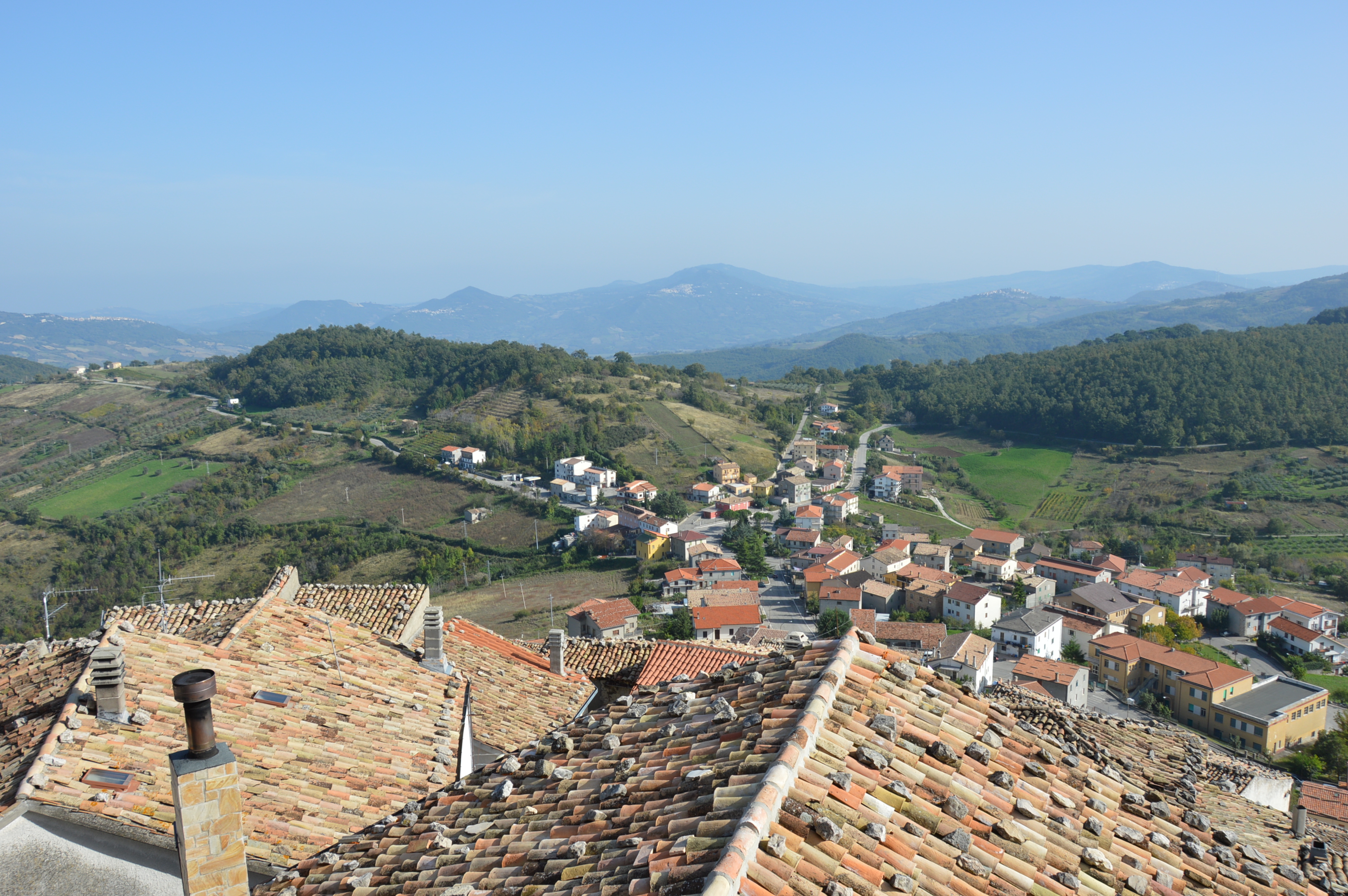 Plant with development concentric rings staggered in height. Probably developed from the twelfth-thirteenth century around a fortified center localizable roughly on the site of the Castelli Palace. 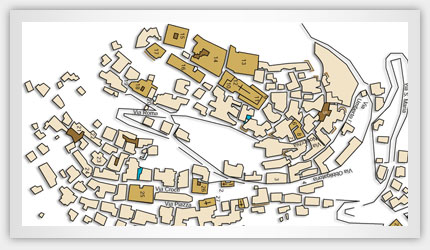 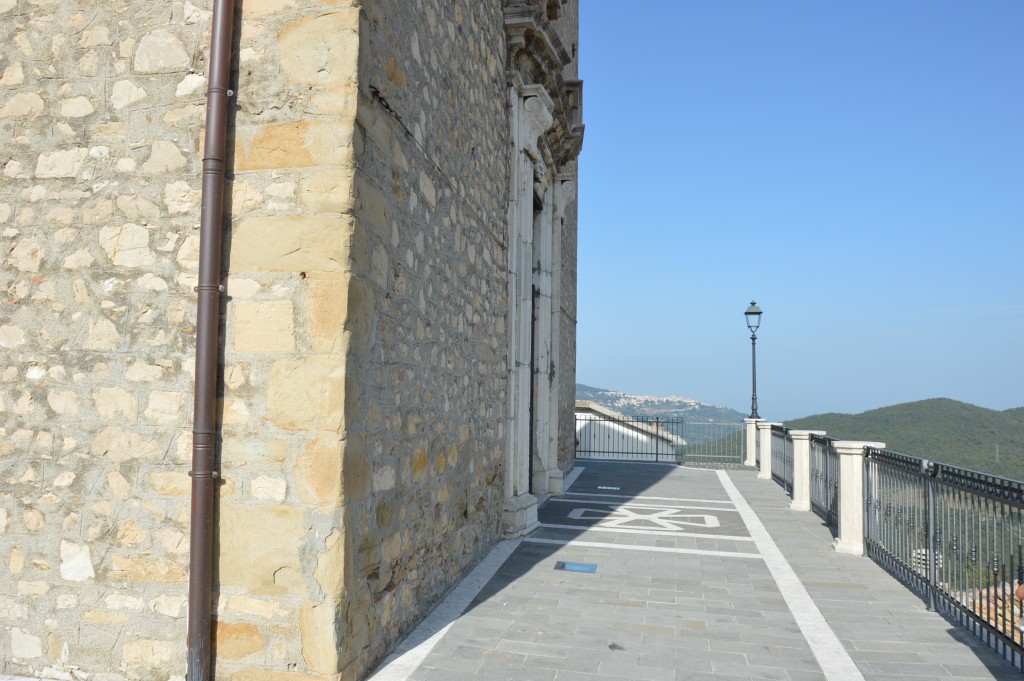 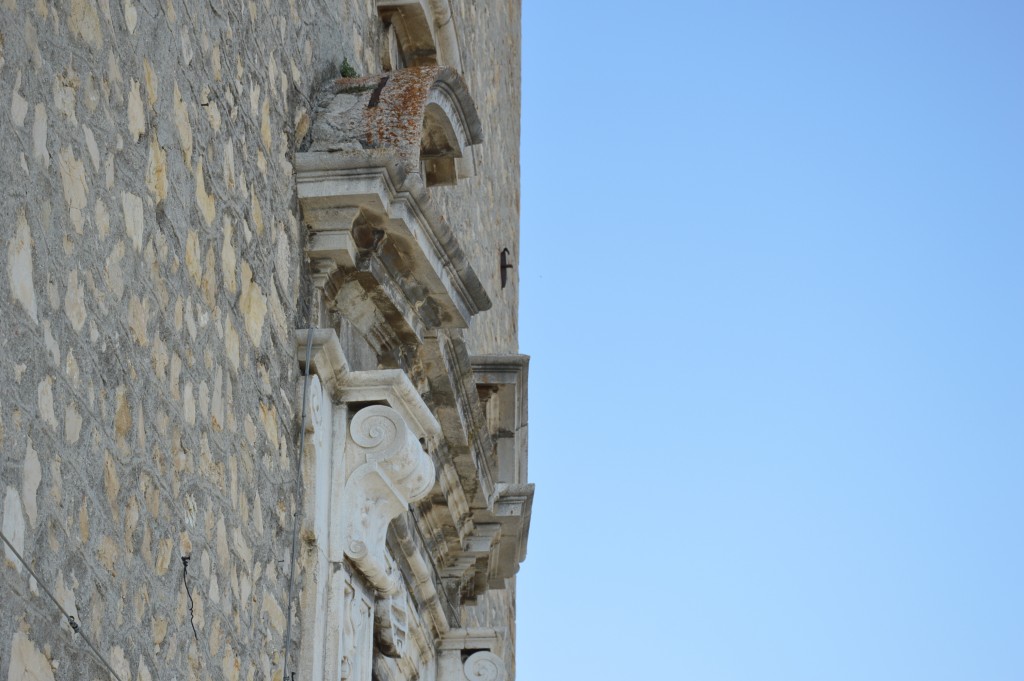 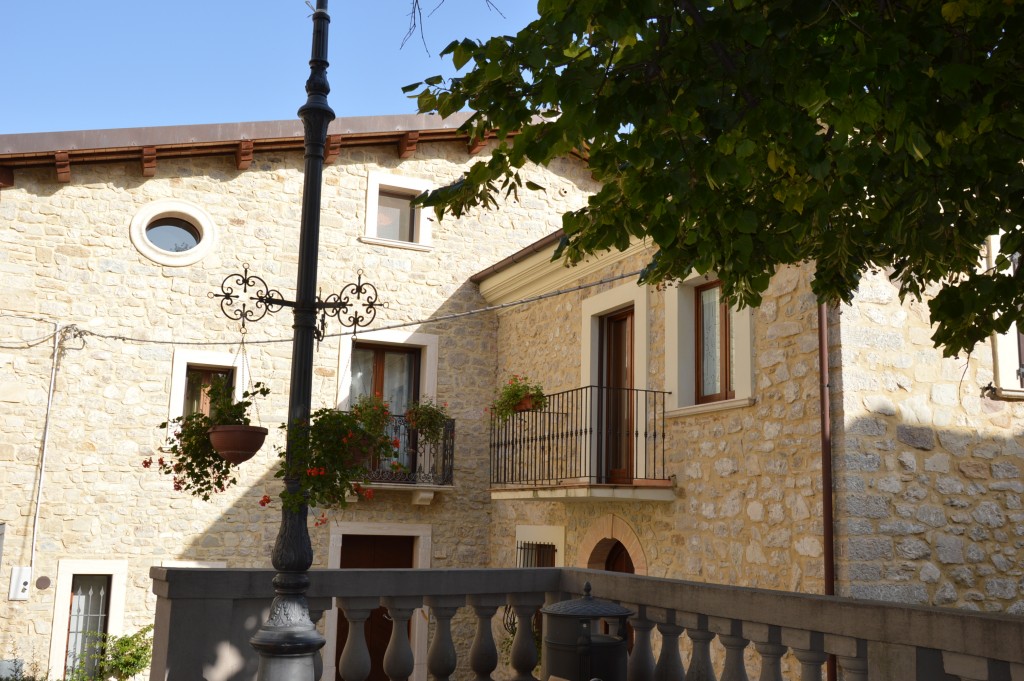 The church at a lower level suggests the secular origin of the feud. It’s already mentioned in the bull of Pope Alexander III in 1173 and in the book of King Roger of the twelfth century deriving its name Carunca (variation of Carob for plow). In the historic center: TURDO palace and castle; parish church of St. John the Baptist. Outside the perimeter, the church of Santa Maria or the Purgatory.

It is said that because of slave and Saracens raids, the primitive village located in Taverna, were abandoned to be rebuilt around 1400 on the current site, more defensible. It became important gathering under it six neighboring parishes: 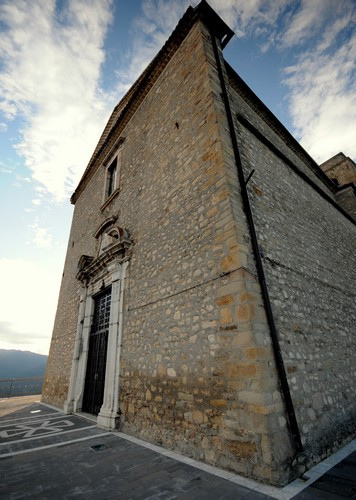 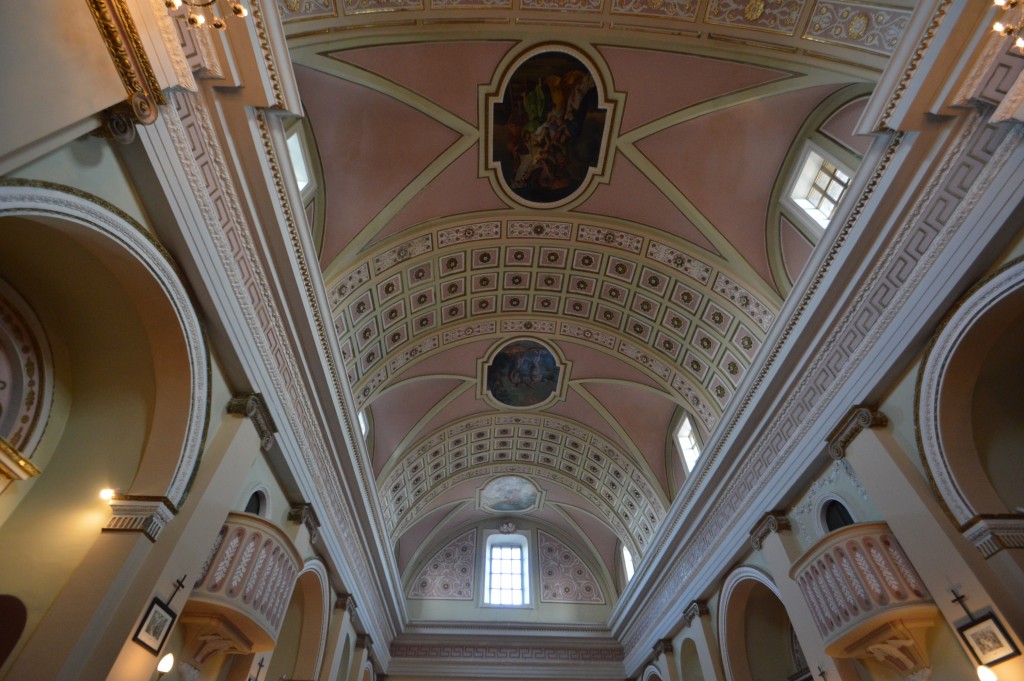 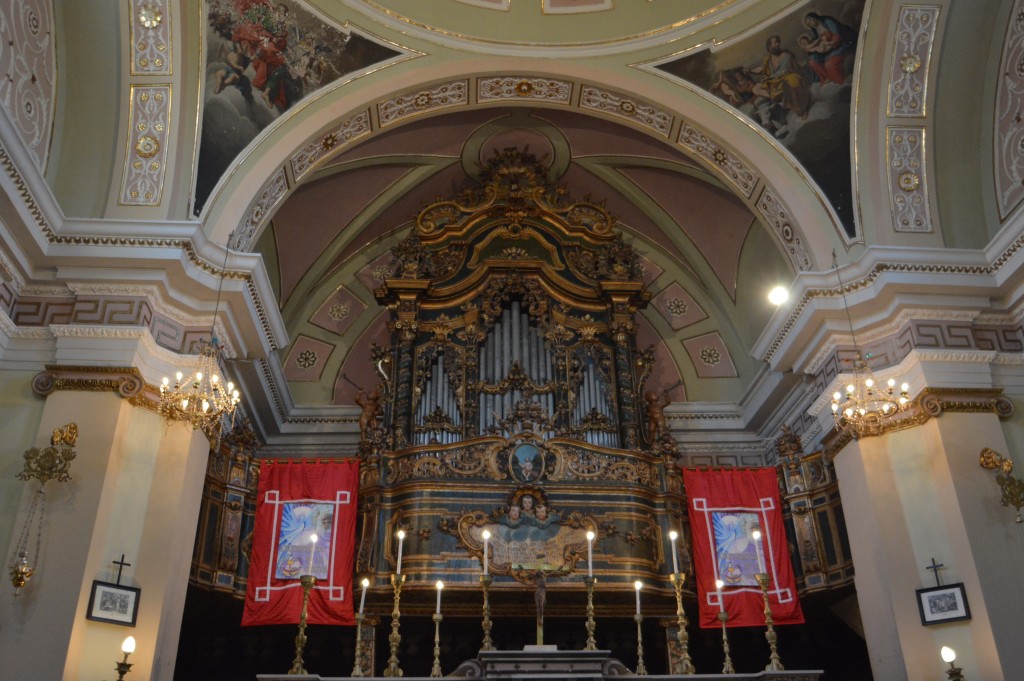 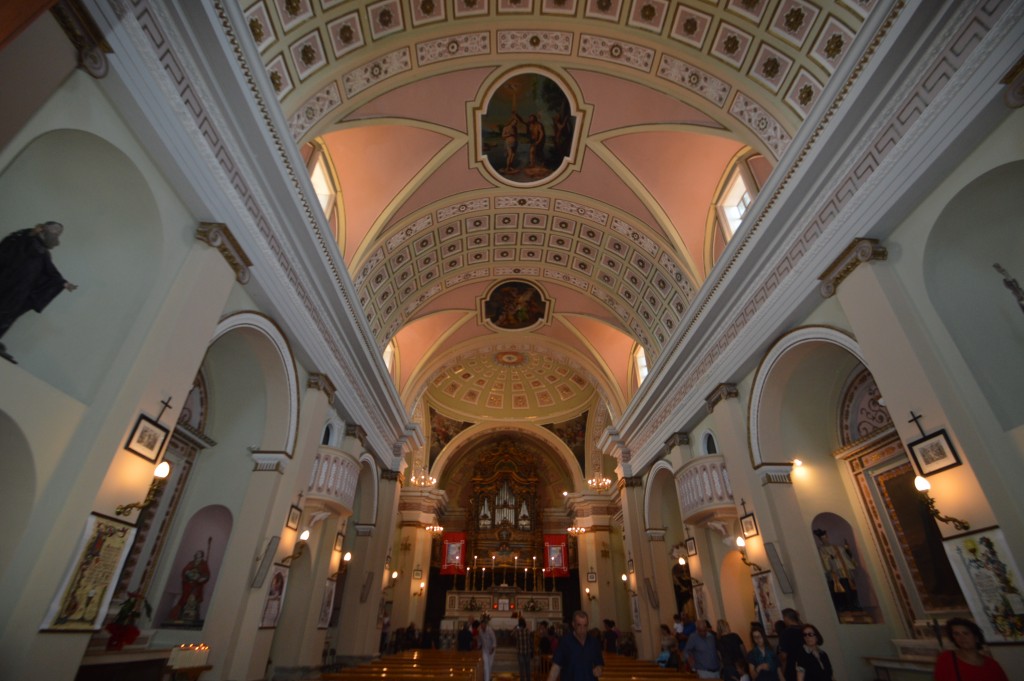 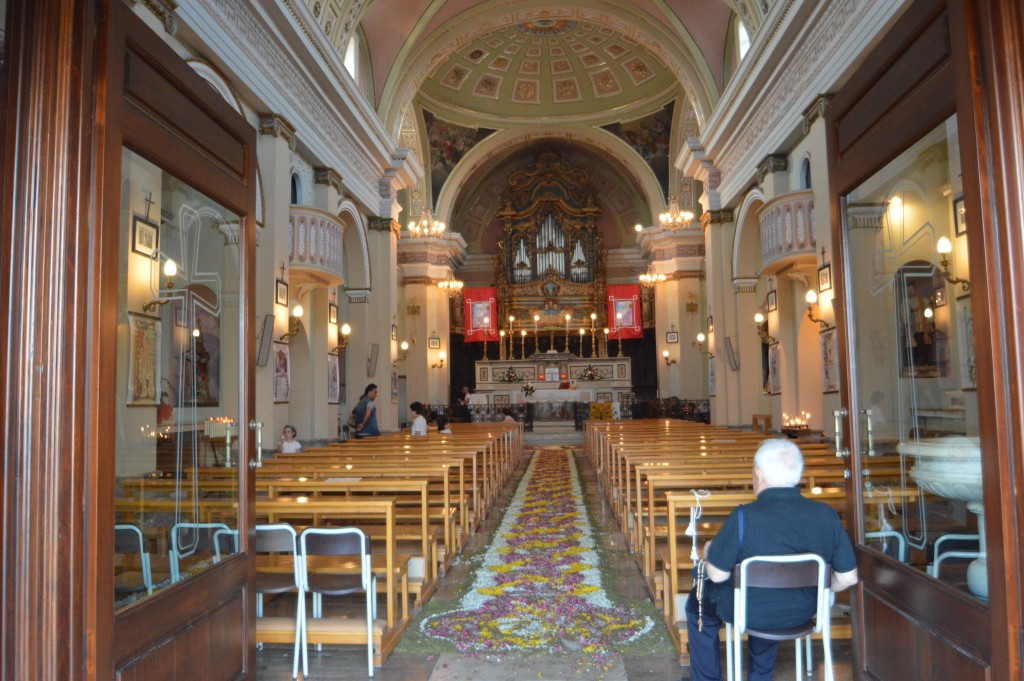 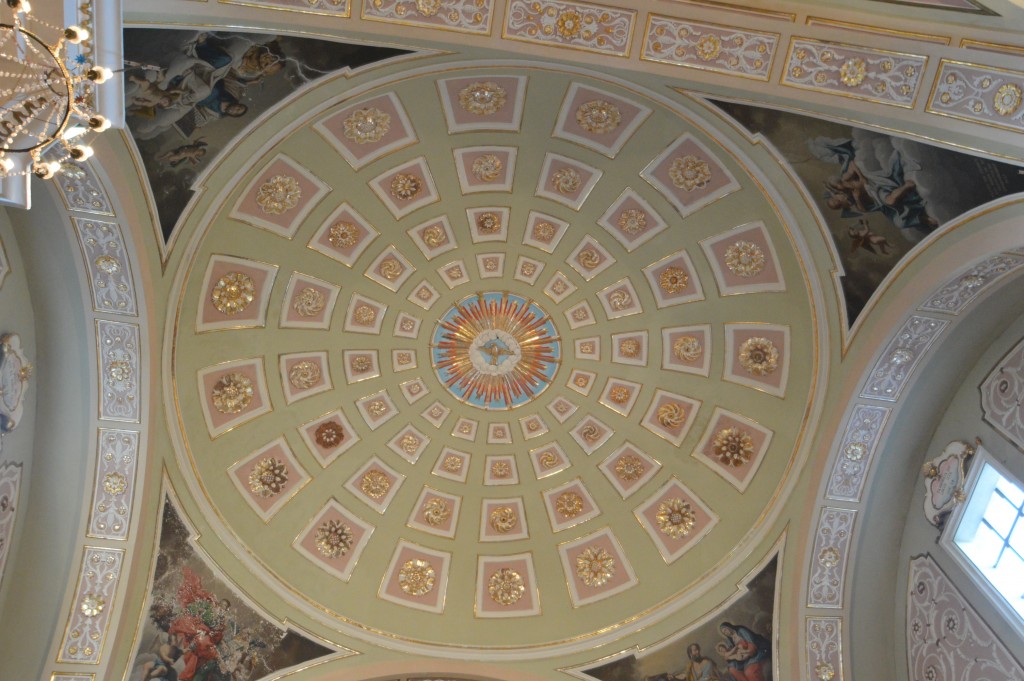 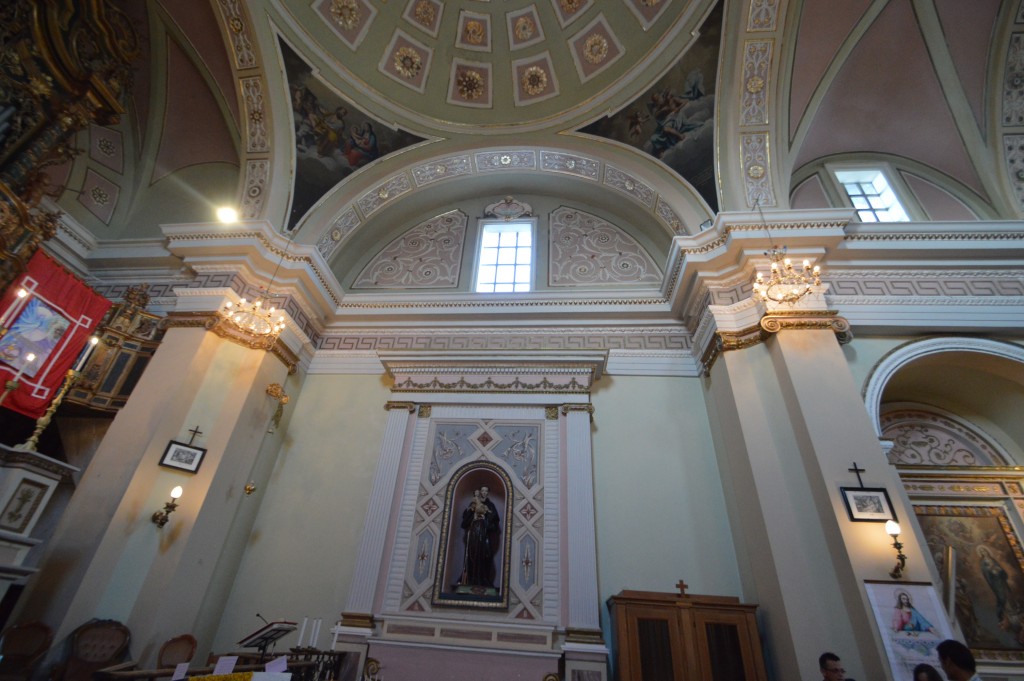 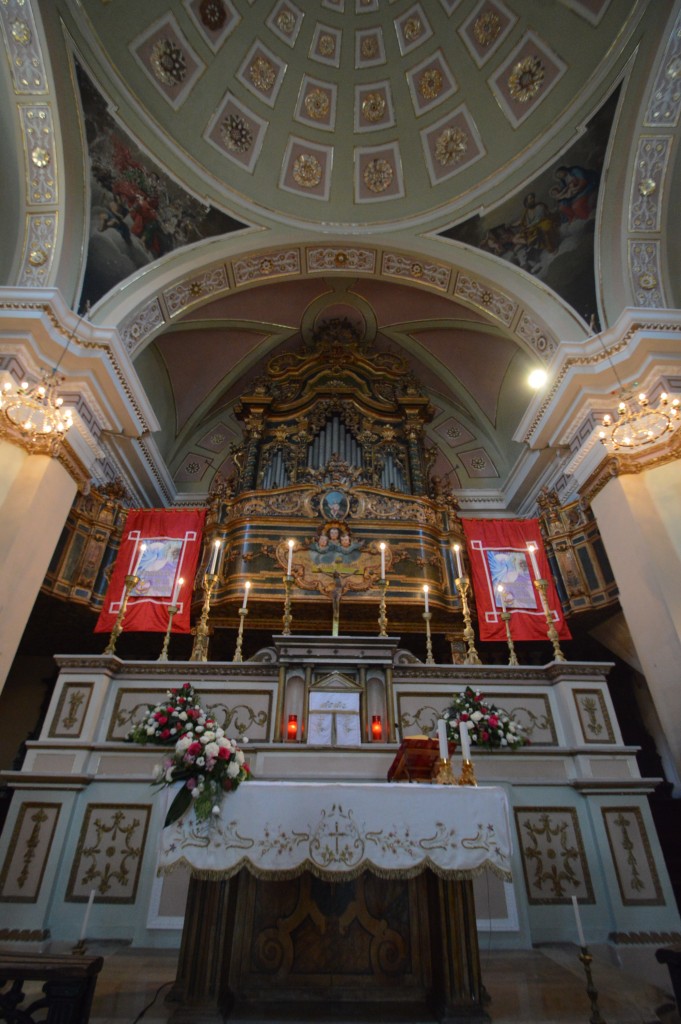 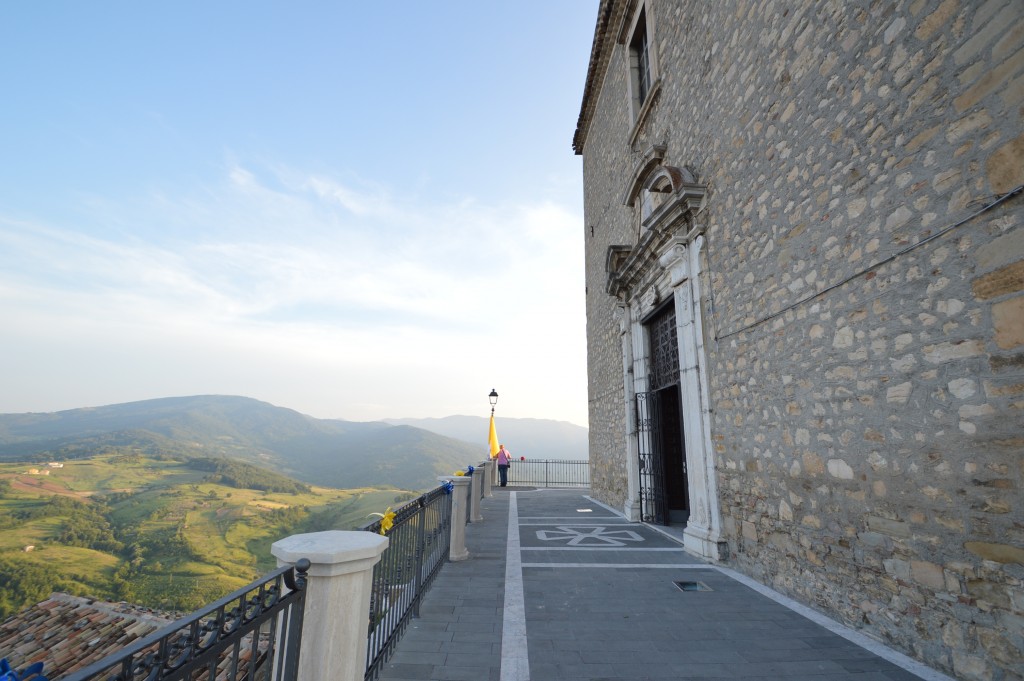 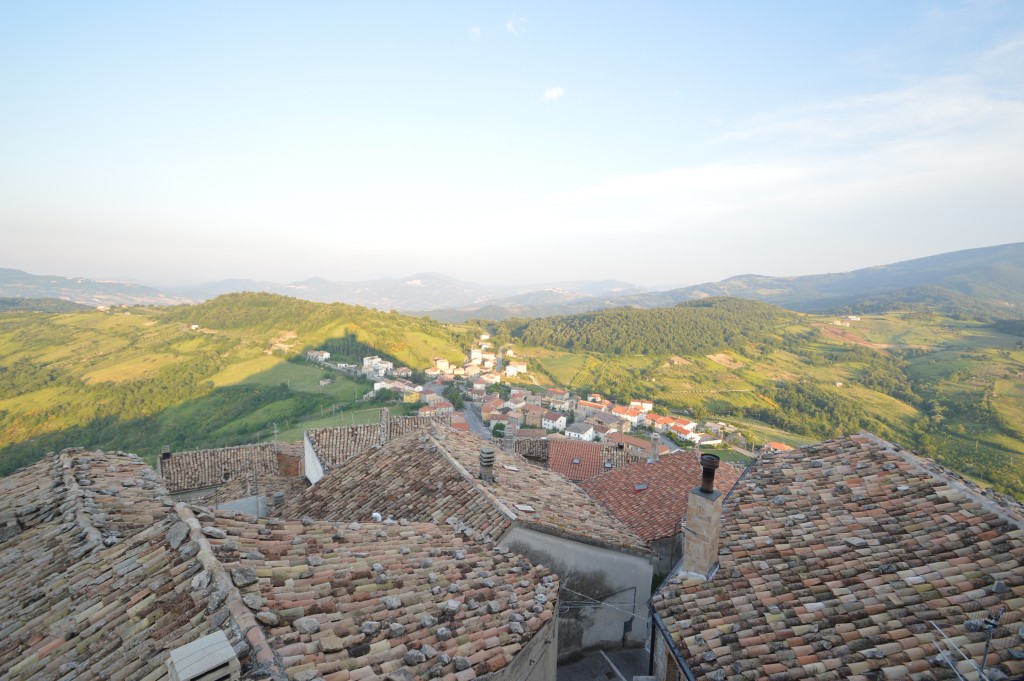 Today there are only four churches: the Mother Church St. John the Baptist, the church of Santa Maria del Purgatorio overlooking the square; 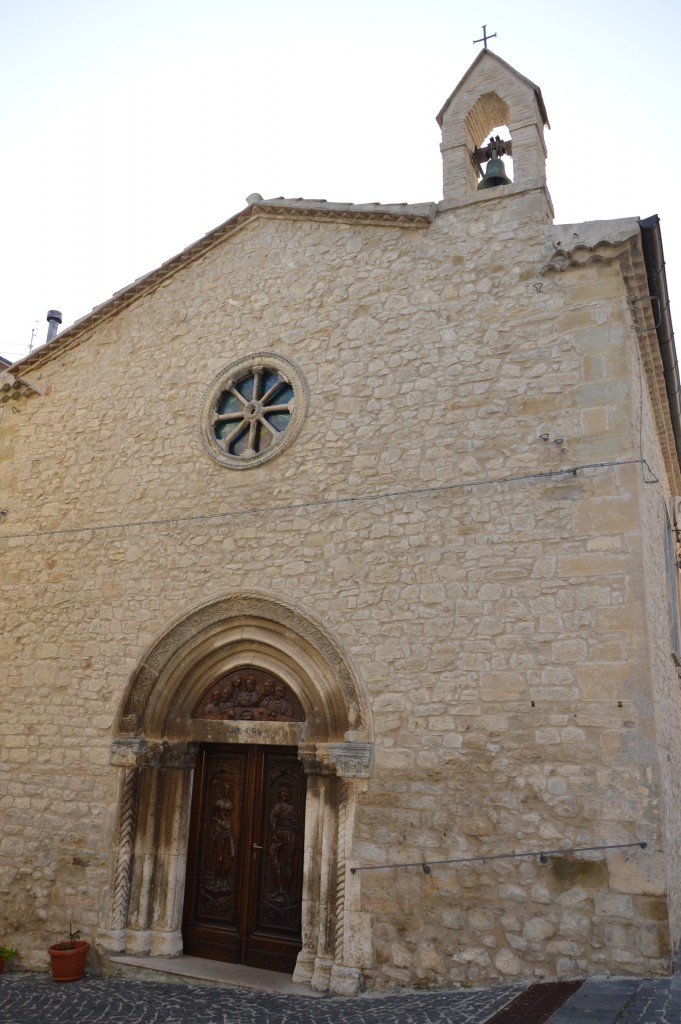 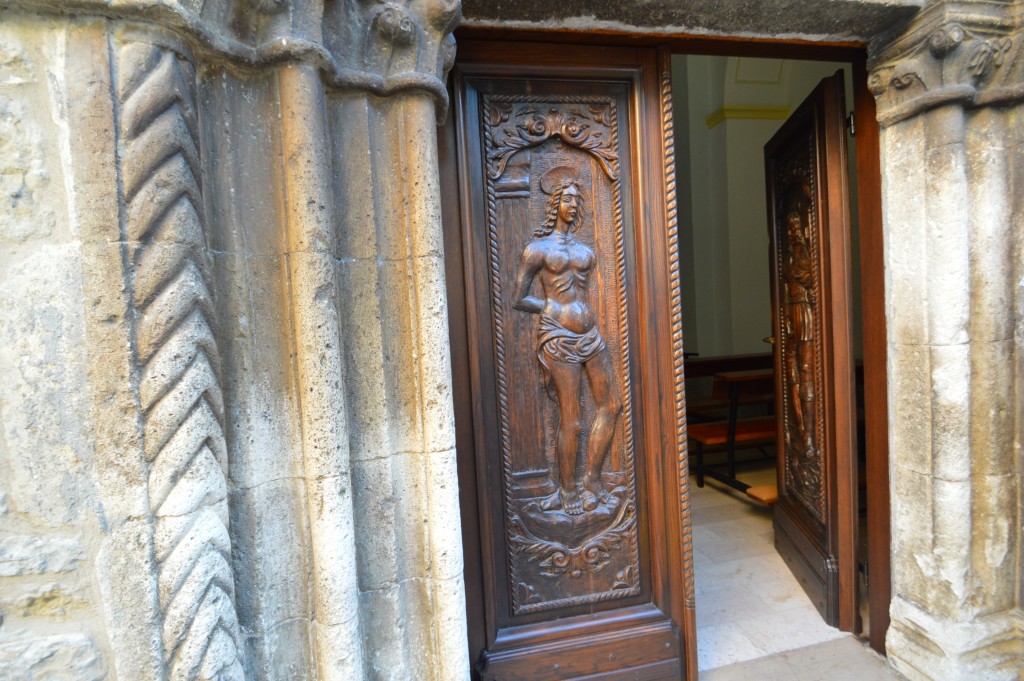 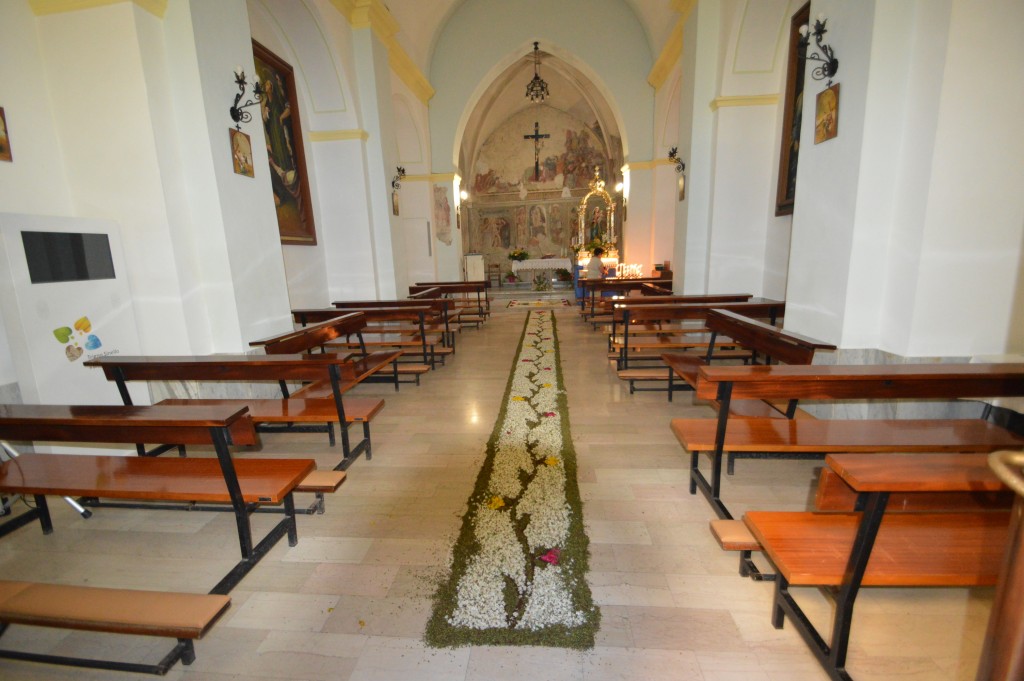 the church of Saint Lucia, who tells built in just eight days, for a vote reconciler, on land donated by Francesco D’Avalos Carunchio Baron and Duke of Celenza and Caracciolo Assunta; the church of Santa Maria della Valle rebuilt in the fifties. There is also a church of  Evangelical worship kind in 1901. The nature park “Valley of Dreams” located in the high hills and mountains of the interior Vastese, appears in the plot of the mountain ranges of Abruzzo as marginal, located south – eastern region and with orographic characters entirely original. In fact, while the view of the mountainous areas of the region is characterized by long chains that are connected (Laga, Gran Sasso, Sirente, Velino, Ernici Simbruini, Monti Marsicani the Abruzzo National Park, Maiella, Morrone) that make up most of the reliefs the central Apennines, which make Abruzzo a predominantly mountainous region, Monti Frentani Vastese interior are characterized by orography less bumpy, with lower and rounded reliefs, albeit that identify a distinct mountain range, do not constitute a real own mountain range. The Monti Frentani rank as a natural gateway to bottom and from Abruzzo, the southern Adriatic to the system of protected natural areas central Apennine. The affected area of ​​the park has a total area of ​​approximately 1,828 hectares and covers the municipalities of Carunchio, Castiglione Messer Marino, Fraine, and Torrebruna. In the area of ​​the Park, not meaningless, are the areas of the river Treste covering an area of ​​about 93 ha. The area is characterized by woods and former arable now abandoned and in the process of re-colonization by the natural vegetation and by cultivating small plots. Vast areas of thermophilic and mesophilic forest together with ex-arable land, now turned into meadows, have directed the original plan the introduction of wild animals such as wild boar and deer. At the center of the affected area it is located the business center, including the various areas ranging from catering, accommodation, conference room and natural and tourist facilities.

In Carunchio (Chieti) renews the most important event of the year: the Feast of Corpus Christi, known as “infiorata”. The event is organized by the whole community of Carunchio, the Parish, by the Town Council and the various associations in the small village. The Eucharistic celebration culminates with the solemn procession of the Blessed that, passing on floral carpets, blesses the entire village and the commitment of all who have worked to achieve them with such care and devotion. 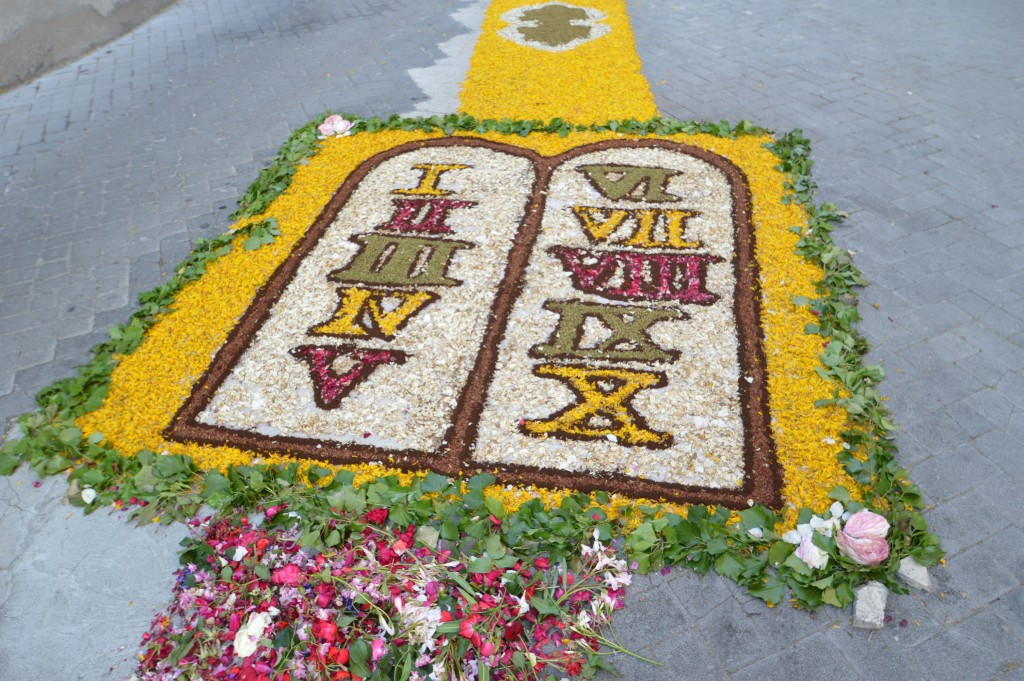 Habitable and spacious house for sale in Carunchio, Abruzzo

novated and furnished house for sale in Carunchio, Abruzzo