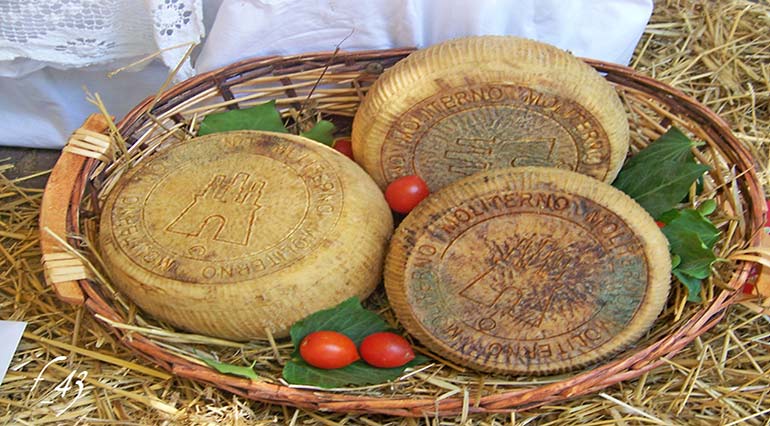 Some similarity with the Apulian “canestrato” underlines the common origin, tied to transhumance between the Tavoliere plains and the pastures of Campo Imperatore. Currently “canestrato”, a hard cheese obtained from whole raw sheep’s milk, with the addition of rennet and salt, is produced on the L’Aquila side of Gran Sasso, in the municipalities of Barisciano, Calascio, Castel del Monte and Villa Santa Lucia. 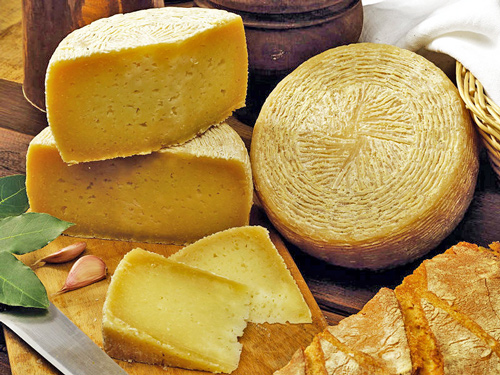 It has a rich and intense fragrance, due to the plants found in the pastures and in the fodder used to feed the sheep, and it may have a slight piquancy.
The milk (which must be freshly drawn or have been immediately refrigerated at about 4°C and kept at that temperature for no more than 12-24 hours) is filtered into a cauldron. The milk is then heated to 38-40°C and sometimes whey or starter cultures may be used to improve acidification by adding thermophilic microbial lactic flora. When coagulation temperature is reached, calf rennet is then added, to make the milk clot, the amounts used being defined by the strength of the rennet itself and the acidity of the milk; the mass is shaken for a few minutes. 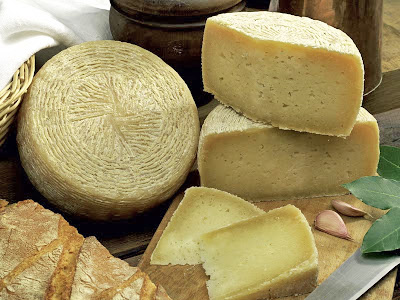 This is then left to rest for 20-30 minutes that are needed to complete coagulation. The texture of the curds obtained is checked and then they are roughly broken up with a skimmer, then, after a short pause, the curds are further broken up and refined into fragments the size of a grain of corn. Lastly, the curds are extracted by hand and placed in small baskets (or “fuscelle”), which give the cheese its typical surface ribbing, where it stays for two days and is turned over at least four times. These baskets are set on a sloping surface, called a “tavolo spersorio”, to help the whey drain off into a container, where it is collected to use as a starter culture. Lastly, dry salting takes place, scattering salt on the upper surface of the cheese and on the rim, turning it in the basket about 12 hours later, then scattering salt the remaining surface. After 12 hours the cheese is removed from the basket, washed in hot water, salted and left to dry and age, usually on a cane trellis or on wooden shelves, in naturally ventilated premises at a temperature of 10-15°C, with relative humidity of 85-90%. The cheese is dried for 25-30 days, when it is then known as “incerato” as it begins to develop a delicate rind. Ageing lasts 4-10 months. The product may be consumed fresh or when just aged, although its traits come into their own when it has been completely aged. In such a mountainous region, livestock has been a vital source of income for local populations  since time immemorial. Over the years characteristic cheeses, like “canestrato”, have been developed and which are an expression of the history and culture of the people of Abruzzo.