Citrus-flavoured oil is produced in the Frentano zone overlooking the Adriatic Sea (Fossacesia, Rocca San Giovanni, San Vito Chietino) and the immediate inland area of the municipality of Lanciano.  The territory enjoys a lavish distribution of olive groves and citrus gardens.

This oil cannot be compared to common aromatized oils since the production method involves the simultaneous pressing of two fresh fruits (olives and citruses), so it has a soft, delicate and almost velvety taste. Lemon is the most popular citrus fruit used, as it is easier to combine with various foods, although oranges, bergamots and mandarins are also used. The selection of the two fruits is based on both ripeness and variety (Gentile di Chieti olives) and the respective percentages may vary. 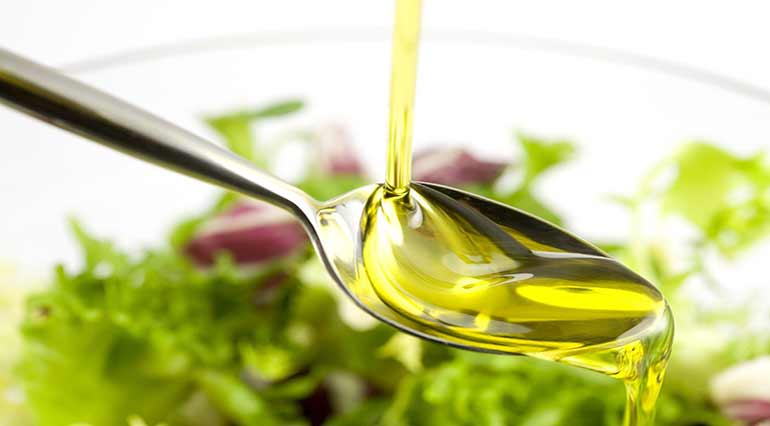 The fruit is stone-ground and when the right density of paste is achieved, it is extracted under controlled pressure, to avoid the loss of compactness caused by the presence of citric acid, which characteristically brings loosening. Of course this means that it takes longer to make the oil and yield is significantly lower, usually about 40% less. The solids are eliminated, while the liquids (water, oil and lemon juice) are collected and centrifuged. The centrifuge causes the water and lemon juice, whose specific weight is almost identical, to run off together, isolating the oil that has captured only the lemon aroma, with no other traces. In actual fact, a trait of oil is that is absorbs the olfactive component of anything it comes into contact with, but when subjected to chemical analysis, it appears to be pure extra virgin olive oil, with no other element present. 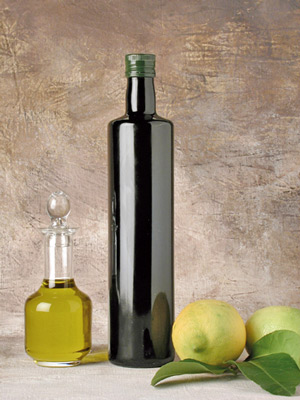 Local country folk explain that citrus-flavoured oil derived from using lemons to clean the mats of the oil presses when grinding was almost finished. The resulting product was strictly for domestic use by mill owners, typically canny peasants who wasted nothing. So citrus-flavoured oil came about almost by chance, but its growing popularity over the years has led many producers to increase the small quantities of product available and market it. Used raw, this oil lends a special touch to salads and vegetables, as well as fish and meats, particularly when boiled or barbecued.