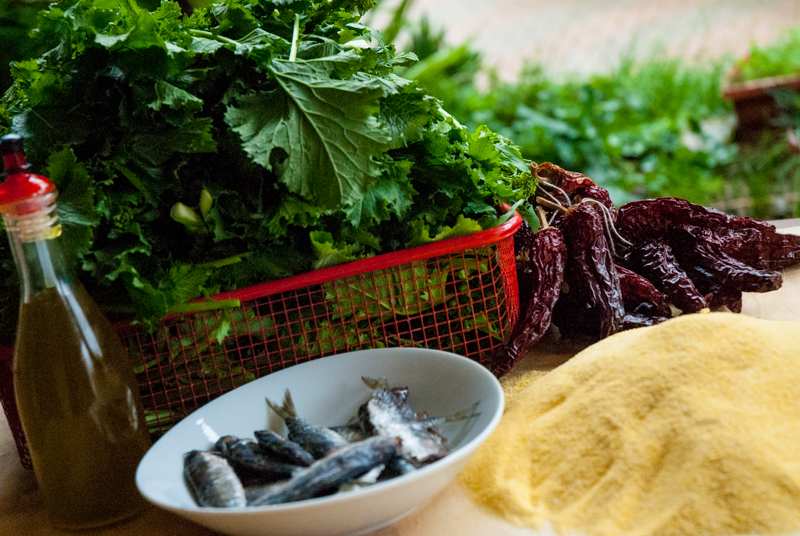 Cornmeal pizza crust with vegetables widespread in Abruzzo, in particular in the Frentano-Sangro area in the Province of Chieti, this is one of the most typical rural dishes, using raw materials available in large quantities. 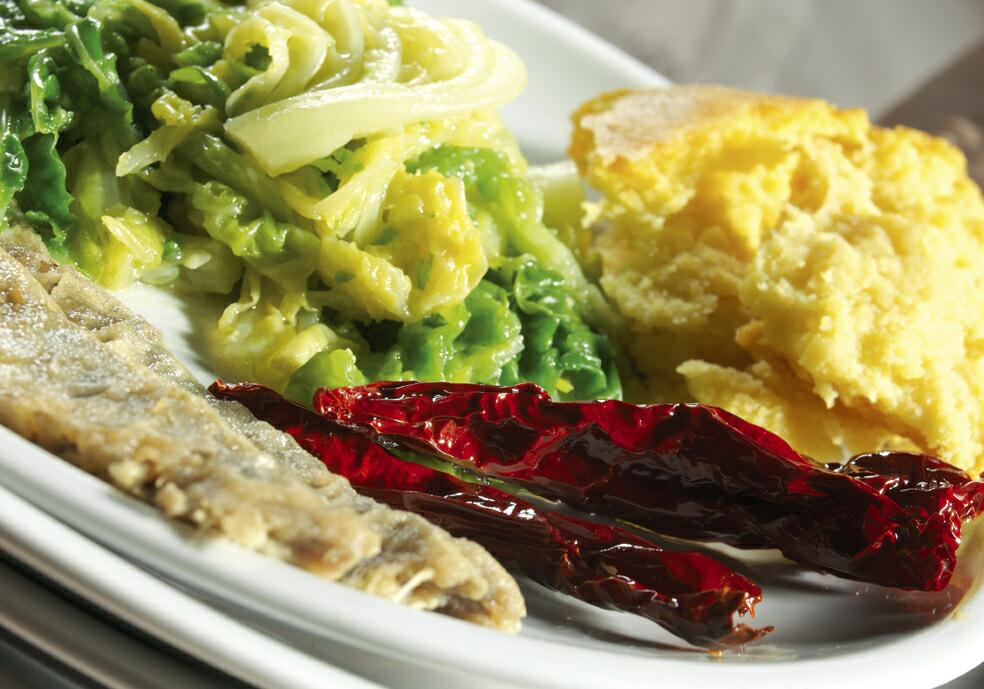 It comprises a Cornmeal pizza crust with vegetables (called “‘randinije”, literally Indian corn, because it originated in the lands discovered by Christopher Columbus, which mistakenly believed to be the Indies) pizza, served with boiled and refried wild chicory leaves, known as “cascigni” or “cacigni”, widespread in the Abruzzo countryside. 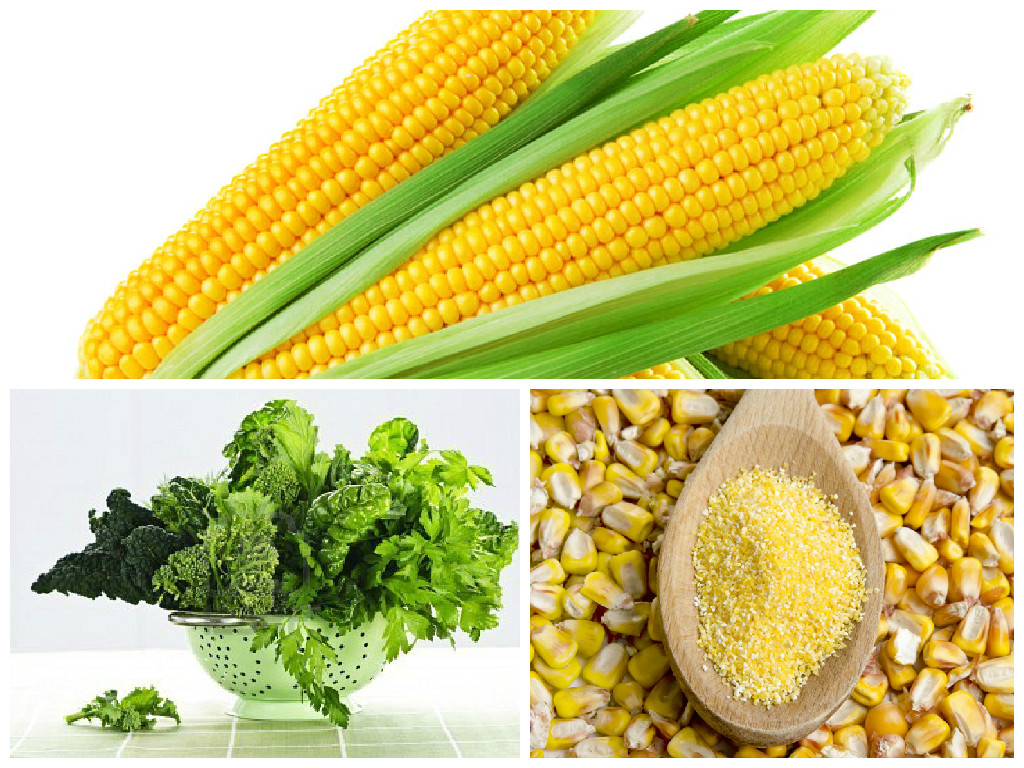 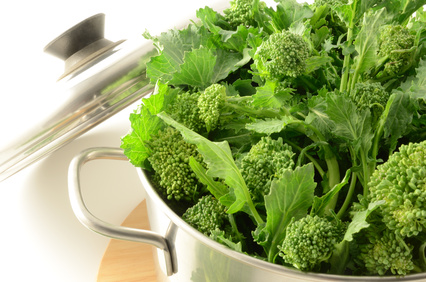 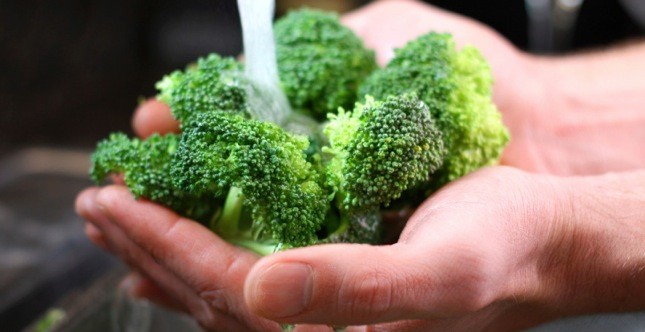 Water is boiled in a large copper pot (“lu callare”, used in the past to cook vegetables on the hearth), or an ordinary saucepan.

As soon as the water boils the broccoli or savoy cabbage is tossed in, with a handful of salt, and the pan is covered with a lid. When the greens are firmly cooked, they are drained and set aside. Then the drained greens are fried for about 15 minutes in an earthenware pot with a small amount of extra virgin olive oil, the cloves of garlic and dried seeded peppers. 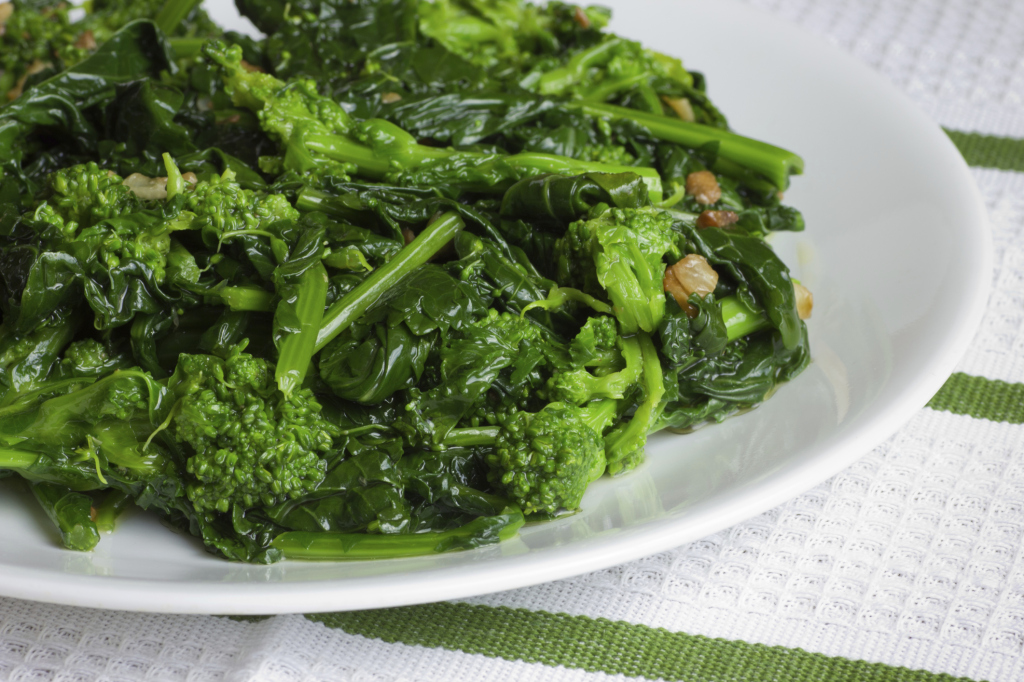 To make the pizza, the cornmeal is sieved onto a pastry board and mixed by hand with warm water. 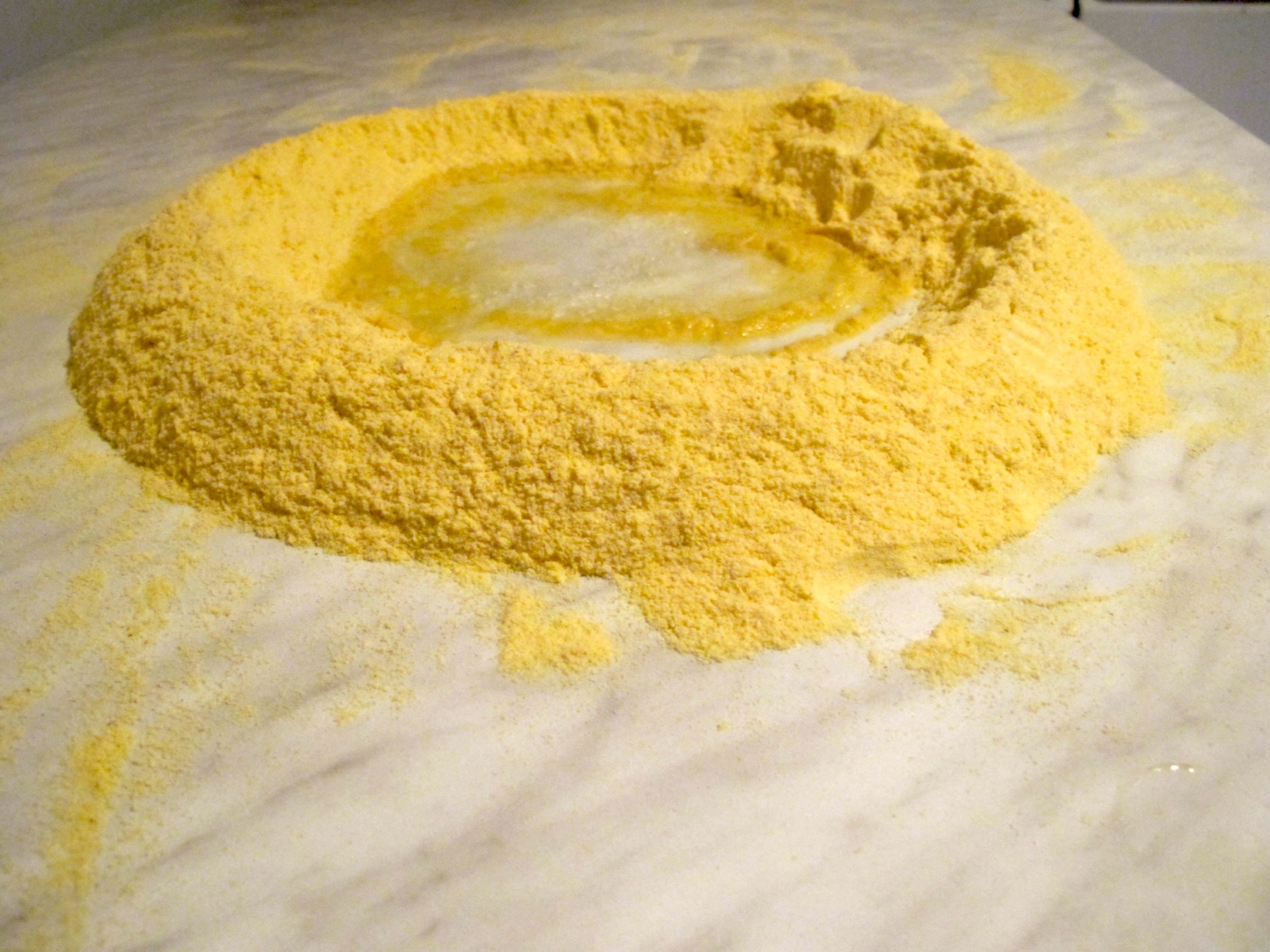 The dough should be soft and even. A round pizza, about 2-3 centimetres high, is made and cooked (either in the oven under a “coppo” lid), until the surface forms a golden crust and the interior is seen to be dry. 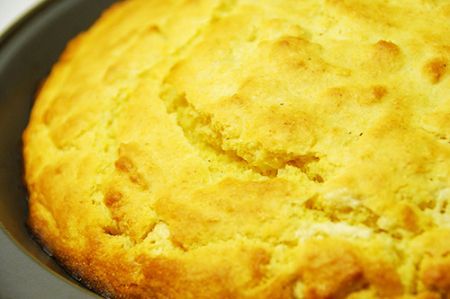 The pizza is then served with the previously prepared vegetables. In the past is was customary to cook on an open hearth, which was cleaned beforehand with “lu mognele” (a cloth used to clean inside wood-burning ovens and hearths). For this case the food was cooked using a “coppo”, a sort of iron lid that was filled with embers and placed over the cornmeal pizza to cook it. The cooking time depended on the fire, the ashes and the embers. In many areas of Abruzzo it is still common to cook with this method. 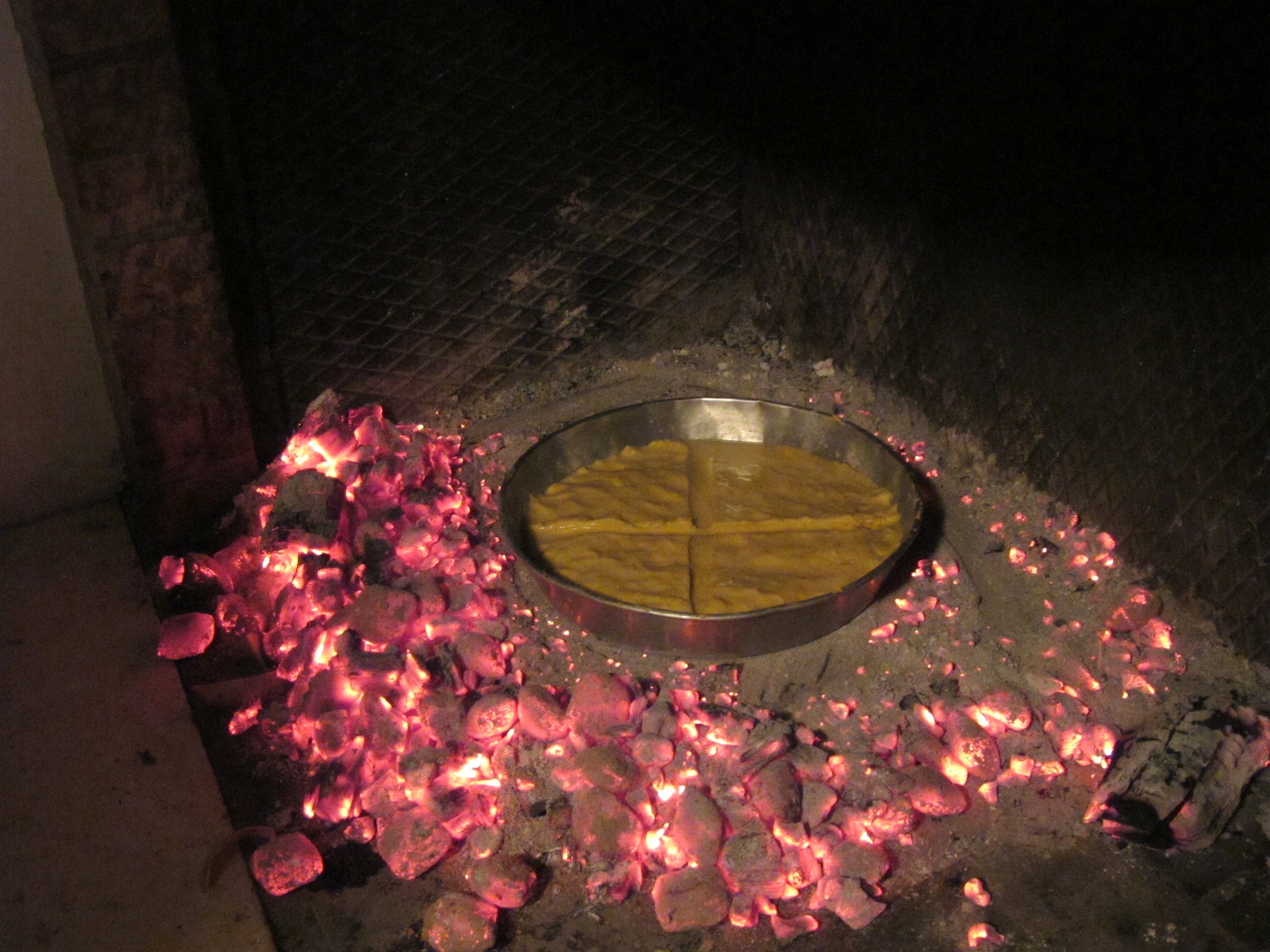 Cornmeal pizza crust with vegetables “Pizz’ e foje” is a typical Valle del Sangro recipe that derived from the need to enrich the diet of those who lived mainly off corn, which at one time carried the risk of pellagra, by adding wild chicory or “cascigni”.