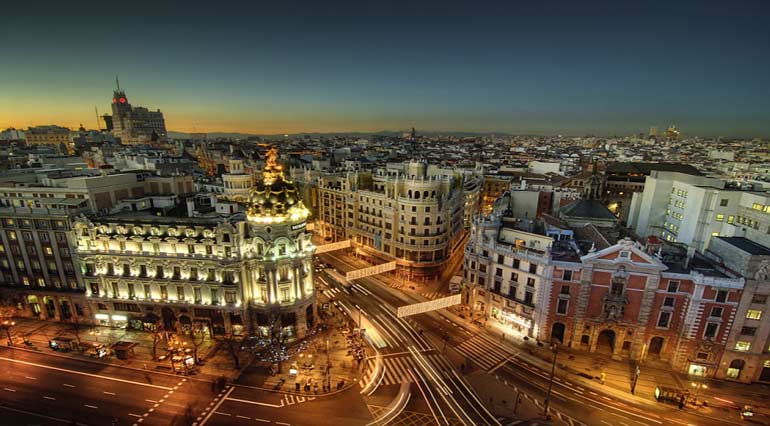 Spain, is a sovereign state and a member of the European Union located in southwestern Europe on the Iberian Peninsula. Its mainland is bordered to the south and east by the Mediterranean Sea except for a small land boundary with the British Overseas Territory of Gibraltar, to which Spain lays claim; to the north and north east by France, Andorra, and the Bay of Biscay; and to the northwest and west by the Atlantic Ocean and Portugal. 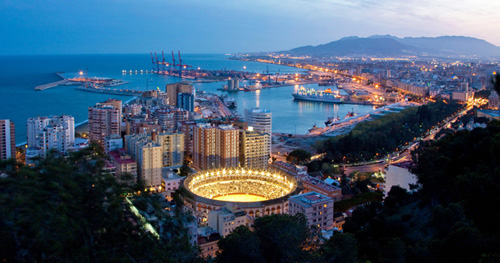 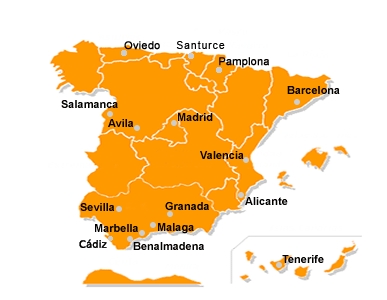 Spanish territory also includes the Balearic Islands in the Mediterranean, the Canary Islands in the Atlantic Ocean off the African coast, and two autonomous cities in North Africa, Ceuta and Melilla, that border Morocco plus Alborán island, the Chafarinas islands (Islas Chafarinas), Alhucemas island and Perejil (Parsley island). Furthermore, the town of Llívia is a Spanish exclave situated inside French territory. With an area of 505,992 square kilometres (195,365 sq mi), it is the fourth largest country in Europe.

Because of its location, the territory of Spain was subject to many external influences since prehistoric times and through to its dawn as a country. Spain emerged as a unified country in the 15th century, following the marriage of the Catholic Monarchs and the completion of the reconquest, or Reconquista, of the Iberian peninsula in 1492. Conversely, it has been an important source of influence to other regions, chiefly during the modern era, when it became a global empire that has left a legacy of over 500 million Spanish speakers today, making it the world’s second most spoken first language.

Spain is a democracy organised in the form of a parliamentary government under a constitutional monarchy. It is a developed country with the twelfth largest economy in the world by nominal GDP, and very high living standards, including the tenth-highest quality of life index rating in the world, as of 2005. It is a member of the United Nations, NATO, OECD, and WTO. 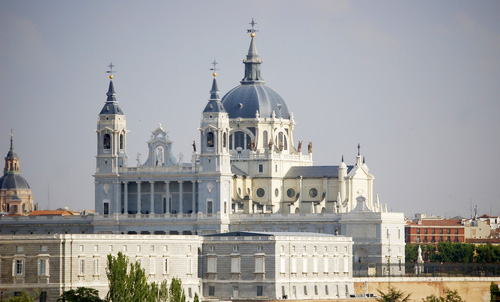 The Iberian peninsula enters written records as a land populated largely by the Iberians, Basques and Celts. After an arduous conquest, the peninsula came under the rule of Rome. During the early Middle Ages it came under Germanic rule but later, it was conquered by Moorish invaders from North Africa. In a process that took centuries, the small Christian kingdoms in the north gradually regained control of the peninsula. The last Moorish kingdom fell in the same year Columbus reached the Americas. A global empire began which saw Spain become the strongest kingdom in Europe and the leading world power for a century and a half and the largest overseas empire for three centuries. 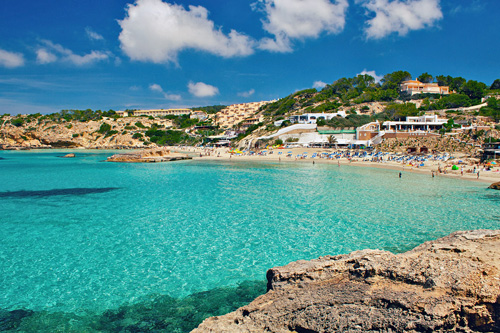 Continued wars and other problems eventually led to a diminished status. The Napoleonic invasions of Spain led to chaos, triggering independence movements that tore apart most of the empire and left the country politically unstable. Prior to the Second World War, Spain suffered a devastating civil war and came under the rule of an authoritarian government, whose rule oversaw a period of stagnation but that finished with a powerful economic surge. Eventually democracy was peacefully restored in the form of a parliamentary constitutional monarchy. In 1986, Spain joined the European Union, experiencing a cultural renaissance and steady economic growth. 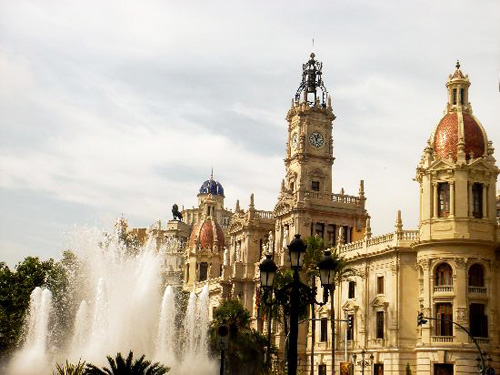 On the west, Spain borders Portugal; on the south, it borders Gibraltar (a British overseas territory) and Morocco, through its exclaves in North Africa (Ceuta, Melilla, and Peñón de Vélez de la Gomera). On the northeast, along the Pyrenees mountain range, it borders France and the tiny principality of Andorra. Along the Pyrenees in Gerona, a small exclave town called Llívia is surrounded by France.

Three main climatic zones can be separated, according to geographical situation and orographic conditions:

•The Mediterranean climate, characterized by dry and warm summers. According to the Köppen climate classification, it is dominant in the peninsula, with two varieties: Csa and Csb. The Köppen-Geiger classification (Csb), extends to additional areas not typically associated with a typical Mediterranean climate, with a climate more extreme, hot in summer and cold in winter, such as much of central and northern-central of Spain (Ex. Madrid, Burgos, Leon).
•The semiarid climate (Bsh, Bsk), located in the southeastern quarter of the country, especially in the region of Murcia and in the Ebro valley. In contrast with the Mediterranean climate, the dry season extends beyond the summer.
•The oceanic climate (Cfb), located in north quarter of the country, especially in the region of Basque Country, Asturias, Cantabria and partly Galicia. In contrary to the Mediterranean climate, winter and summer temperatures are influenced by the ocean, and have no seasonal drought.

Apart from these main types, other sub-types can be found, like the alpine climate in the Pyrenees and Sierra Nevada, and a typical subtropical climate in the Canary Islands. 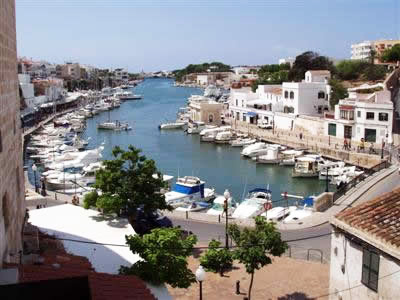 During the last four decades the Spanish tourism industry has grown to become the second biggest in the world, worth approximately 40 billion Euros, about 5% of GDP, in 2006. Today, the climate of Spain, historical and cultural monuments and its geographic position together with its facilities make tourism one of Spain’s main national industries and a large source of stable employment and development. The Spanish hotel star rating system has requirements much more demanding than other European countries, so at a given rating Spanish accommodations worth higher. 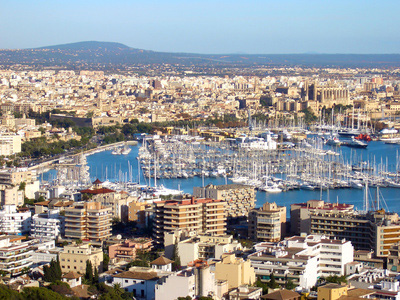 The Spanish Constitution of 1978, in its second article, recognises historic entities (“nationalities”, a carefully chosen word in order to avoid the more politically charged “nations”) and regions, within the context of the Spanish nation. For some people, Spain’s identity consists more of an overlap of different regional identities than of a sole Spanish identity. Indeed, some of the regional identities may even conflict with the Spanish one.[clarification needed] Distinct traditional regional identities within Spain include the Basques, Catalans, Galicians and Castilians, among others. 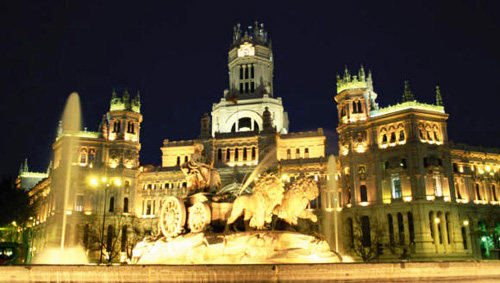 It is this last feature of “shared identity” between the more local level or Autonomous Community and the Spanish level which makes the identity question in Spain complex and far from univocal.

Culturally, Spain is a Western country. Because of the great strength of the Roman heritage in almost every aspect of Spanish life, Spain is often described as a Latin country. Nevertheless, there have been many influences on many aspects of Spanish life, from art and architecture to cuisine and music, from many countries across Europe and from around the Mediterranean, through its long history. 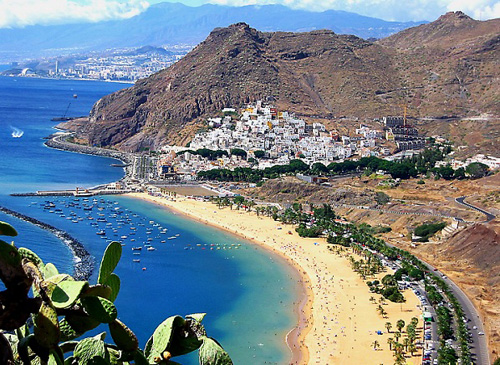 Spanish cuisine consists of a great variety of dishes which stem from differences in geography, culture and climate. It is heavily influenced by seafood available from the waters that surround the country, and reflects the country’s deep Mediterranean roots. Spain’s extensive history with many cultural influences has led to a unique cuisine. In particular, three main divisions are easily identified: 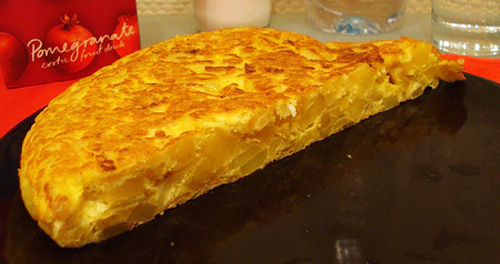 Mediterranean Spain.- all such coastal regions, from Catalonia to Andalusia: heavy use of seafood, such as pescaíto frito; several cold soups like gazpacho; and many rice-based dishes like paella from Valencia and arroz negro from Catalonia. 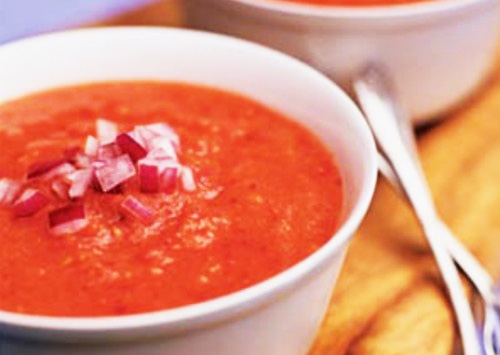 Inner Spain – Castile.- hot, thick soups such as the bread and garlic-based Castilian soup, along with substantious stews such as cocido madrileño. Food is traditionally conserved by salting, like Spanish ham, or immersed in olive oil, like Manchego cheese. 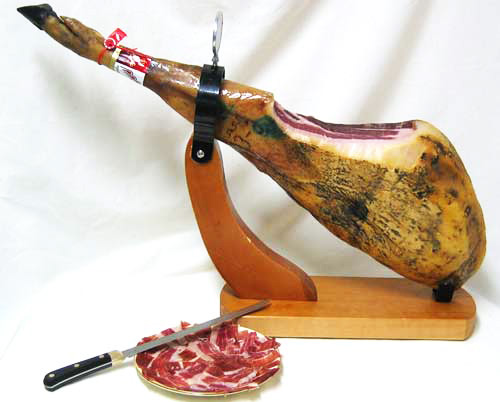 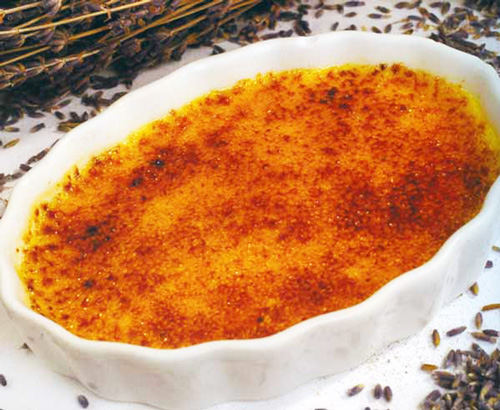 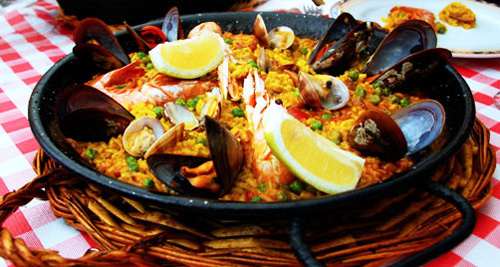 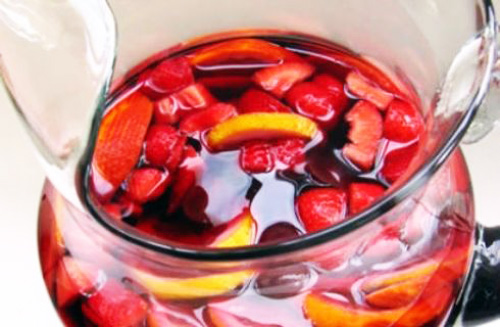 Dominican Republic
Germany
Everything will be all right … Tutto andrà b...
Italy