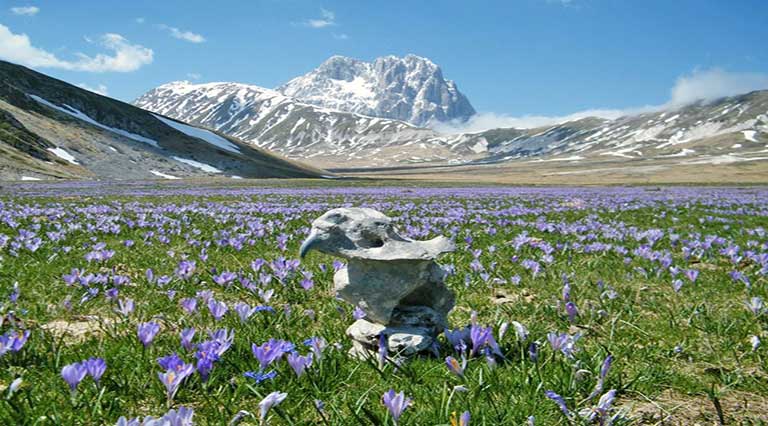 Gran Sasso d’Italia is a mountain located in the Abruzzo region of central Italy. The Gran Sasso forms the centrepiece of the Gran Sasso e Monti della Laga National Park which was established in 1993 and holds the highest mountains in continental Italy south of the Alps and is part of the Apennines, the mountain range that runs the entire length of the Italian Peninsula.

Teramo and L’Aquila are the nearest cities to the Gran Sasso, while Assergi, at the base of the mountain, is the nearest village; Rome is 132 kilometres (82 mi) by road. 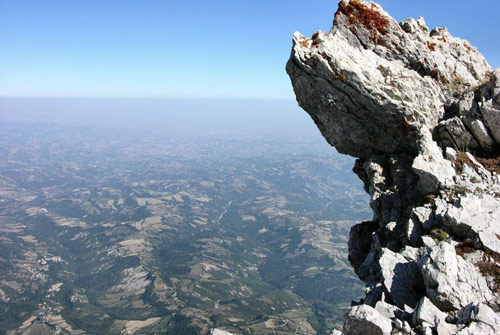 The three main summits of the Gran Sasso are Corno Grande, which at 2,912 metres is the highest peak in the Apennines, nearby Corno Piccolo and Pizzo Intermésoli, which is separated from the other two peaks by Val Maone, a deep valley. Corno Grande and Corno Piccolo’s ash coloration come from their limestone and dolomite composition. The peaks are snow-covered for much of the year though the snow cover appears to be less each decade. Corno Piccolo is referred to as, “The Sleeping Giant”. This is due to the appearance of a profile of a reclined face. This view of Corno Piccolo is evident when viewing the mountain from Pietracamela, a small town near Prati di Tivo, on the north side of the mountain. Corno Grande and Corno Piccolo with their rough vertical walls provide serious rock climbers some of the best climbing in Europe. 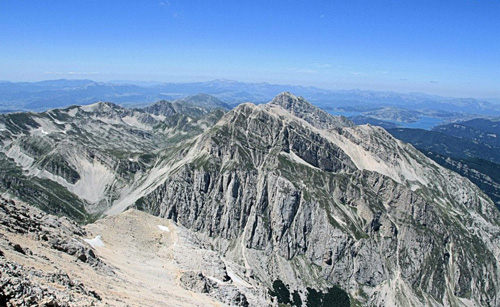 Situated below the peak of the Corno Grande is the Calderone glacier, until 2009 the southernmost known glacier in Europe; deglaciation has significantly reduced the glacier’s size. Glaciologists now question whether the glacier will survive past 2020. 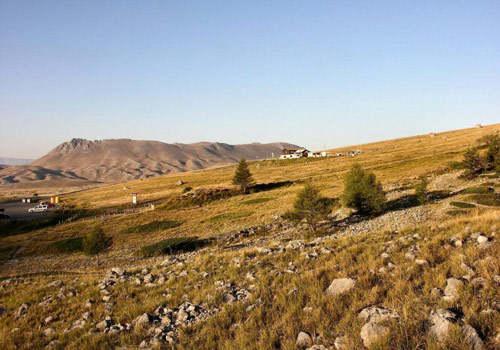 The mid- to lower slopes of the Gran Sasso are grazed in spring, summer and autumn by large flocks of sheep guarded by Maremmano-Abruzzese sheepdogs as well as herds of cattle and semi-wild horses. The pastures are covered with field grasses and meadowland wildflowers. The park is also the habitat for diverse wildlife from rare species such as the Apennine wolf, the Marsican bear, wildcat and the Abruzzo chamois, (Rupicapra pyrenaica ornata), a variety of chamois at the very edge of extinction but now making a comeback in the park through a joint effort by WWF Italia and the park administration. Other species of wildlife include wild boar, foxes, grass snakes such as Orsini’s viper, and a wide variety of bird life including golden eagles, peregrine, goshawks, Ortolan buntings, rock sparrows, crested larks, red-backed shrikes and downy pipits. 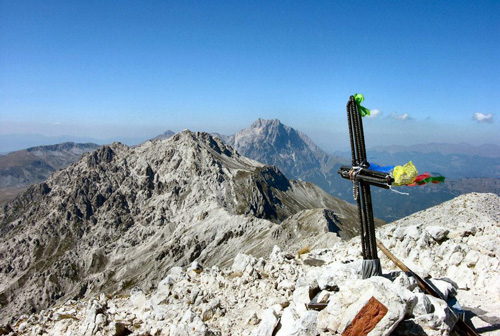 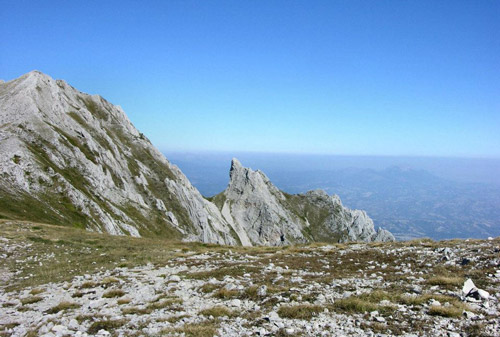 A hotel midway on the top of Campo Imperatore is where the Italian fascist dictator Benito Mussolini was imprisoned from August until September 1943 when he was freed by a Nazi commando operation. The plateau is also the site of the Campo Imperatore station of the Rome Observatory, from which the Campo Imperatore Near-Earth Objects Survey and other astronomical studies are carried out. At the southern edge of Campo Imperatore and within the bounds of the national park are three medieval hill towns once ruled by the Medicis: Calascio, which sits before the ancient fortress ruin of Rocca di Calascio, and Santo Stefano di Sessanio and Castel Del Monte. 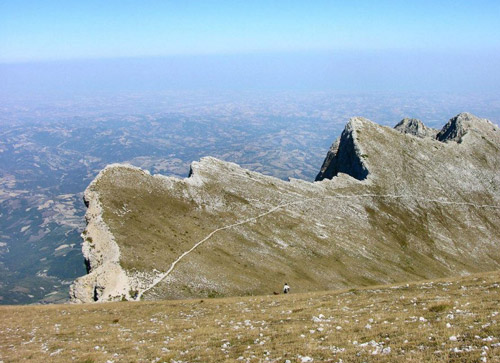 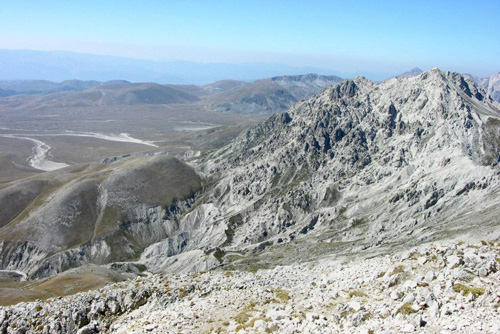 While frequented by skiers in winter, and mountain climbers and hikers in other seasons, the Gran Sasso is remarkably free of tourists despite its proximity to Rome. This is especially true in summer with most Italians preferring beach vacations and foreign visitors more likely to visit the mountains of northern Italy. 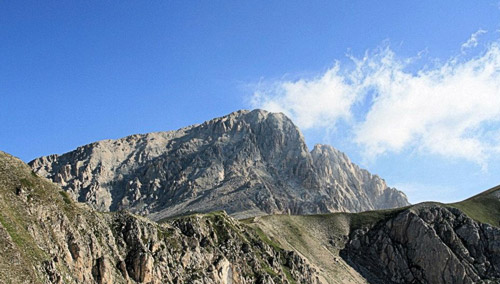 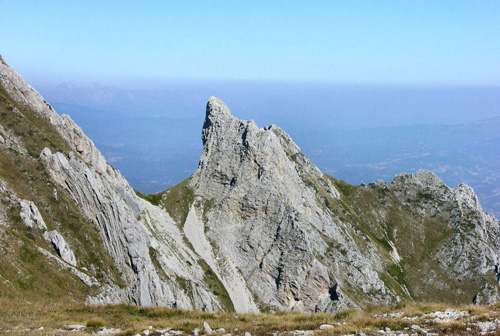 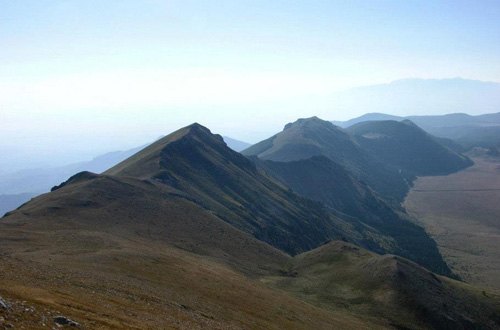