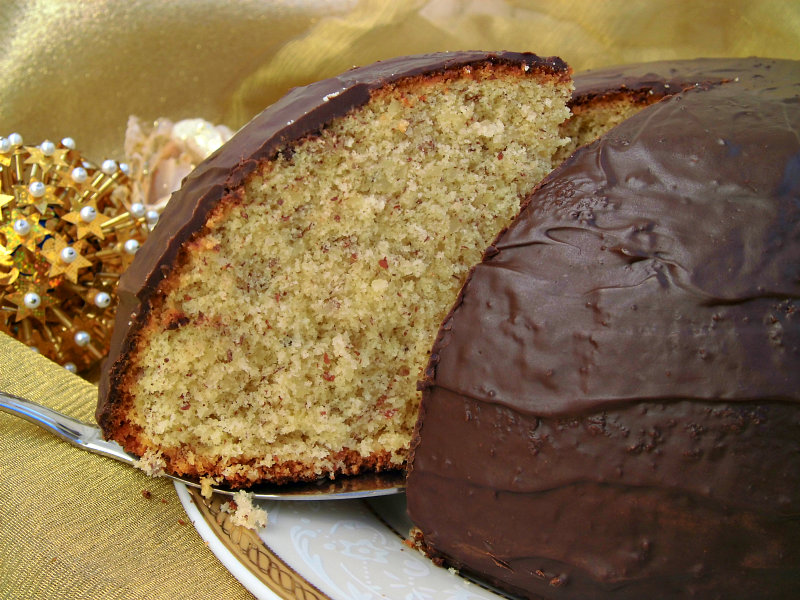 Parrozzo Abruzzese is the typical product par excellence, traditionally associated with the holiday season but still suitable for any occasion, made a pasta bar (also calledmounted  pasta) with determinant addition of flour and raw almond kernels, baked and finally covered with dark chocolate. 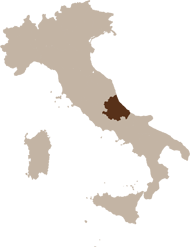 This traditional dessert, dark on the surface and reddish yellow inside, characterized by a strong flavor of almonds and chocolate, but with a slight aftertaste of orange, it goes well with sweet wines and sparkling wines and orange liqueurs. 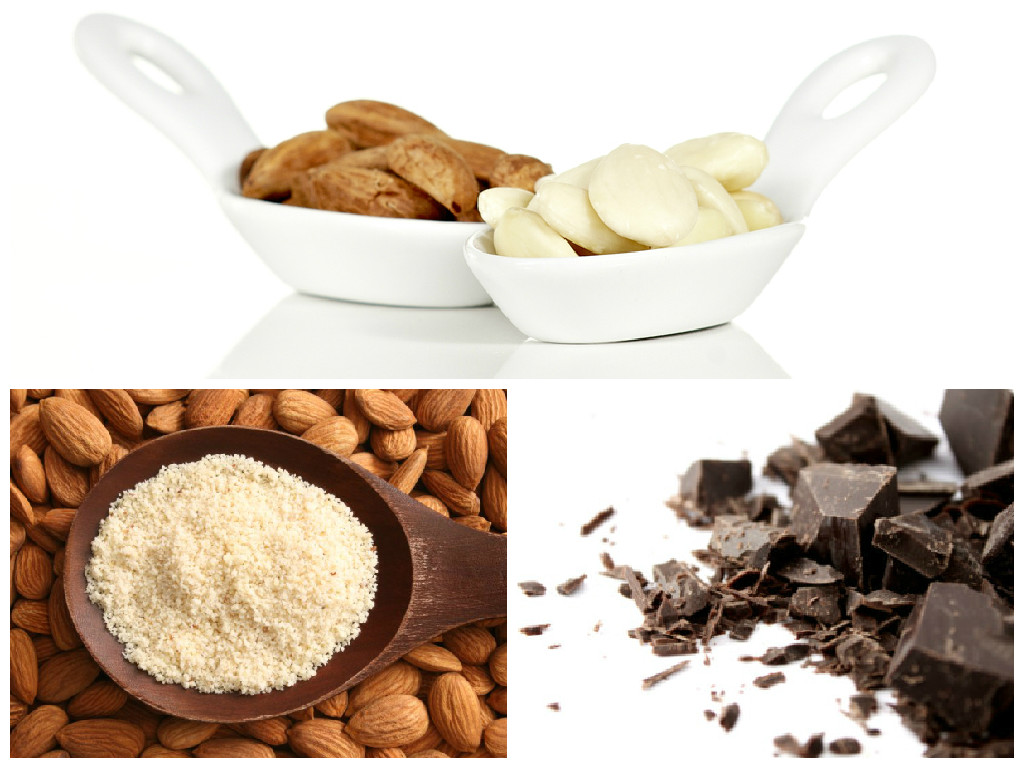 For the preparation of Parrozzo must mount eggs, sugar, flour type ’00’, almond flour, with the addition of anhydrous vegetable grease. The raw mixture is poured into molds and proceed to baking in the oven; once cooked and removed from the molds, it has to be cooled and then covered with dark chocolate. Once it cooled the cake is ready to be packaged. 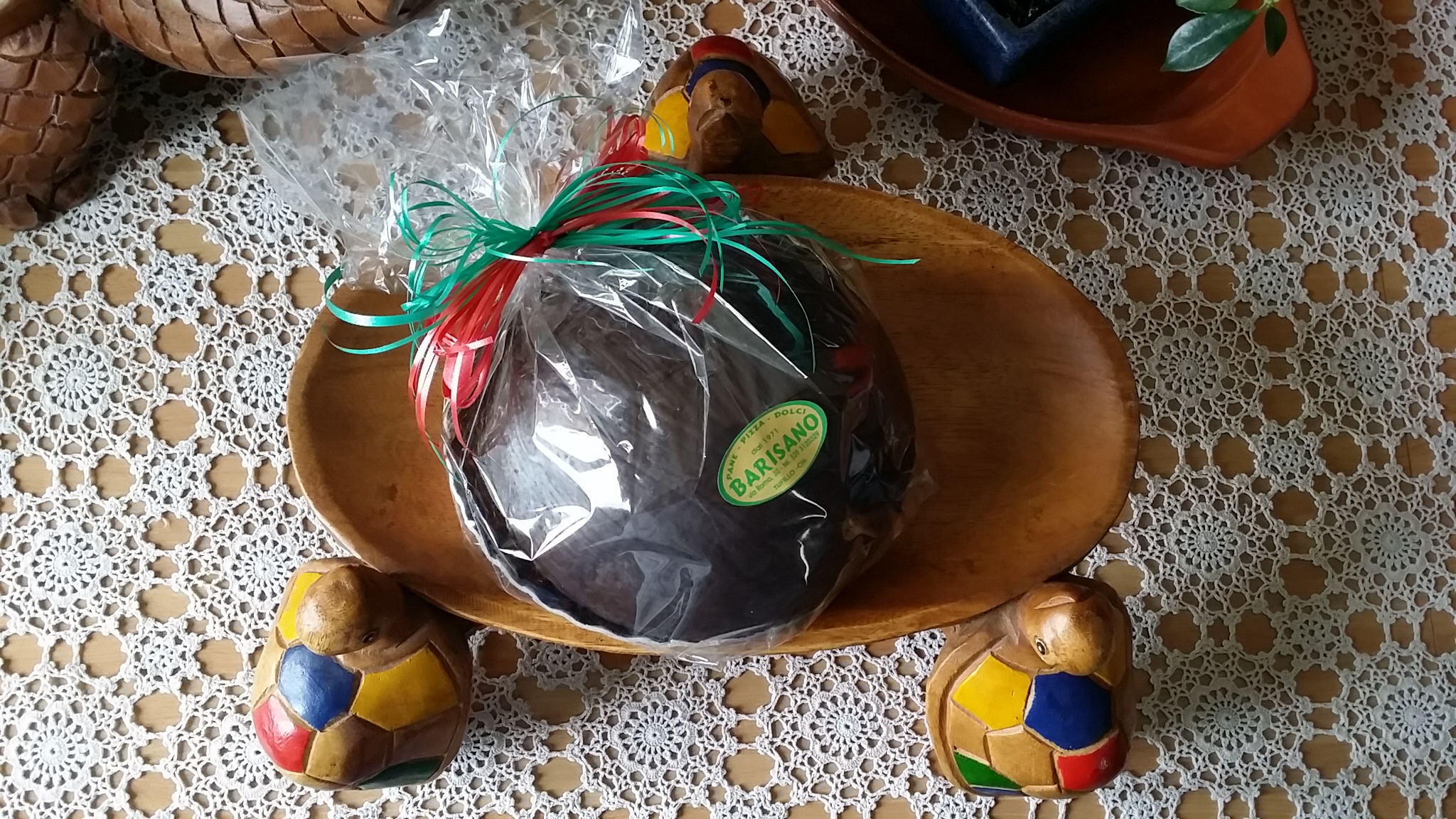 In ancient times, the farmers of Abruzzo for their own consumption prepared with corn flour, a dome-shaped bread baked in a wood oven, which they called “rough bread”, as opposed to one made with wheat flour, and then white, to sell to the Lords. 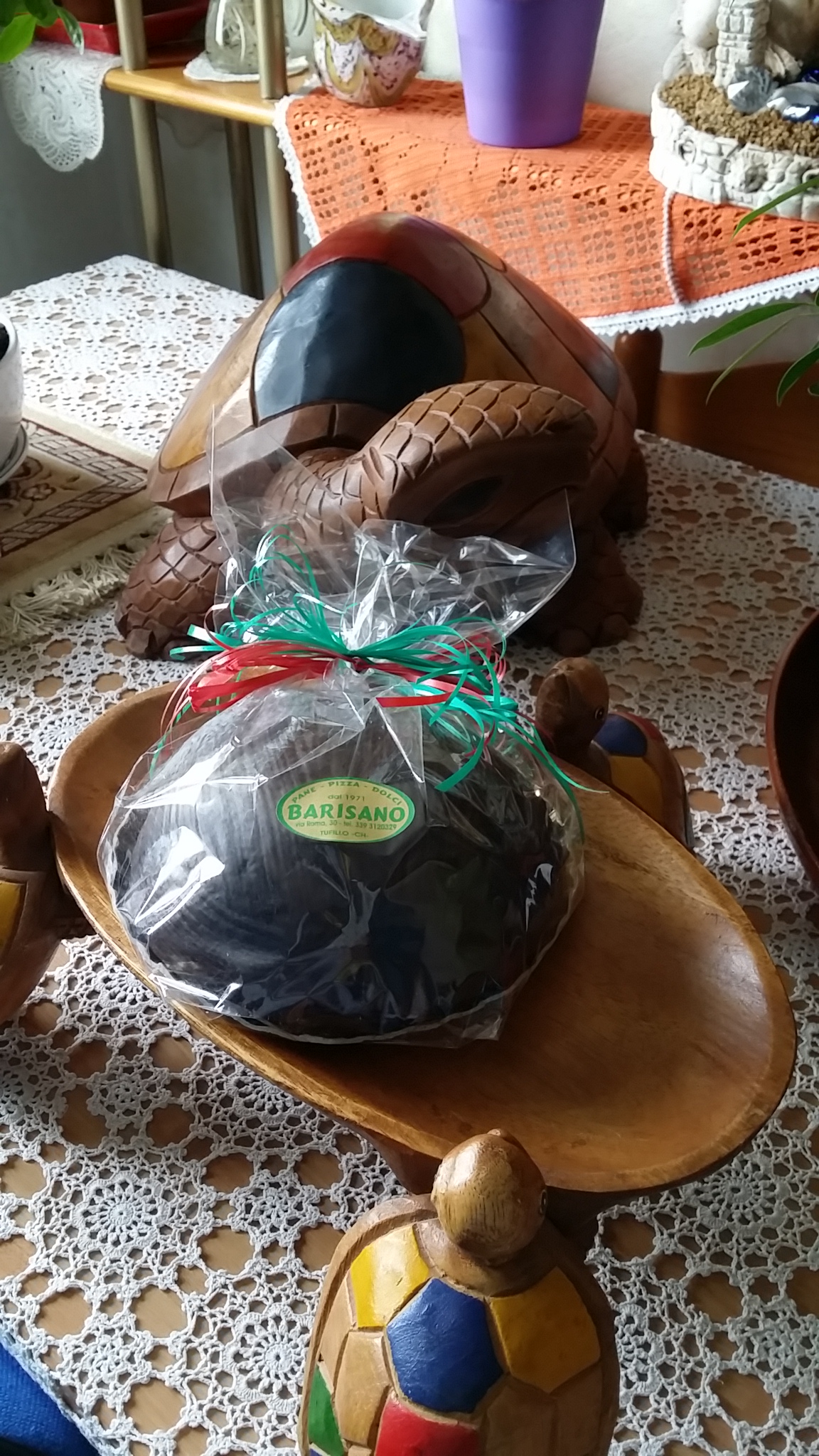 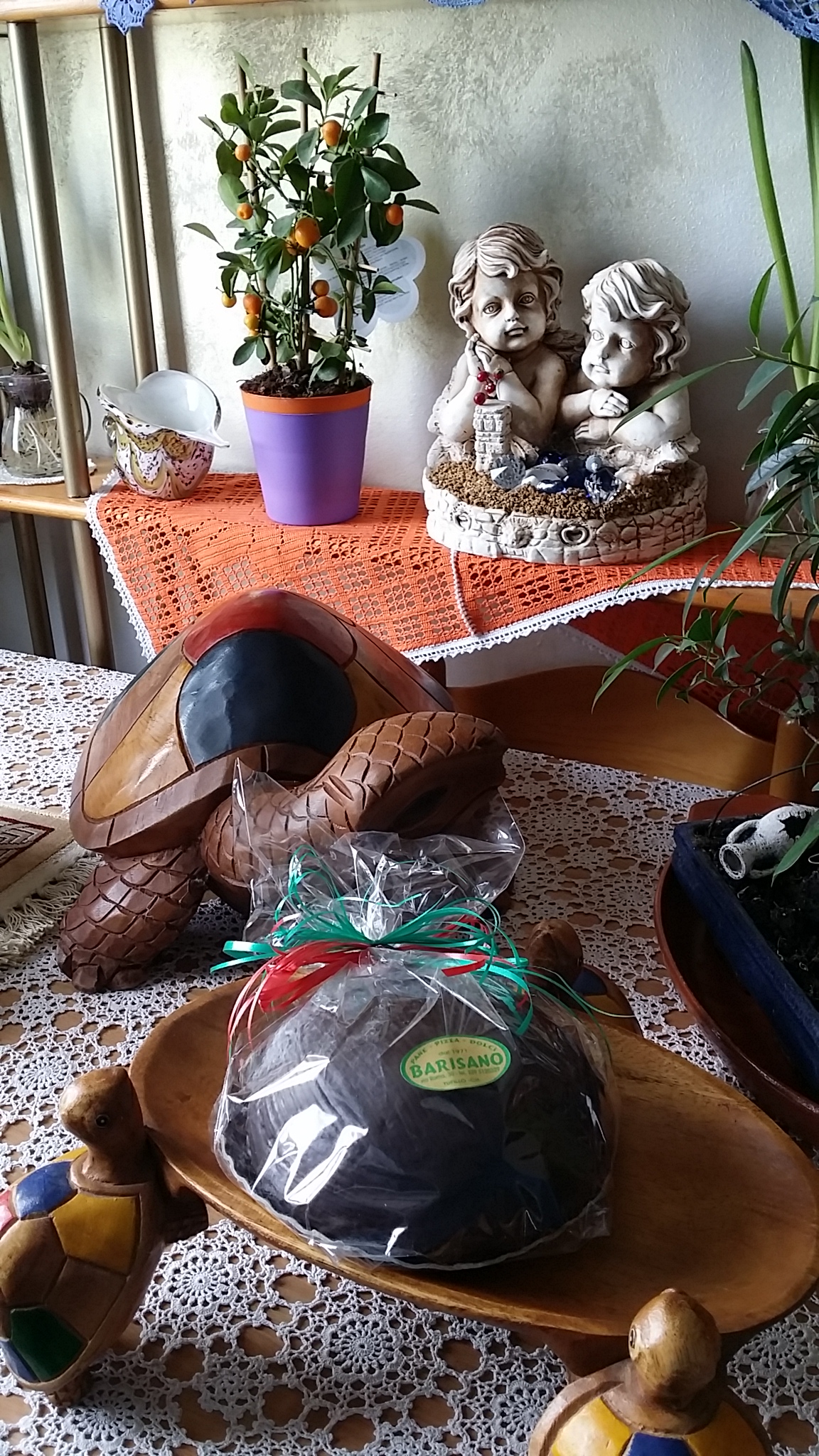 At the beginning of the last century the pastry chef Luigi D’Amico had the idea to make a transposition confectionery, reproducing the yellow maize with that of eggs, while maintaining and employing hemispherical coverage of fine dark chocolate to reproduce the dark superficial burns characteristics of cooking in a wood oven. The first person to whom Luigi D’Amico did taste Parrozzo was Gabriele D’Annunzio, who, entranced by the new sweet, wrote a madrigal “The Song of Parrozzo” 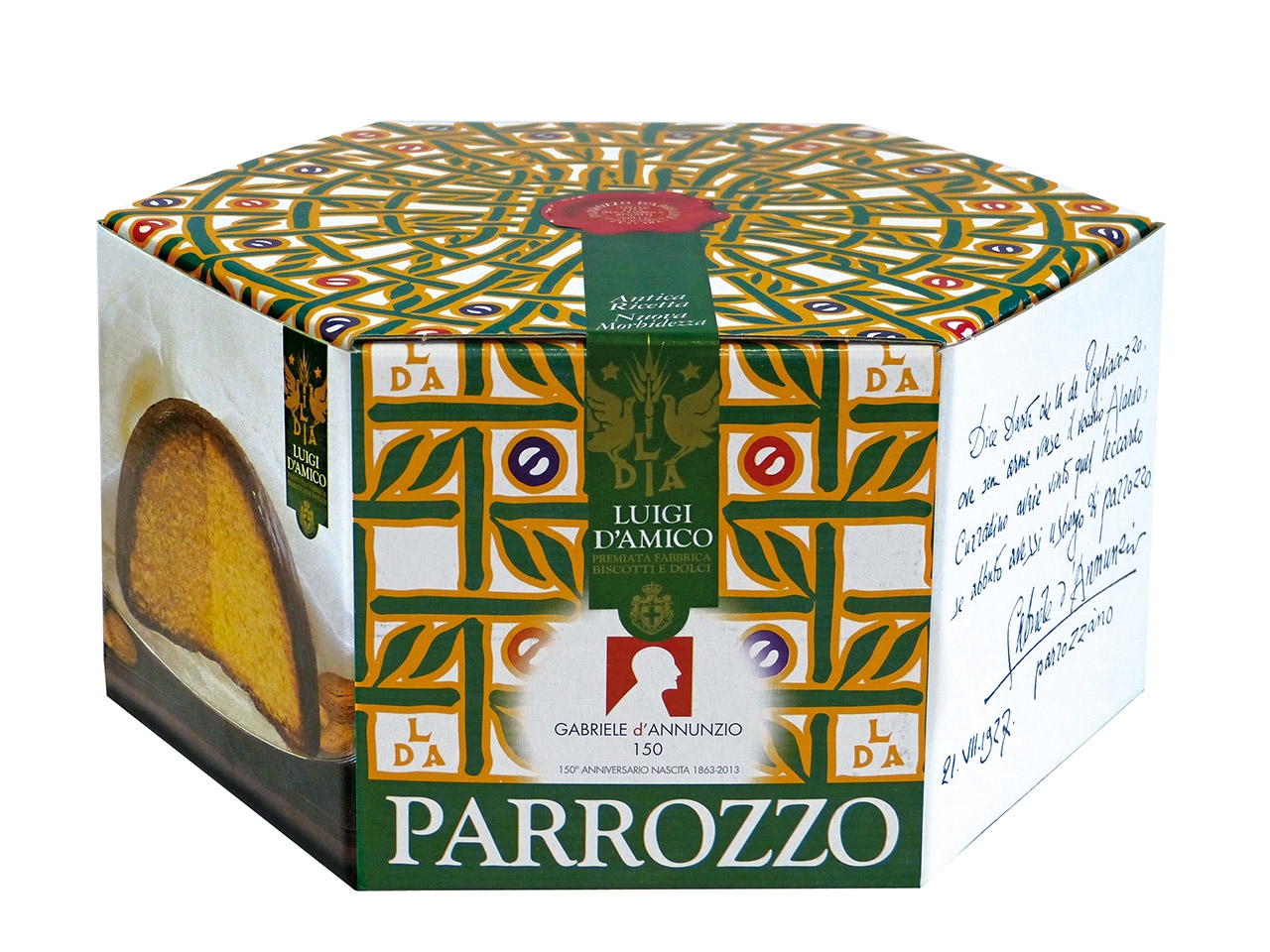 Many were the dedications of the poet from Pescara to his favorite dessert. Other artists and writers of Abruzzo contributed to the birth of this new dessert: Luigi Antonelli, playwright and theater critic who wrote the History of Parrozzo; Armando Cermignani, distinguished potter who created the designs and colors of the box; Master Di Jorio who set to music the song Parrozzo to the text by the humanist Cesare De Titta. Registration of Trademarks and Patents on the Parrozzo dates back to 1926.

– A few drops of essence of bitter almonds;

– 150 grams of dark chocolate for covering.

Strip the almonds and toast them in the oven for a few minutes.

Put them into the mixer along with two tablespoon of sugar (taken from the total) and reduce them in flour.

Separate the yolks from the whites, mount these until stiff, then add sugar and continue beating until the mixture is smooth and creamy. Add the egg yolks one at a time and mix by hand, gently.
Add the melted butter, at room temperature. 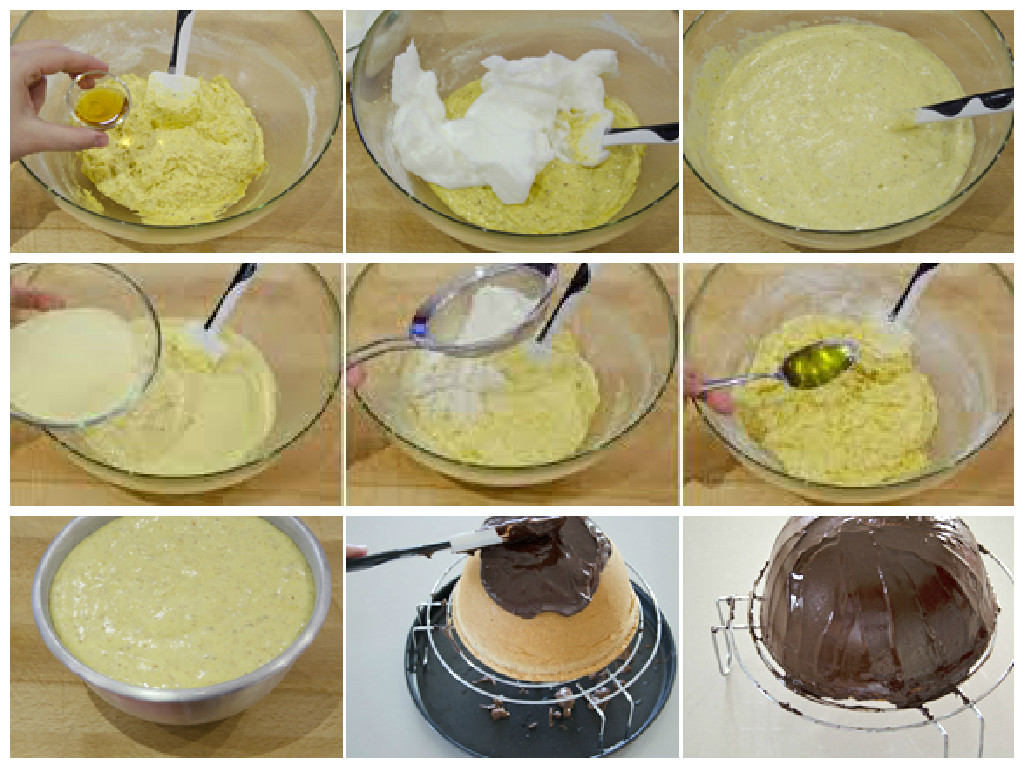 Then add slowly, alternately, almond flour and semolina.
Mix gently with a wooden spoon and movements from the bottom up, so as not to remove the compound.
Add the lemon zest and almond essence.

Grease and flour a baking sheet in the shape of a half sphere, pour the mixture, level and bake at 170 ° C for about 90 minutes. 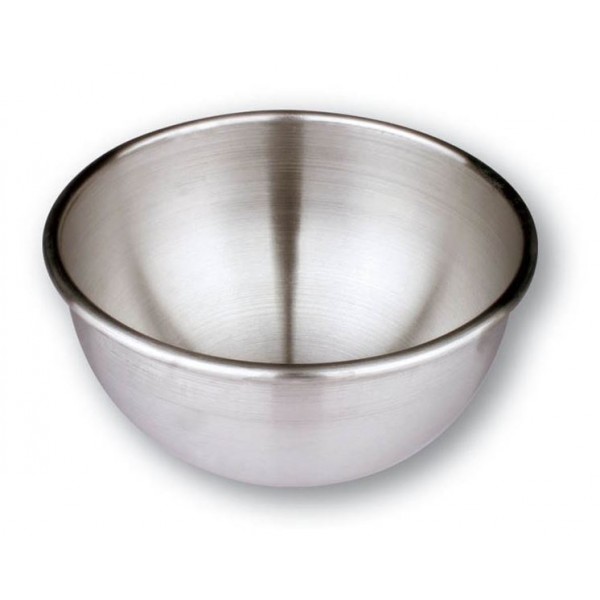 It is not necessary that the oven is preheated.

When cooked, unmold immediately parrozzo and let it cool on a wire rack.
Melt the chocolate in a double boiler and pour it over the cake, leveling it with a spatula so that it completely covers the surface. 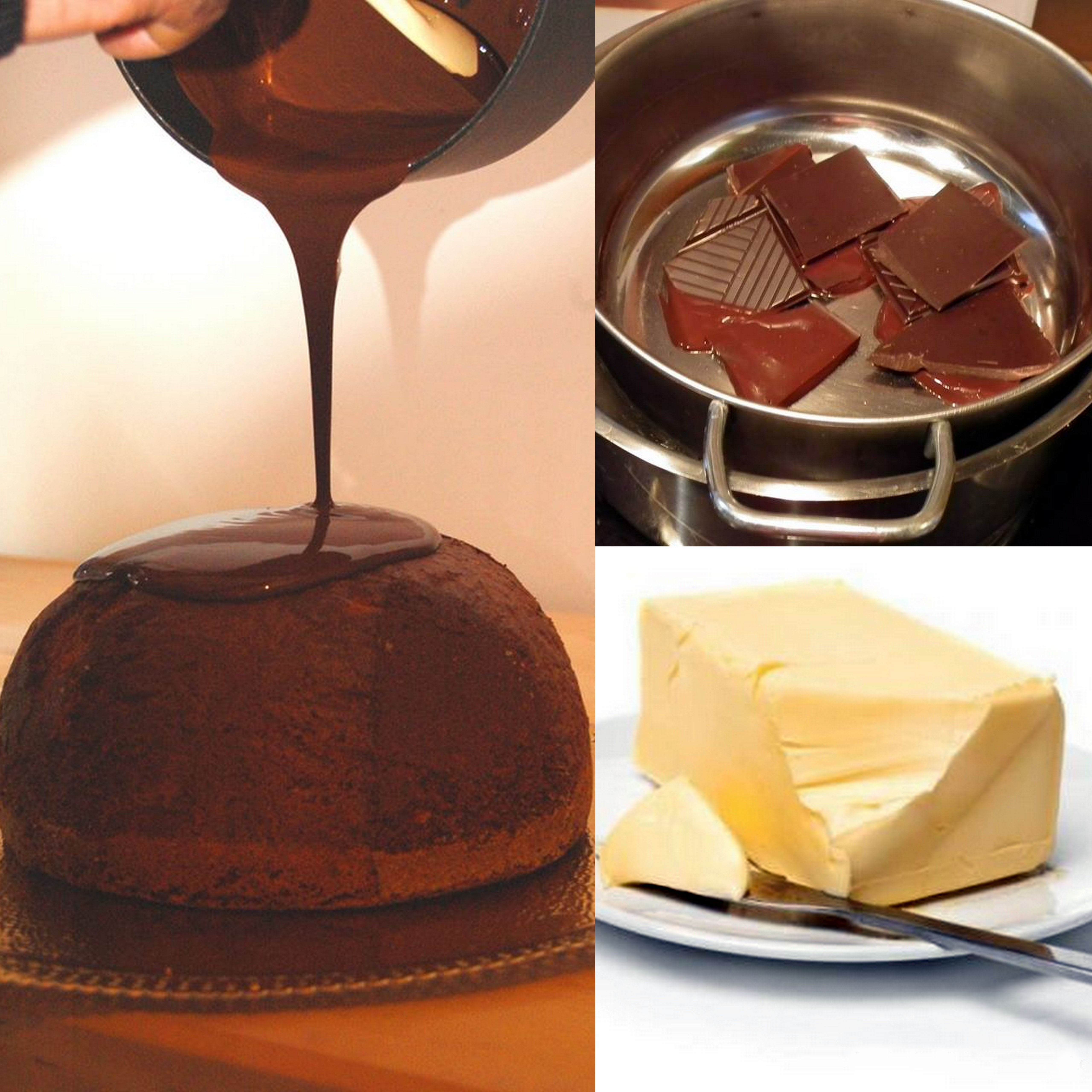 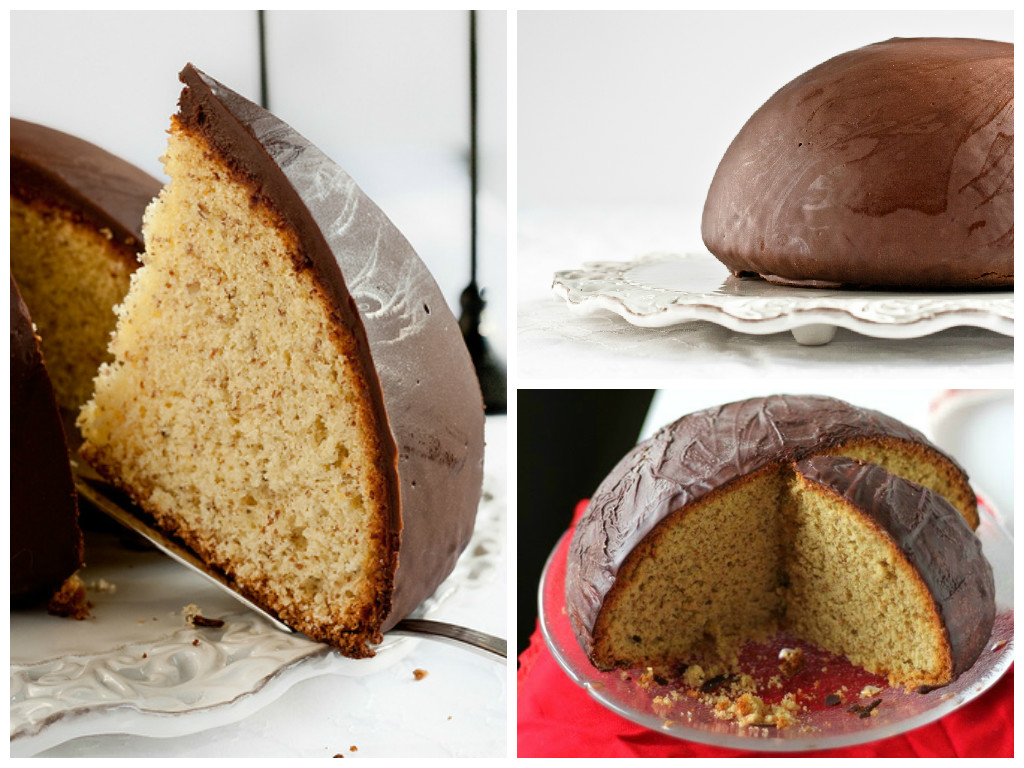 Serve parrozzo when the glaze will be solidified.