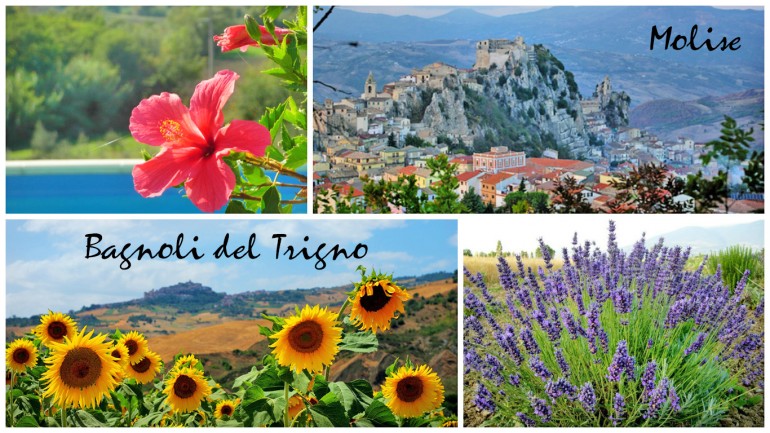 Bagnoli del Trigno, the pearl of Molise, located in the splendid scenery of the Trigno Valley,  is a small town. 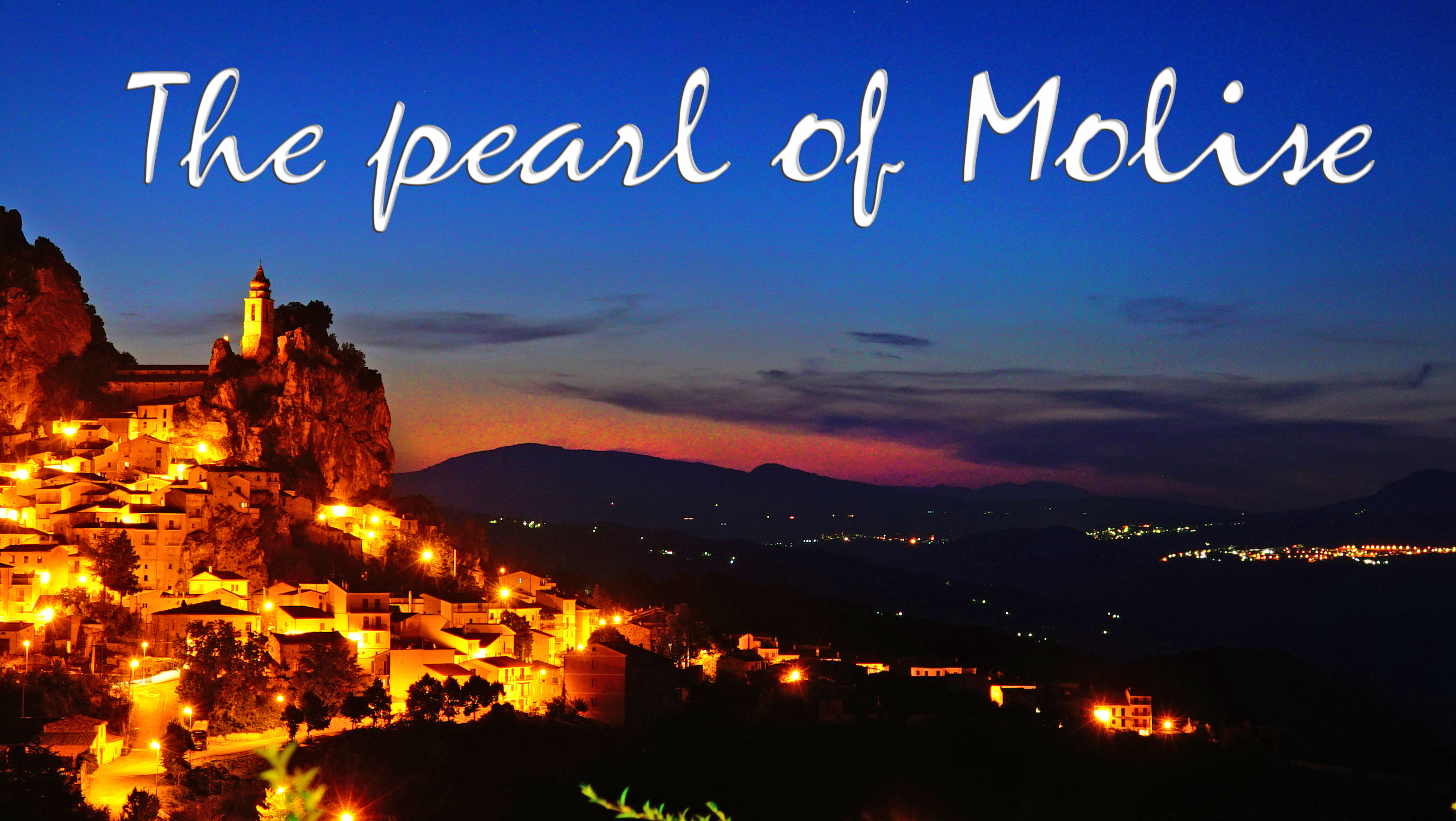 Sited on top of a huge rock is a testament to how the feudal mountain towns of Italy were settled and is a genuine taste of Italy. The town was settled by the Samnite peoples who, legend said, were gentle yet strong. When the Romans came to conquer the area, the Samnites resisted and engaged in three wars with the Romans until they eventually were overcome and made a harsh peace. The castle is situated on top of the outcropping at the highest point. The town is situated at 660 mt above the sea level  in the lower part and to 783 mt in the highest; the two altitudes of the town created two distinct areas: “Earth below” and “above the Earth.”  In Bagnolese these translate to the “higher level” and the “lower level.” The closer you were to the castle, the more grace and honor you received in the town’s social live.

The testimonials and the feedbacks of our clients who have found their dream home with Caserio Real Estate, agency located in Vasto, Abruzzo, Italy, offering their customers a rich portfolio of rural properties, stone houses, farms, country houses, apartments.
Andy and Sue have chosen a country house on the hills of Molise, in Bagnoli del Trigno, Isernia Province. The house needs only some maintenance work and is huge with its 5 bedrooms and an outbuilding to renovate.
Whether you’re looking for a holiday home, you want to move in Abruzzo or Molise or if you’re just looking to invest in Italy, we will be happy to help you find the property that suits you. Contact our offices, we will be at your disposal to help you in every step of purchase and after sales.
The house of your dreams awaits you. 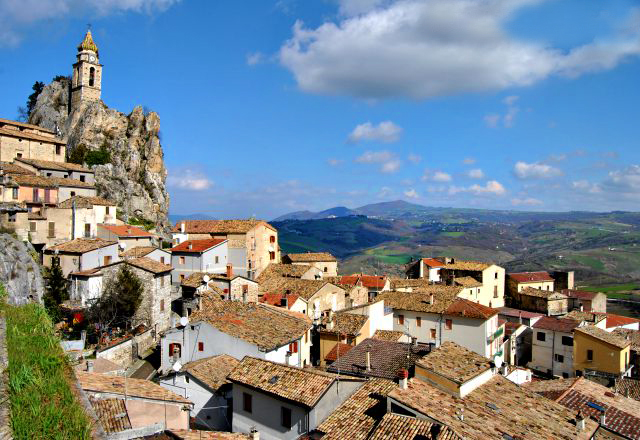 Closer to the castle you can see the ancient Church of San Silvestro, with its distinctive Romanesque-Gothic portal and the bell tower built on the rock. In all probability the construction of the church dates back to the thirteenth and fourteenth centuries, as evidenced by the design of the building. The peculiarity of the church of San Silvestro is to be “embedded” between two rocks that overlook the town. Given its particular position, those are the only visible side elevations, one of which overlooks the cliff, creating a spectacular effect. 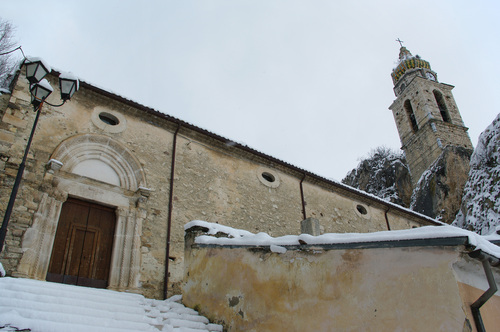 The entrance is on the side corresponding to the right aisle of the church. This is reached through the narrow streets of the old town and after a steep staircase. The entrance door is made of stone and is decorated with three narrow columns to tortiglioni joined together by a single capital, in the central part of which is carved the image of a human face. Resting on the columns is the cornerstone on which is carved in bas-relief, a cross. The lunette of the portal frame is embellished with a floral motif that ends with the sculpture of a human face to the left and the right of an amphora. 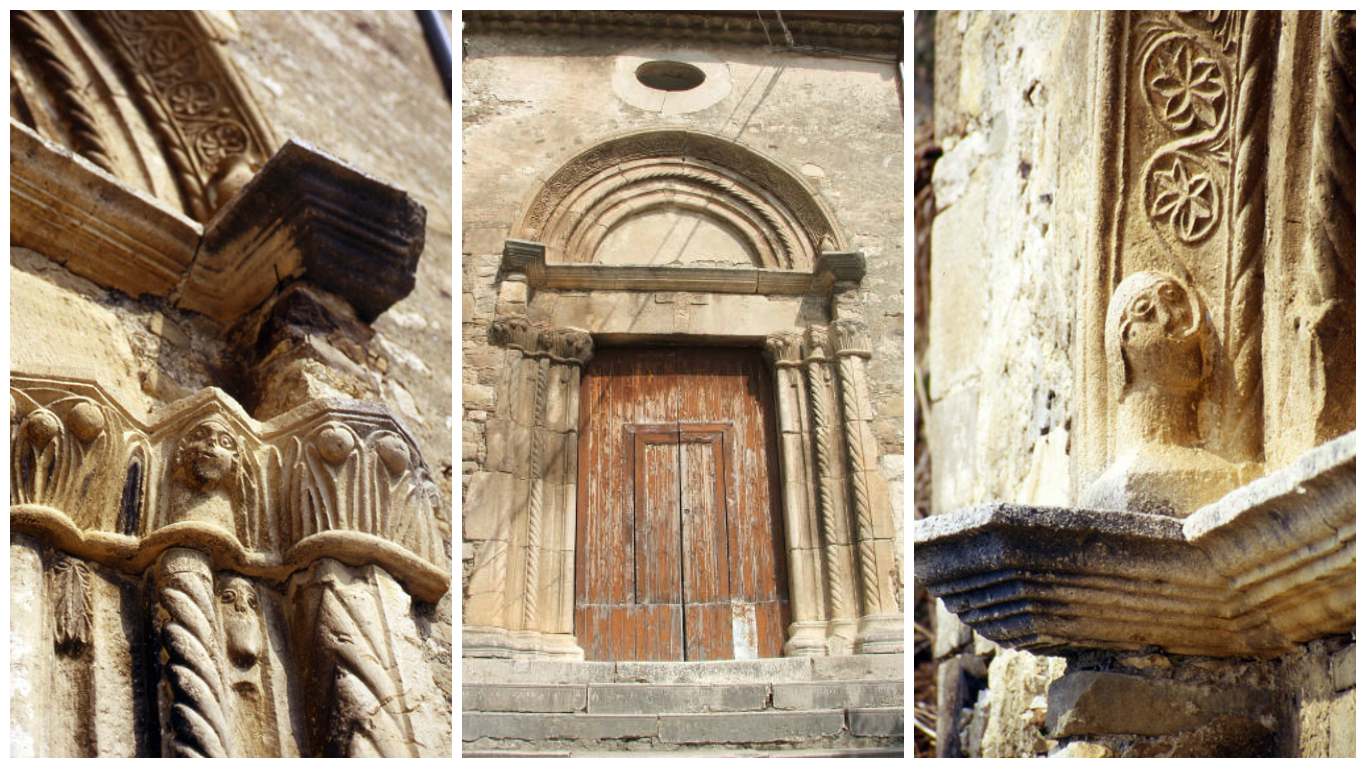 During the Christmas period takes place, even in Bagnoli, the procession of the “ndocce”, big torches which are then turned off with the new wine tapped from the barrel because it is a good omen for the crops; Carnival instead you can watch the parade of “months”. 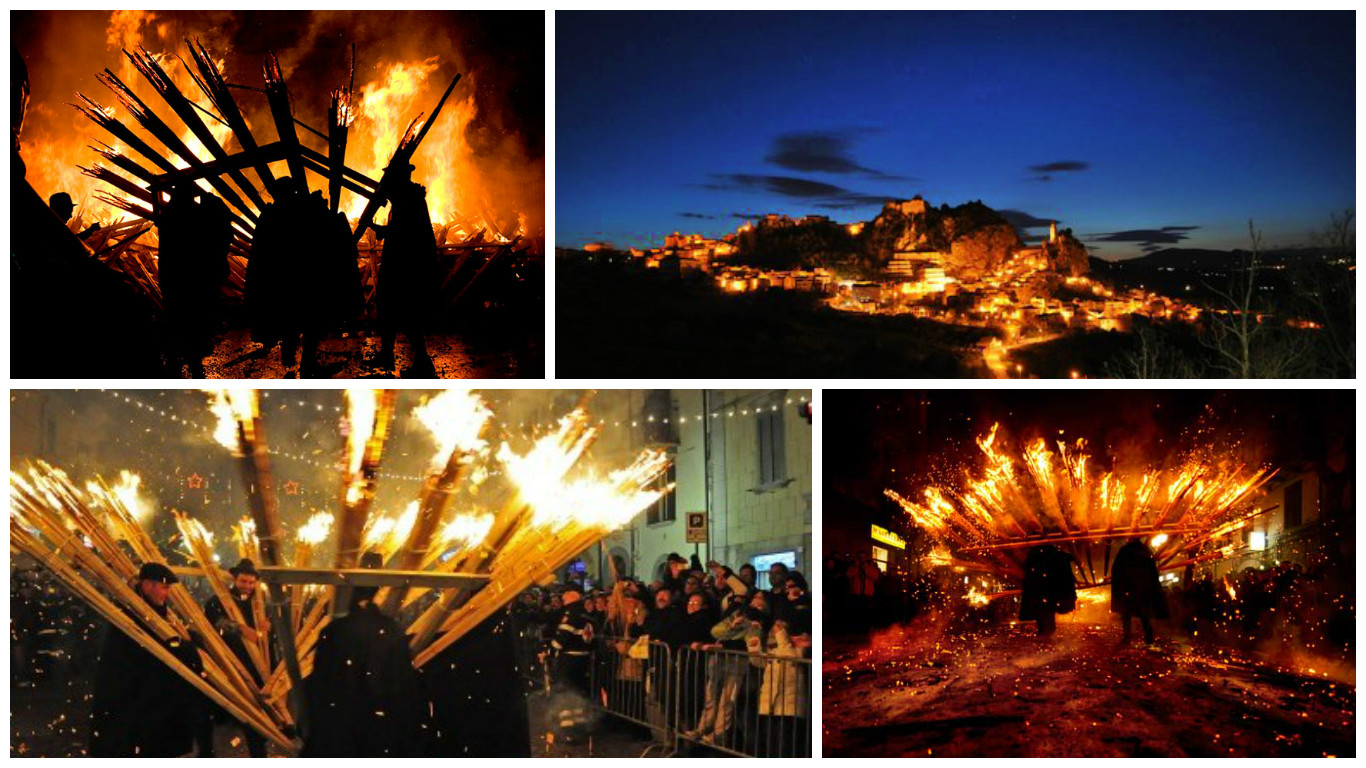 The castle, of Longobard origin, is perched on a rocky spur with a commanding view of the Trigno river valley, a strategic position halfway between two major sheep-tacks. The Normans modified the previous structures, raising well-set escarped walls: slightly pronounced overhanging ones on three sides, while the front entrance wall is more prominent. The castle, four-sided, with buildings against the inner walls, has suffered numerous modifications through the course of time and all signs of military installations have been erased. A loophole and some openings that appear to have served as cannon ports still remain. The main activities of the city are agriculture and pastoralism, but in recent years have arisen several types of activities such as construction, water industry and handicraft with working stone. 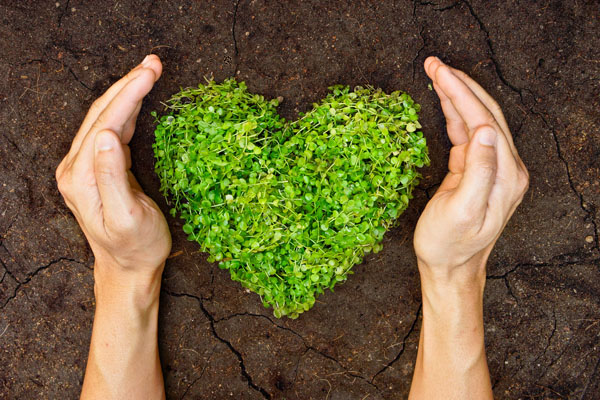 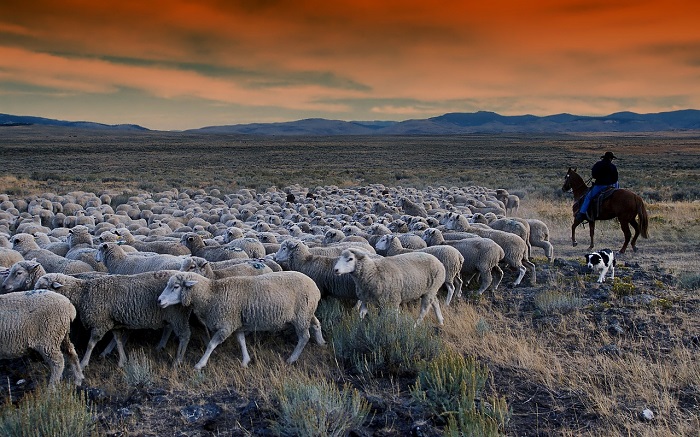 Bagnoli del Trigno offers the typical products of the area like extra-virgin olive oil, truffle and pasta, sausage, ventricina salame and dairy products like caciocavallo and pecorino sheep’s cheese from Matese. Scamorza cheese and burrino, a butter-filled cheese, are produced everywhere in Molise. 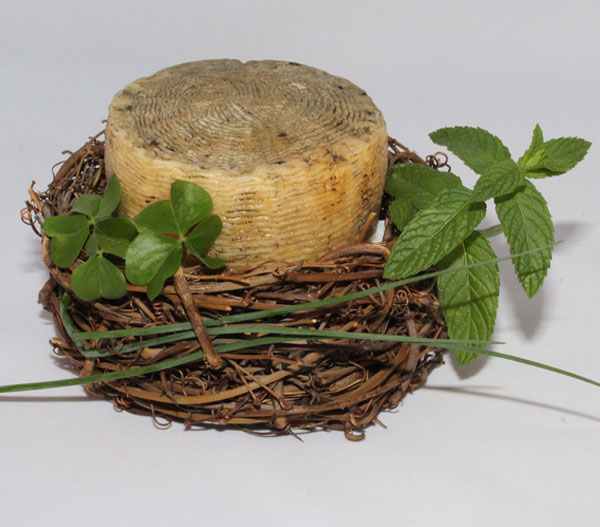 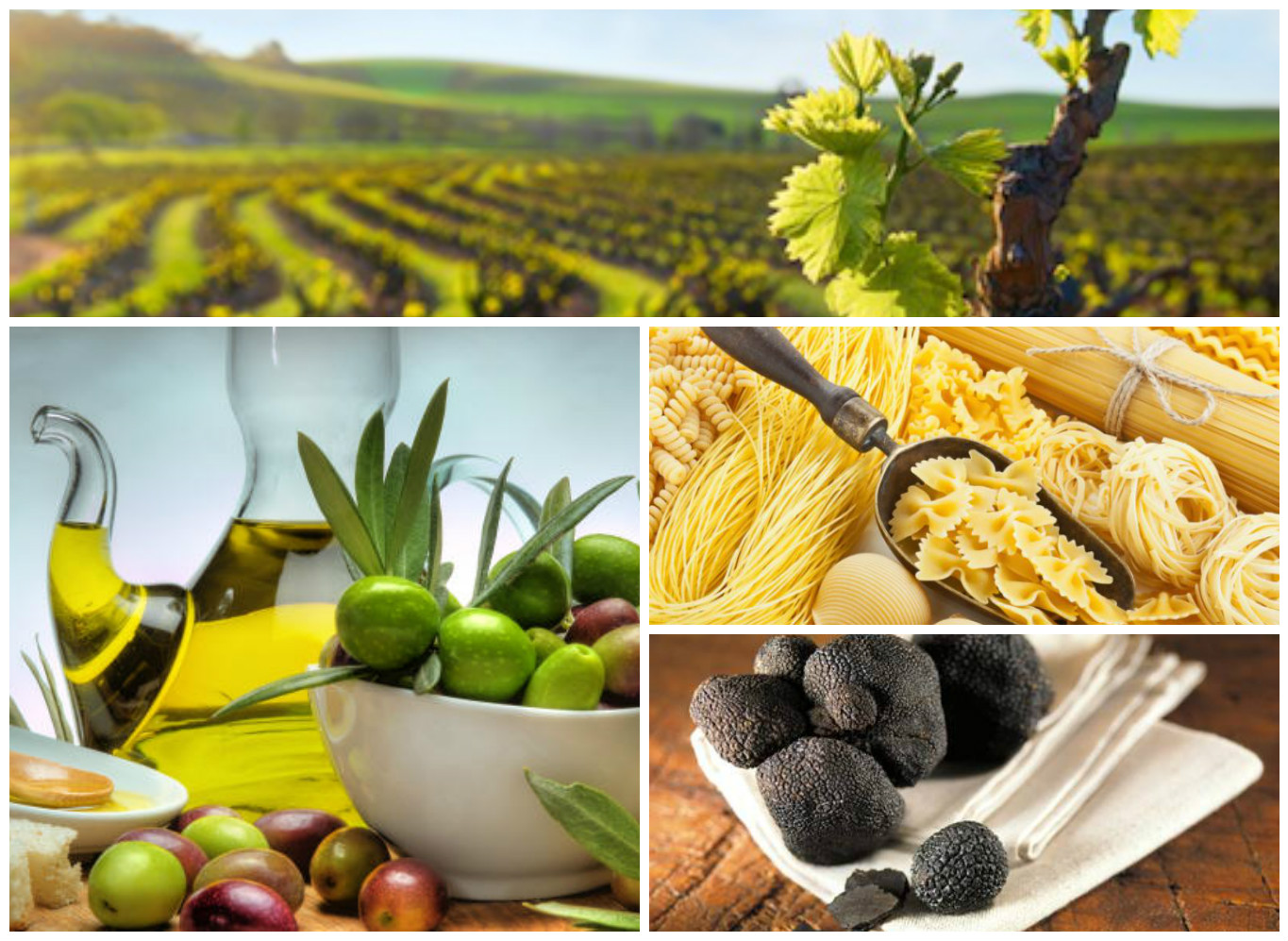 It’s impossible to forget local wines, particularly Biferno and Pentro, are excellent. Among the typical desserts of Molise, top place goes to mostarda d’uva (jam made with grapes from the Molise countryside), then cauciuni (pastry filled with chickpeas), ostie farcite (wafers filled with walnuts and almonds), peccellate (pastry filled with grape syrup or jams) and cippillati (baked ravioli filled with sour black cherries) are the best way to end a good meal. Typical dishes of the town are “Lo spezzato” lamb with sauce made with egg and lemon); ‘Paniccia’ (vegetable pizza with corn); ‘Buttatill’ (sweets). 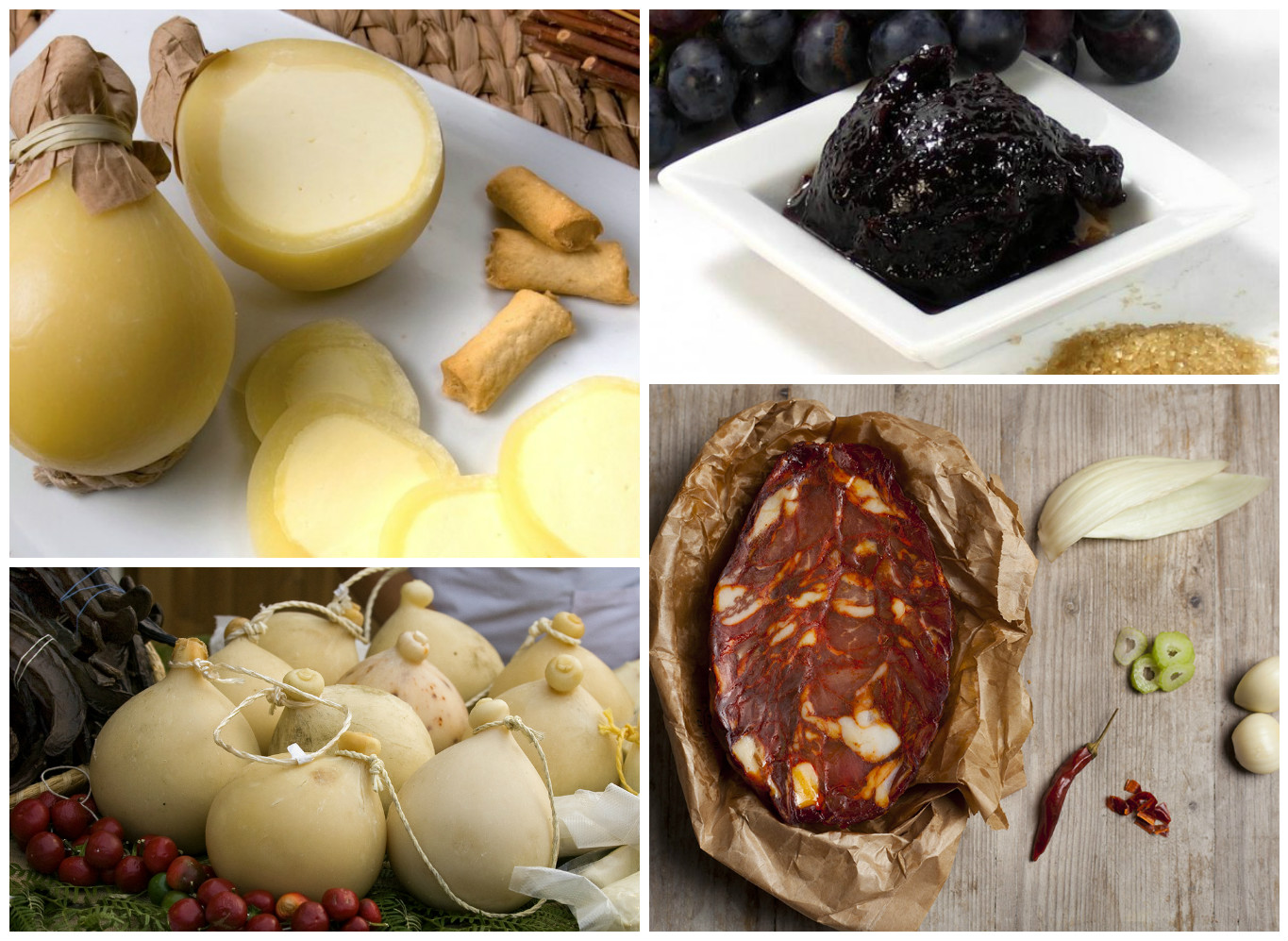 The town is very dynamic thanks above all for its spa hotel and a firm who produces natural medicines. In the town we cvan find grocery, restaurant, hotel, bakery, pharmacy, butchery, post office, school, clinic and bank.