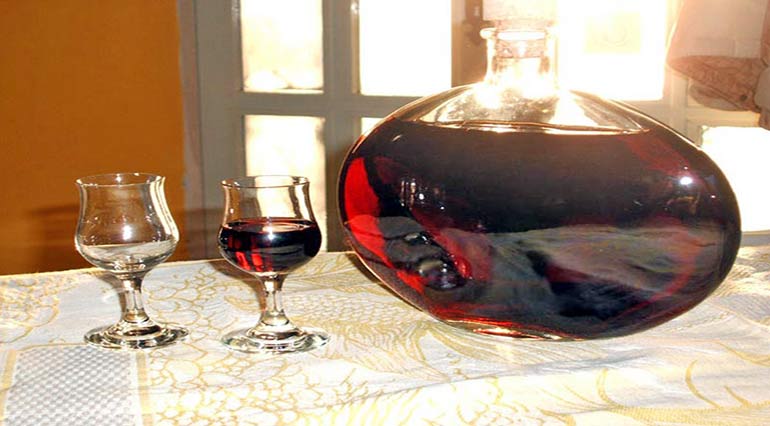 Ratafia is a liqueur produced in all of Abruzzo, using sour cherries and Montepulciano red wine. The traditional recipe, varying from place to place, involves variable proportions of whole or pitted sour cherries and sugar being placed in glass jars that are left in the sun for about 30 days so the contents ferment. The red wine is then added to the resulting product, left to steep for at least another 30 days (but sometimes even as long as 5-6 months), stirring regularly. 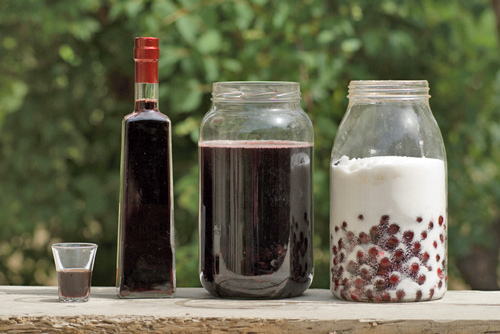 The product is filtered and bottled. In some cases after filtering, alcohol is added to increase the alcohol content. This liqueur has a pleasant sweet taste, and the alcohol content varies the depending on how it is made: 7-14% vol. to 20-22% vol. if alcohol has been added. The colour is more or less intense red and the aroma is characteristic of sour cherries and soft fruit. It is usually drunk when still young, to savour the greater freshness of the aromas. Preparation and consumption of ratafia is an age-old country tradition, passed down from generation to generation. Indeed, as Alessio de Bernardis recalls in his book “Ricordi sulla maniera di manifatturare vini e liquori” (Teramo 1868): “the name … was given following the ancient custom of ambassadors of warring powers negotiating peace around a cheerful dinner table, who drank this liqueur and then pronounced the simple Latin words “ Pax rata fiat!”. Apart from this notion, which is rather picturesque and farfetched, ratafia was rather more prosaically used to toast completed sales contracts or stipulations of notarial and legal deeds.