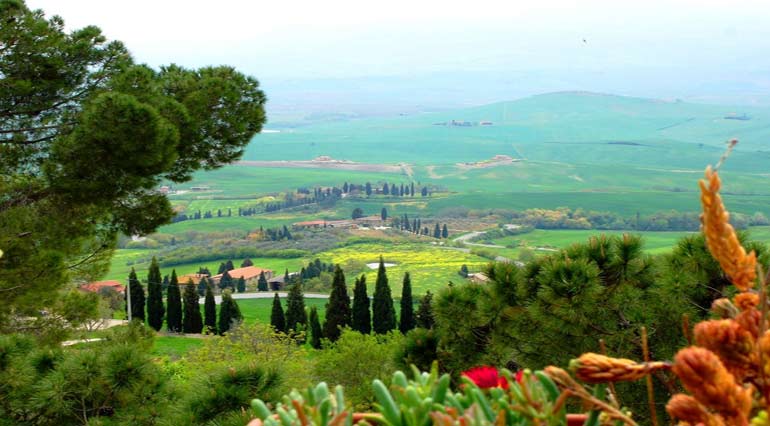 Tuscany, is a region in Italy having an area of about 23,000 square kilometres (8,900 sq mi) and a population of about 3.75 million inhabitants. The regional capital is Florence (Firenze). 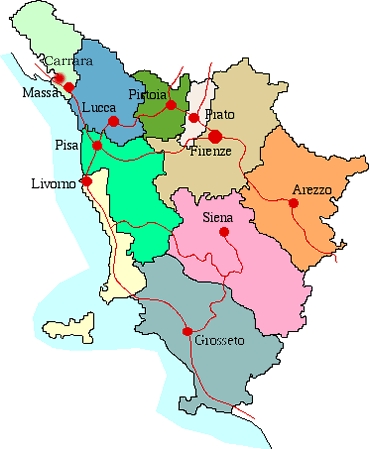 Tuscany is known for its gorgeous landscapes, its rich traditions, its long history and its rich artistic legacy and permanent influence on high culture. Tuscany is regarded as the true birthplace of the Italian Renaissance and has been home to many influential people in the history of art and science. As a result of this, the region boasts a number of leading museums (such as the Uffizi, the Pitti Palace and the Chianciano Museum of Art). Tuscany has a unique culinary tradition and is famous for its wines, including the well-known Chianti, Vino Nobile di Montepulciano, Morellino di Scansano and Brunello di Montalcino.

Tuscany has over 120 protected nature reserves, making Tuscany and its capital Florence popular tourist destinations that attract millions of tourists every year. Florence receives an average of 10 million tourists a year, making the city one of the most visited in the world. (In 2007, the city became the world’s 46th most visited city, with over 1.715 million arrivals). 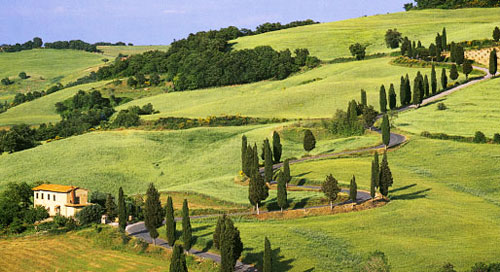 Roughly triangular in shape, Tuscany borders the regions of Liguria to the northwest, Emilia-Romagna to the north and east, Umbria to the east and Lazio to the southeast. The commune of Badia Tedalda, in the Tuscan Province of Arezzo, forms an enclave and exclave within Emilia-Romagna. 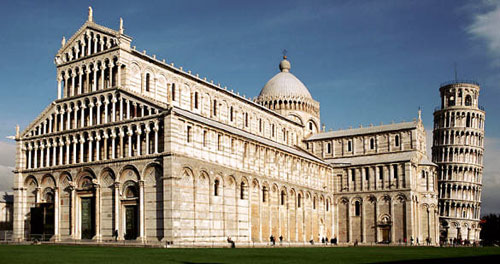 Tuscany has a western coastline on the Tyrrhenian Sea, containing the Tuscan Archipelago, of which the largest island is Elba. Tuscany has an area of approximately 22,993 square kilometres (8,878 sq mi). Surrounded and crossed by major mountain chains, and with few (but fertile) plains, the region has a relief that is dominated by hilly country used for agriculture. Hills make up nearly two-thirds (66.5%) of the region’s total area, covering 15,292 square kilometres (5,904 sq mi), and mountains (of which the highest are the Apennines), a further 25% (—5,770 square kilometres (2,230 sq mi)). Plains occupy 8.4% of the total area 1,930 square kilometres (750 sq mi),—, mostly around the valley of the River Arno. Many of Tuscany’s largest cities lie on the banks of the Arno, including the capital Florence, Empoli and Pisa. 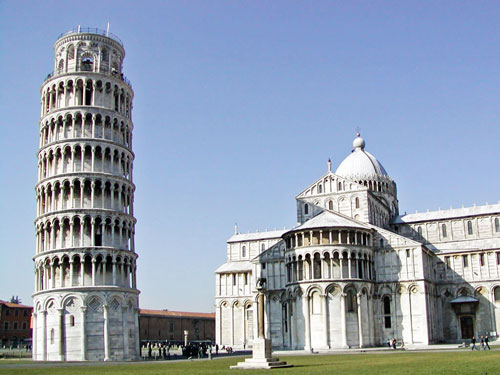 The climate is fairly mild in the coastal areas, and is harsher and rainy in the interior, with considerable fluctuations in temperature between winter and summer,[5] giving the region a soil-building active freeze-thaw cycle in part accounting for the region’s once having served as a key breadbasket of ancient Rome. 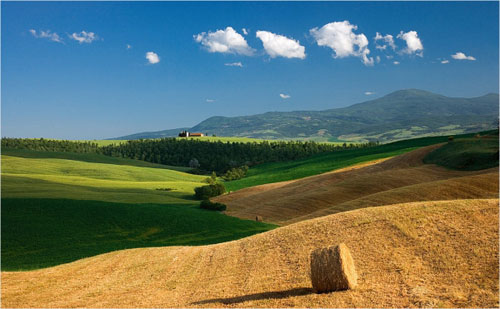 The subsoil in Tuscany is relatively rich in mineral resources, with iron ore, copper, mercury and lignite mines, the famous soffioni (fumarole) at Larderello and the vast marble mines in Versilia. Although its share is falling all the time, agriculture still contributes to the region’s economy. In the region’s inland areas cereals, potatoes, olives and grapes (for the world-famous Chianti wines) are grown. The swamplands, which used to be marshy, now produce vegetables, rice, tobacco, beets and sunflowers. 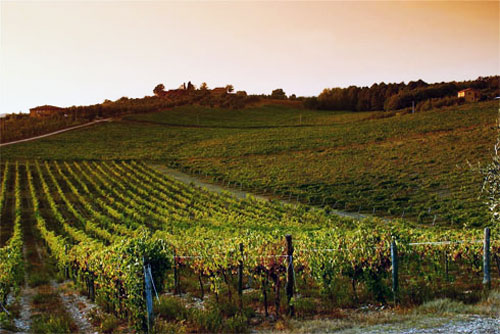 The industrial sector is dominated by mining, given the abundance of underground resources. Also of note are textiles, chemicals/pharmaceuticals, metalworking and steel, glass and ceramics, clothing and printing/publishing sectors. Smaller areas specialising in manufacturing and craft industries are found in the hinterland: the leather and footwear area in the south-west part of the province of Florence, the hot-house plant area in Pistoia, the ceramics and textile industries in the Prato area, scooters and motorcycles in Pontedera, and the processing of timber for the manufacture of wooden furniture in the Cascina area. The heavy industries (mining, steel and mechanical engineering) are concentrated along the coastal strip (Livorno and Pisa areas), where there are also important chemical industries. Also of note are the marble (Carrara area) and paper industries (Lucca area).

Simplicity is central to the Tuscan cuisine. Legumes, bread, cheese, vegetables, mushrooms and fresh fruit are used. Olive oil is made up of Moraiolo, Leccino, and Frantoiano olives. White truffles from San Miniato appear in October and November. Beef of the highest quality comes from the Chiana Valley, specifically a breed known as Chianina used for Florentine steak. Pork is also produced.[22]
Wine is a famous and common produce of Tuscany. Chianti is arguably the most well-known internationally. So many British tourists come to the area where Chianti wine is produced that this specific area has been nicknamed “Chiantishire”.

Tuscan wine (Italian Toscana) is Italian wine from the Tuscany region. Located in central Italy along the Tyrrhenian coast, Tuscany is home to some of the world’s most notable wine regions. Chianti, Brunello di Montalcino and Vino Nobile di Montepulciano are primarily made with Sangiovese grape whereas the Vernaccia grape is the basis of the white Vernaccia di San Gimignano. Tuscany is also known for the dessert wine Vin Santo, made from a variety of the region’s grapes. Tuscany has twenty-nine Denominazioni di origine controllata (DOC) and seven Denominazioni di Origine Controllata e Garantita (DOCG). In the 1970s a new class of wines known in the trade as “Super Tuscans” emerged. These wines were made outside DOC/DOCG regulations but were considered of high quality and commanded high prices. Many of these wines became cult wines. In the reformation of the Italian classification system many of the original Super Tuscans now qualify as DOC or DOCG wines but some producers still prefer the declassified rankings or to use the Indicazione Geografica Tipica (IGT) classification of Toscana. 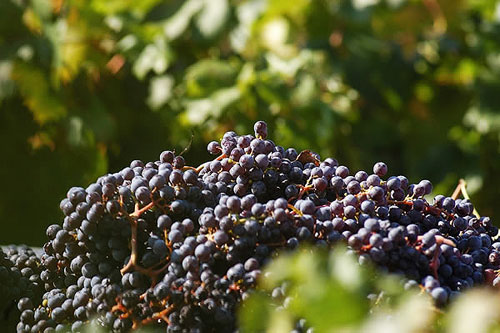 Region Sicily
Region Abruzzo
Abruzzo, where find your house of dream in Italy
Why buy property in Molise