Roccaspinalveti village in the Province of Chieti, Abruzzo Region 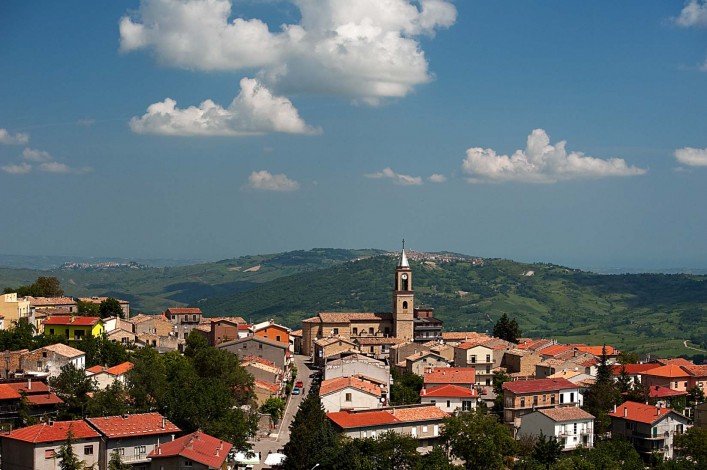 Roccaspinalveti village in the Province of Chieti, Abruzzo Region

The economy has a good tradition in the agriculture and farm animals. In recent years they have settled some craft enterprises, active mainly in construction, in packaging, in the processing of aluminum and iron, in food. To improve and promote productive activities, the Municipality has set up a craft equipped area where companies find their location.

Monuments and places of interest 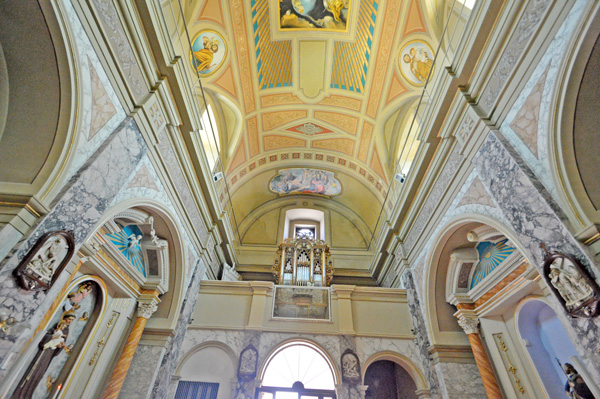 The church of San Michele Arcangelo. It is located in Piazza Roma, in the locality of Aia Bruna. The church dates back to 1850 when it was built over the old chapel of St. Michael. The original structure remains the bell tower completed in the early twentieth century. The interior has a nave with a barrel vault with lunettes and a false dome. Above the main entrance there is a choir supported by two pillars with an organ of the seventeenth century in which the rods are inserted in the cornice through the capitals. 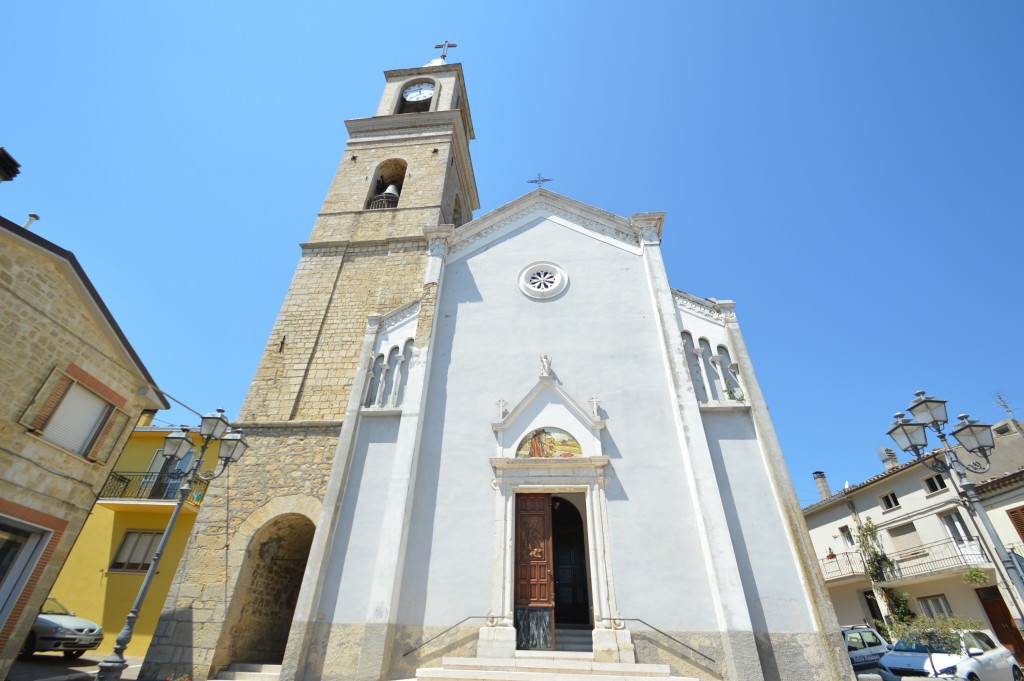 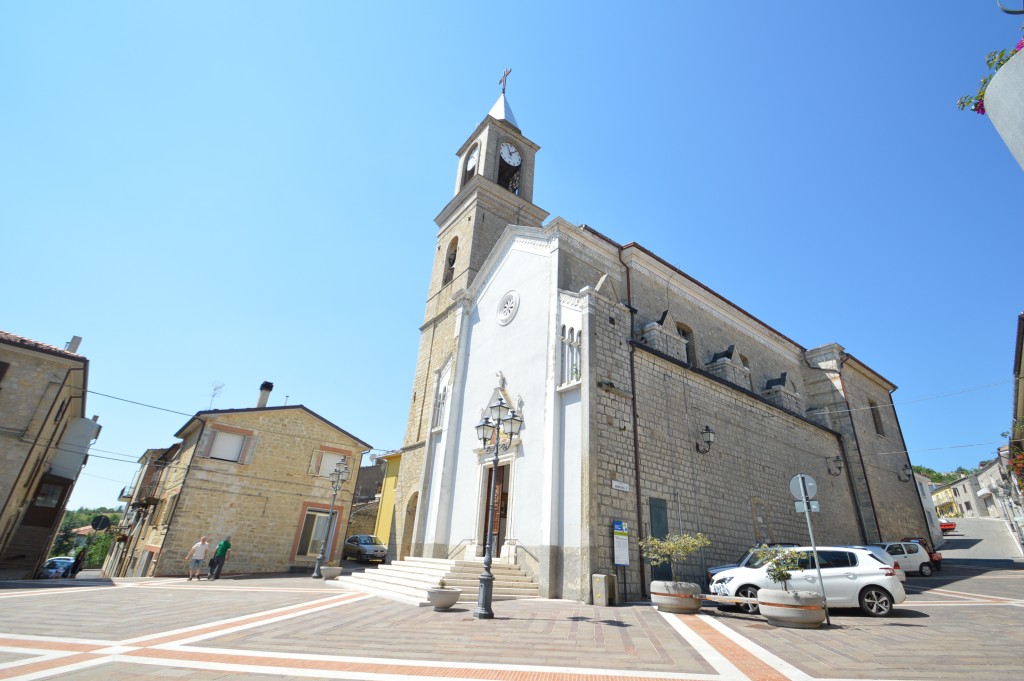 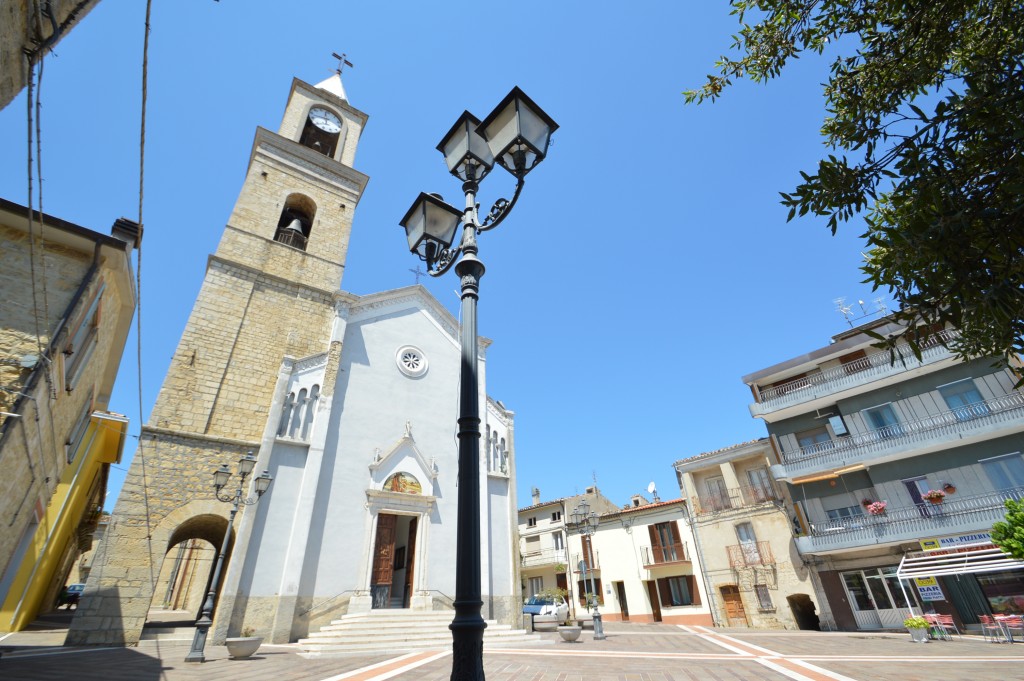 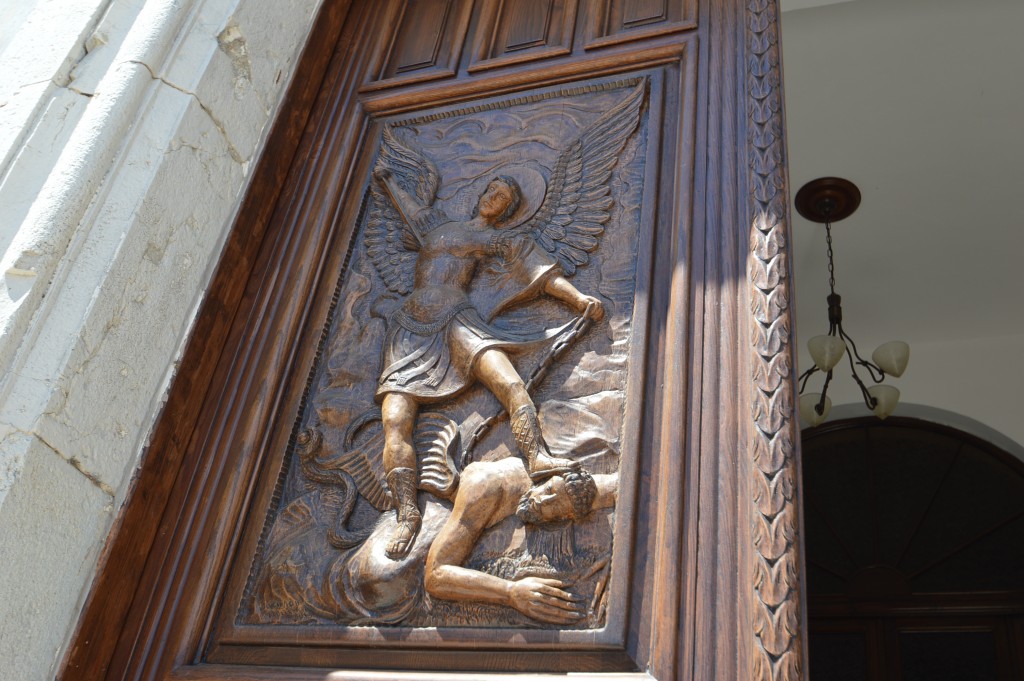 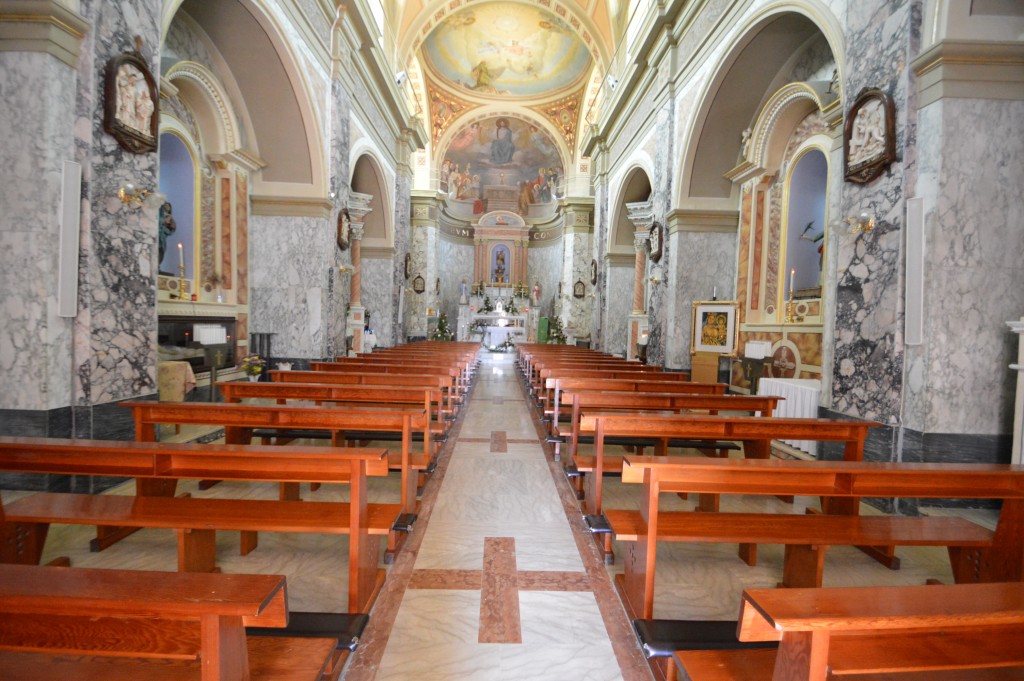 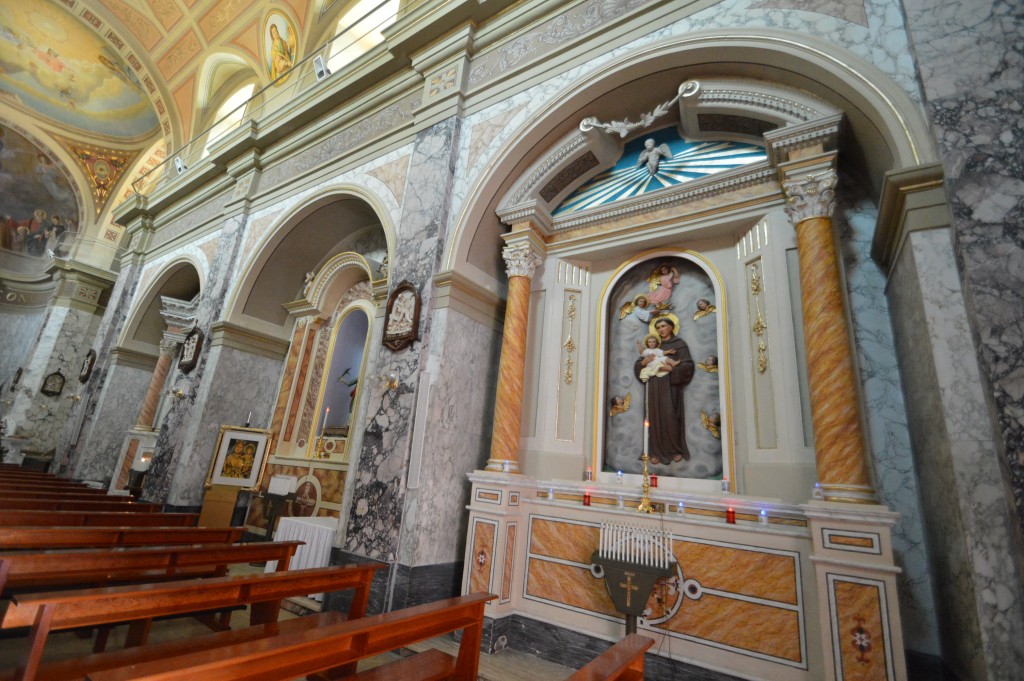 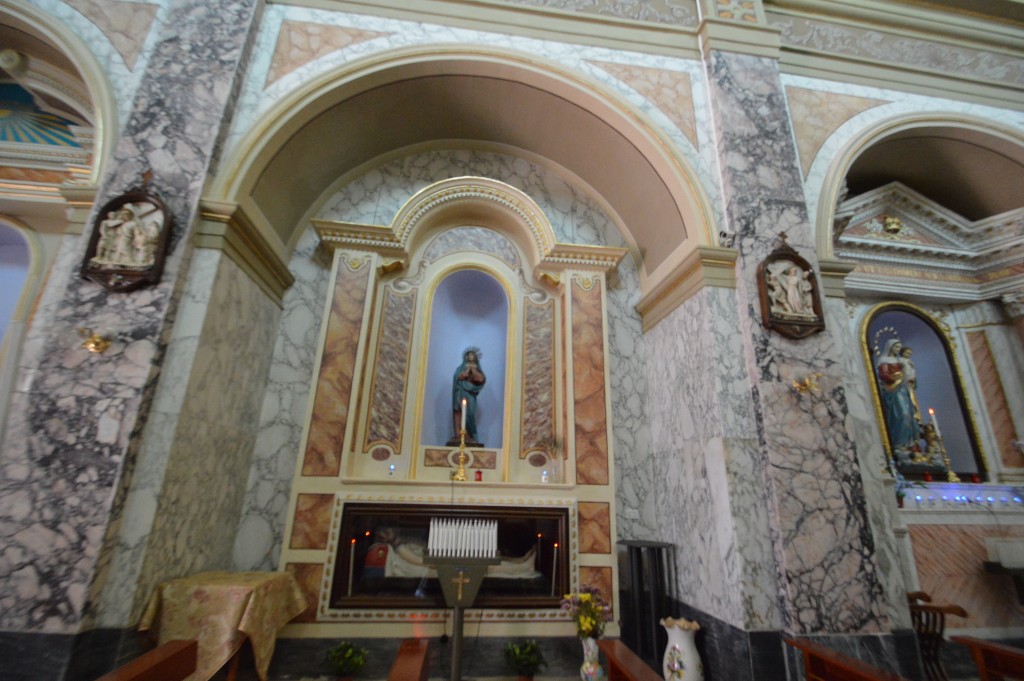 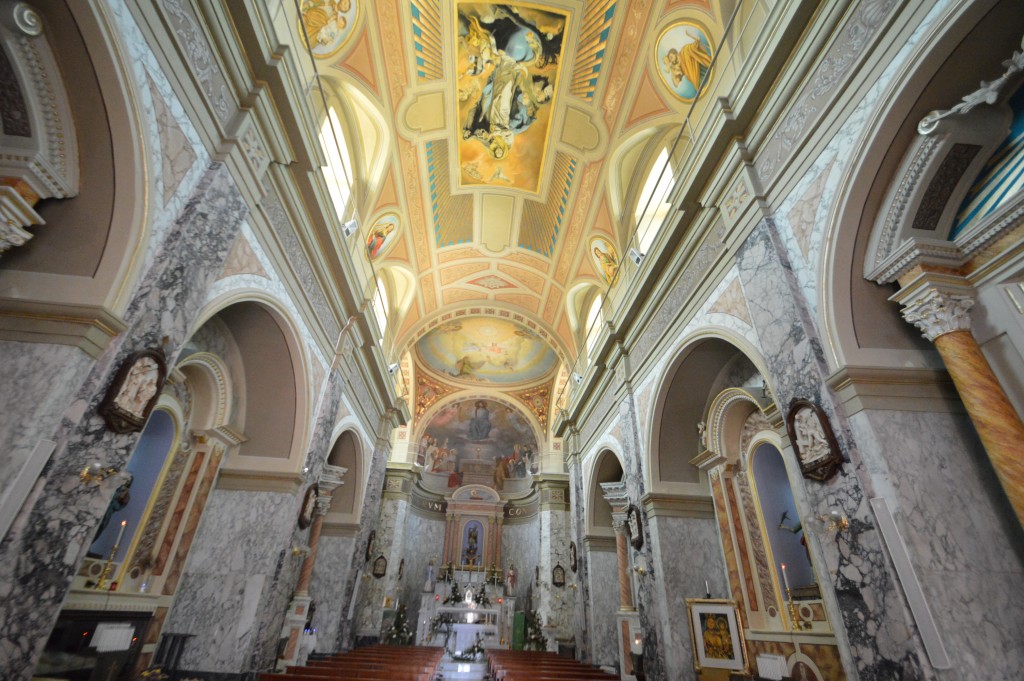 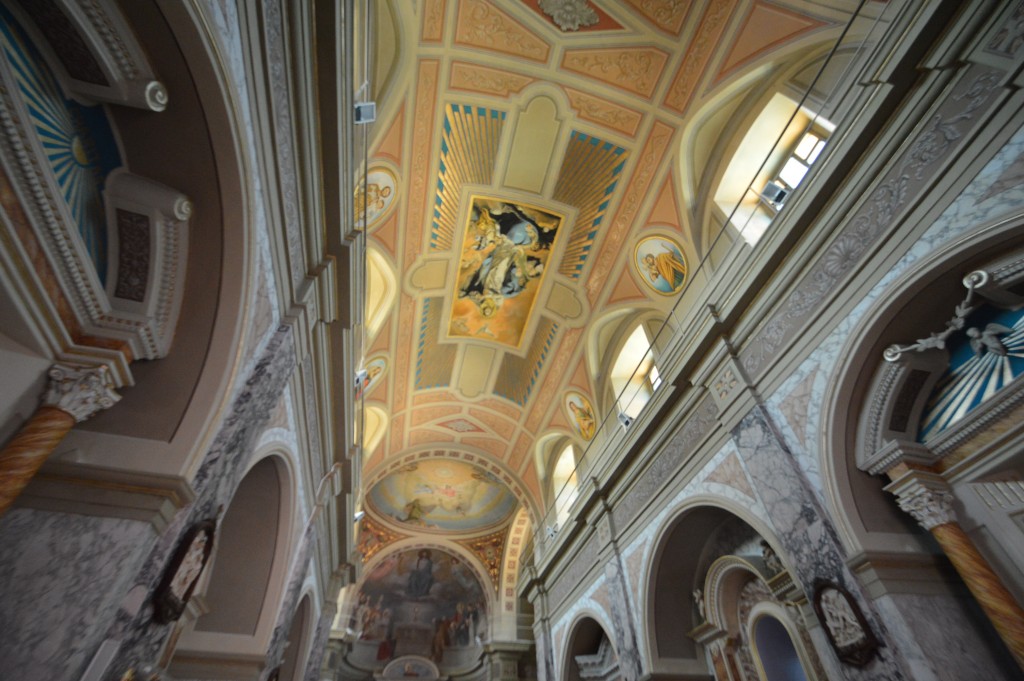 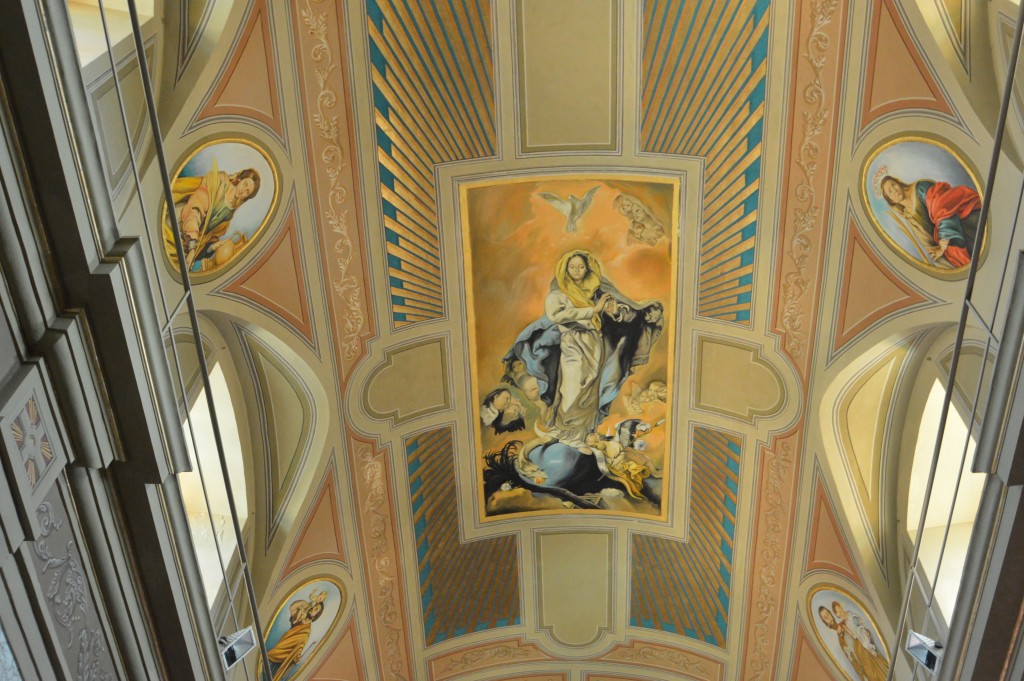 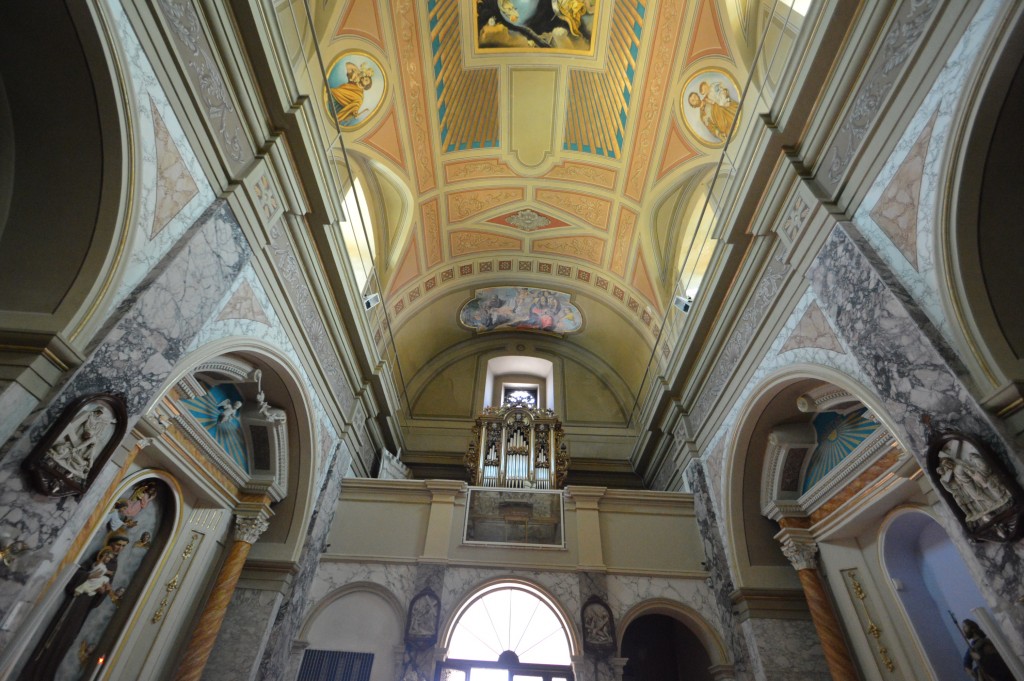 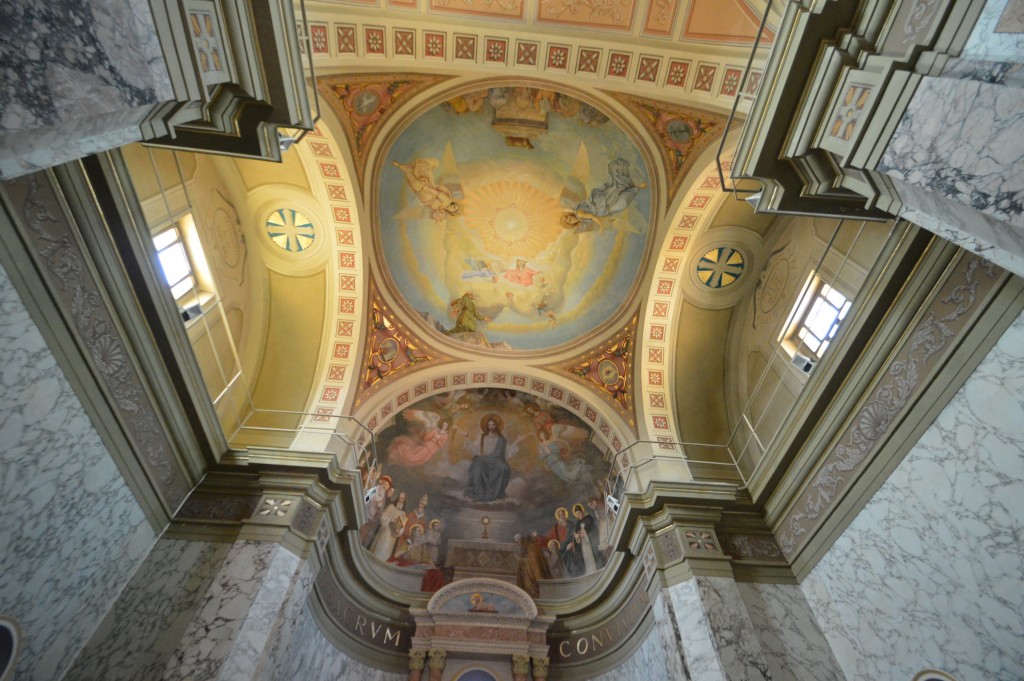 It is located on a top of Mount Trimonte (1150 m.). At present it is in ruins. Like Castelfraiano controls access of neighboring rivers and far above the valleys of the Sangro and Trigno. However, it appears vulnerable from attack from above because sites halfway. Some houses-walls have a tortuous access to those who want to penetrate. There are two city gates: Porta a Capo and Porta a Piedi. 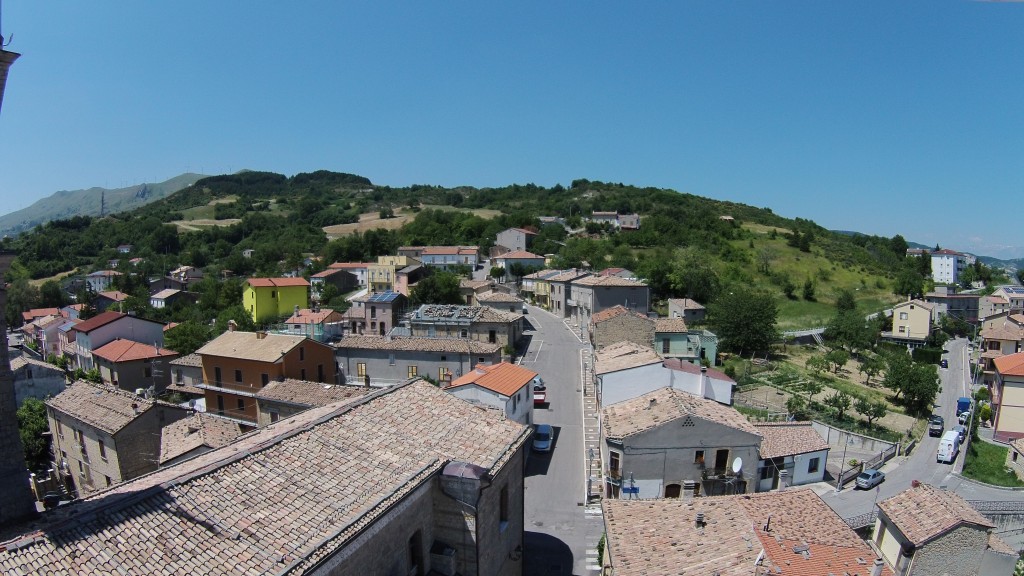 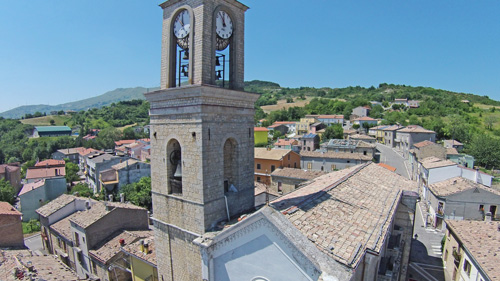 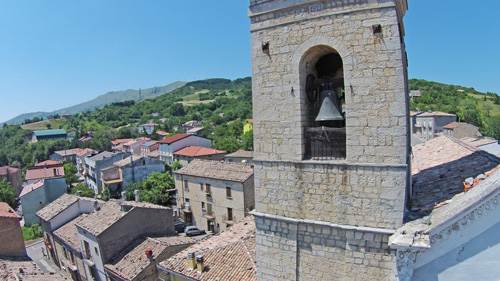 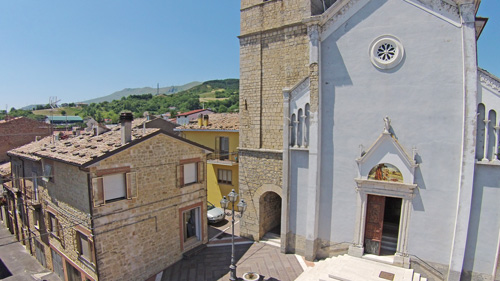 Continuing along Corso Umberto, ir reacheable the road that leads in the mountains, going down this road, we come to Colle della Scarpa (912 msm) where there is a pine grove with a pic – nic area. After a few kilometers, you arrive at the site of the old cemetery from which, following a path that runs along part of Chad, it leads to the remains of the ancient village.

From this point you can see a wonderful view and on clear days see the sea as well, included the Tremiti islands, Gargano promontory, Majella and the valley of the river Pescara. Starting from the ancient urban center you reach Colle delle Croci and then Colle Alto (1316 m above sea level). 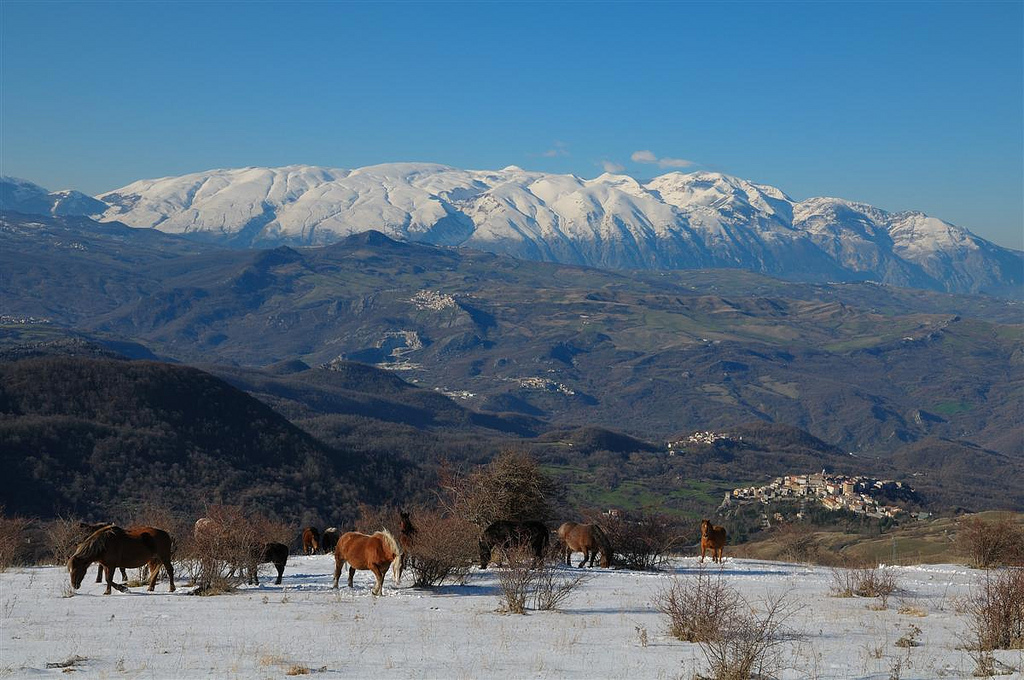 Starting from the center, after a few kilometers, you arrive to Acquaviva, going down to the Colle Moretto going to the left directly into the woods to get to the entrance of the small picturesque lake Sinello (608 m.sm.).

A Roccaspinalveti, as well as in much of Abruzzo mountains, some traditions are still alive that are expressed particulary during special holidays of the year.
July 11th is celebrated the patron saint, Santo Pio I, with the traditional procession of the basins. The same procession is repeated on August 31st and the 1st September with the festivities in honor of the Holy Liberata and Filomena. Another celebration worths mentioning is January 16th, the day when still several companies citizens happily run through the districts of the area, singing in front of every house ditties dedicated to Sant’Antonio, patron saint of animals. 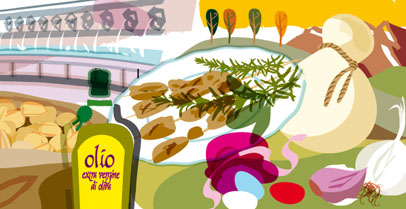 The local cuisine is strongly influenced by the gastronomic traditions of Abruzzo. In this context, we simply list the typical and somewhat more common in the cuisine roccolana and several restaurants in the country. The first dishes are especially Sagn appzza or Taccunell seasoned with lamb sauce, and tagliaril fasciu l, l ‘maccarun ng’ the ov, the ‘lagane the (kind of noodles). Main dishes mostly based on lamb, grilled or stew and the famous pallotte cace e ove. Among the typical desserts: the ‘scrppel, the’ bscutt alla tjell, the filled wafers, the ‘calginitt and the’ pzzoell (the neole), especially at Christmas time. 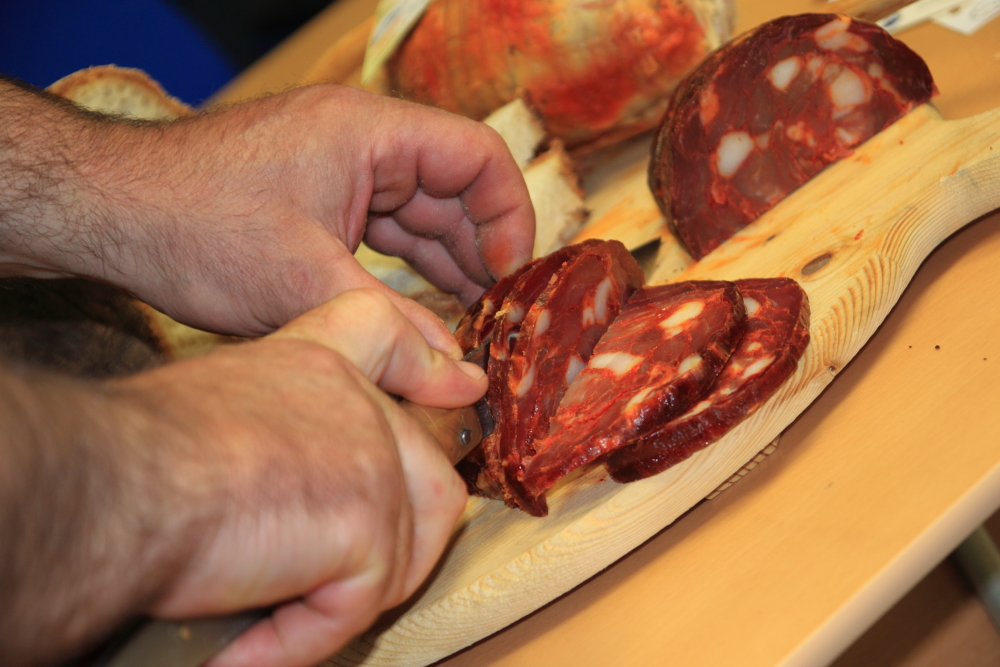 A separate discussion deserve the sausages made with pork. In addition to the excellent hams, sausages preserved in lard and salamis, the true typical product of Roccaspinalveti is the ventricina, a typical sausage made only with selected parts of the pig, a procedure respecting old, passed down from generation to generation, which has ventricina fact one of the most appreciated for its unique taste and the genuineness of its ingredients. The major income comes from breeding (sheep, cattle and pigs) and the trade of land products and food. Agriculture gives potatoes, wheat and wine grapes. Famous also for dairy production, hams and sausages. Here you can have the main services as minimarket, butcher shop, bar, restaurant, pharmacy, postal office etc. Here the people are friendly too.