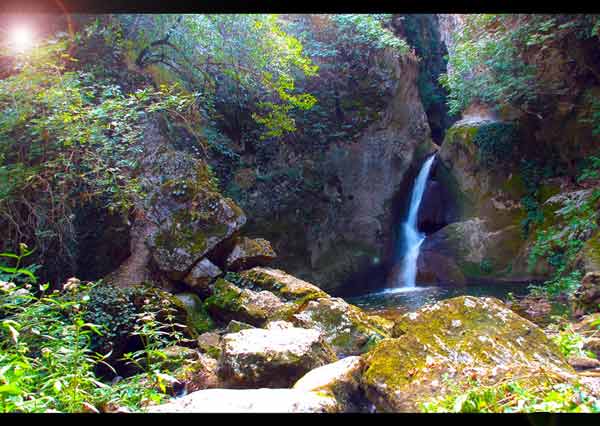 Stiffe Caves are a complex of caves located in Abruzzo, in L’Aquila province, in the location of San Demetrio ne ‘Vestini, just above the village and hamlet of Stiffe from which they are named. The enhancement project dates back to the early 70s of this century, but the opening of the tourist route dates back to 1991. Since then, the number of visitors has grown considerably. Stiffe Caves are one of the most important natural attractions in L’Aquila province. The composition of the mining caves is very variable. It consists mainly of limestone rocks that make the walls pure white but also from metal oxides that give the rocks different colors. The temperature inside is constant throughout the year and is about 10°C.

The presence of the river, which in some periods of the year reaches large flow, is definitely the most important feature of the Caves. We can say that in the Caves of Stiffe it backs to light and flows, under the eyes of old stalactites and stalagmites, a raging underground stream along the way gives rise to small rapids, beautiful lakes and dizzying high waterfalls of several tens of meters. The abundant water that erupts in the cave are “swallowed” by the surface of the plateau Rocca di Mezzo-Rocca di Cambio through a little lake called pit Caldaio, placed near the hamlet Terranera, about 600 m. of drop. The underground route, which stretches for several kilometers, is still largely unexplored.

After the entrance, alongside the stream, you enter in the first room called the Room of the Silence because it is the only one that remains a dry place for a period of the year. From here we pass through an artificial tunnel to reach the Hall of the Waterfall, a hundred feet high, where the river gives life to a roaring waterfall about twenty feet high, and that changes appearance depending on the water flow. After passing next to another waterfall of about 5 meters, you enter in the Room of Concretions, one of the most evocative, where dripping water has created stalactites and stalagmites of rare beauty. Continuing the route you pass along the Black Lake and reach the last room where the outfitted path ends. For a hundred yards from the end of the path, in a room totally invaded by a deep lake of 6 meters, there is a second high waterfall of about 25 meters. 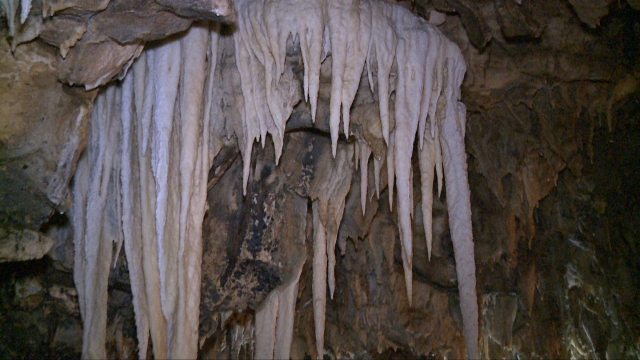 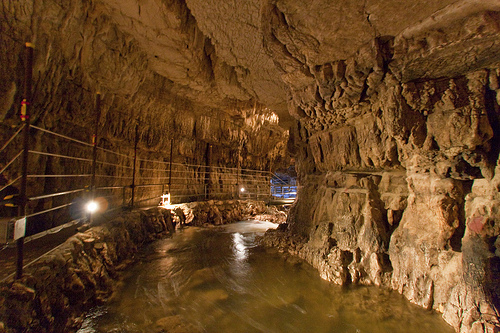 The resurgence of Stiffe is known for many years by the locals, in fact there are documents that make up the knowledge of the first environments a long time ago. Thanks to the presence of copious stream inside the cave has allowed, in the early twentieth century, the construction of a hydroelectric plant: powered by water transported downstream through a penstock, some of which stretch is still visible near the entrance, and has set up an energy source until its destruction during the Second world War. 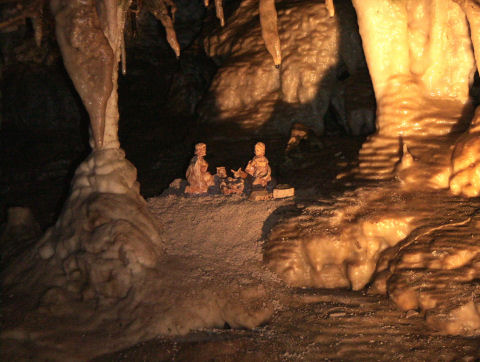 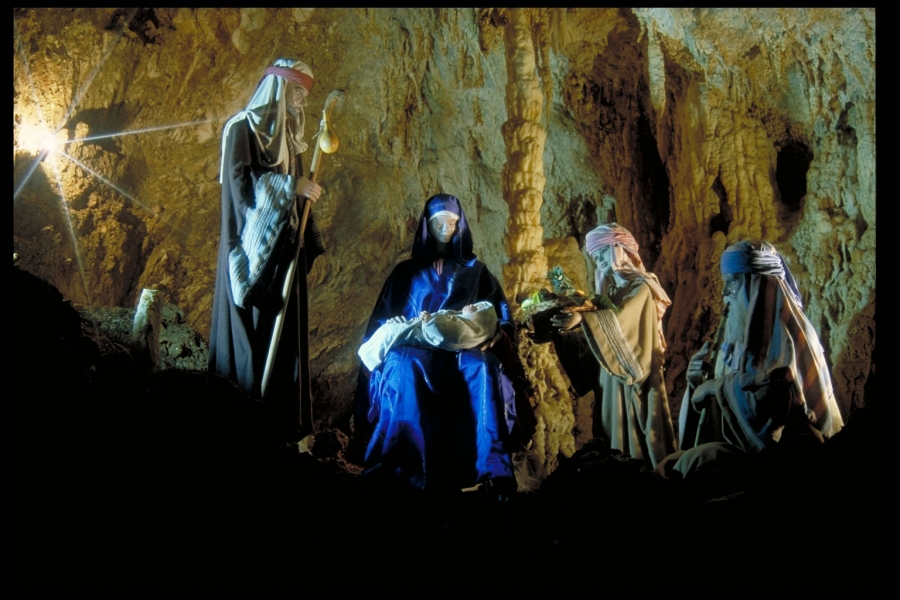 Since then, every year, from December 8th to January 6th, the Caves of Stiffe renew this appointment and, during the Christmas holiday, are recreated along the tourist route the locations of the traditional crib. At the entrance of the cave starts the Romans in the scene of the Census, in the Hall of Silence is recalled the moment of the Annunciation to the shepherds, and moments of daily life at the time, with the activity artisan and peasant, accompany the visitor up the last rooms, where you will be amazed of the atmosphere of the Nativity of the Child Jesus and the arrival of the Three Kings.