The ancient tradition of Agnone’s bells 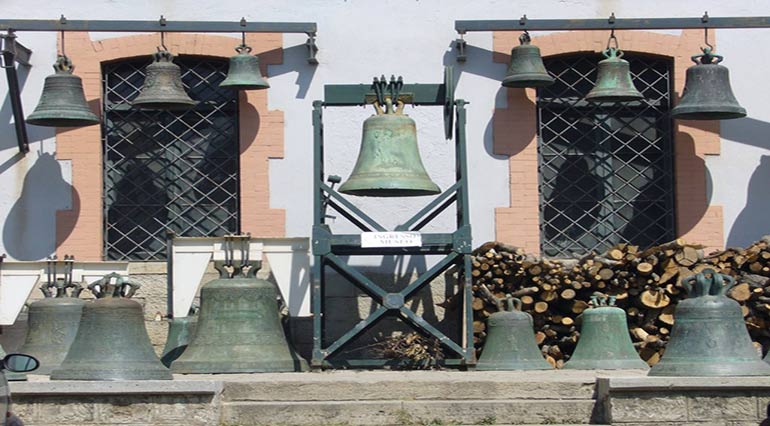 The characteristic town of Agnone, in the province of Isernia, Upper Molise, is known worldwide as the location of the bells. This only works because of the Pontifical Foundry “Marinelli”, which – survived the dynasties of hardworking bell ringers of Agnone – the year one thousand handed down from father to son the tradition of bell casting. 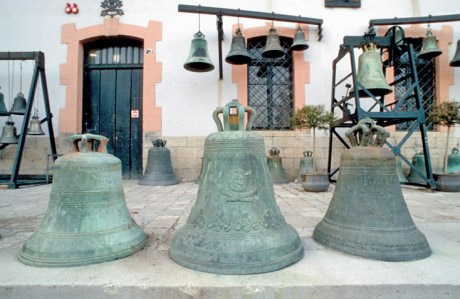 To achieve a bell, in Agnone still use the same techniques of the masters of the Middle Ages and the Renaissance. An art not easy: matter of thickness, weight, diameter, height.
The rite begins with the construction, with the guidance of a silhouette of wood, a brick structure which is inside the bell, the so-called “soul”, of a truncated cone shape. On this overlapping layers of clay to form the desired thickness. The clay used is of a special quality because it must resist the erosive action of the molten metal during casting. On the polished surface apply wax friezes, inscriptions, coats of arms and figures that decorate the false bell. Then realizes the “mantle” which is obtained by superimposing successive layers of clay, leaving dry between an application and the other. Drying is achieved through hot coals, placed in the soul of bricks. During this phase, the layer of wax melts and is absorbed slowly from clay (process called “lost wax”). After forming, the “cloak” is lifted and the “false bell” is destroyed to free the soul.
It then replaces the mantle remain free on the soul by the space previously occupied by the false bell (it will fill the liquid metal during casting). 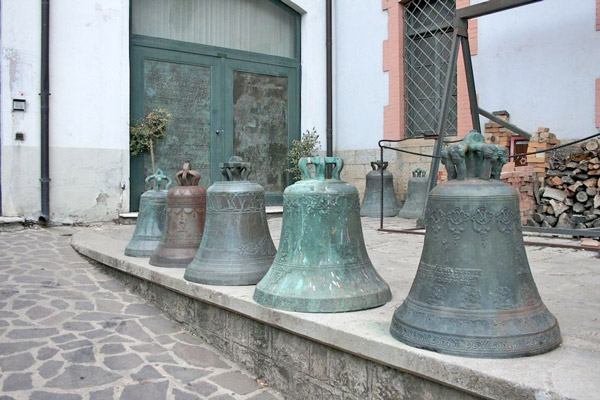 The pit where they are lowered forms is completely filled with terrain, so as to avoid the displacement of the mantle. It shall conduct the bell pouring the bronze (78 parts of copper and 22 of tin) at 1150 degrees in the space between mantle and core. For the melting of the alloy are used reverberatory furnaces made with refractory bricks; fuel is adopted in oak wood dried, as hundreds of years ago, to avoid contamination of the molten metal by the gas, which will be released using other fuels.
The processing cycle of a bell varies from thirty to ninety days. If it tests the sound by detecting the tone with pitch and special equipment. In other departments is completed by the bell clapper, built in proportion to its weight. 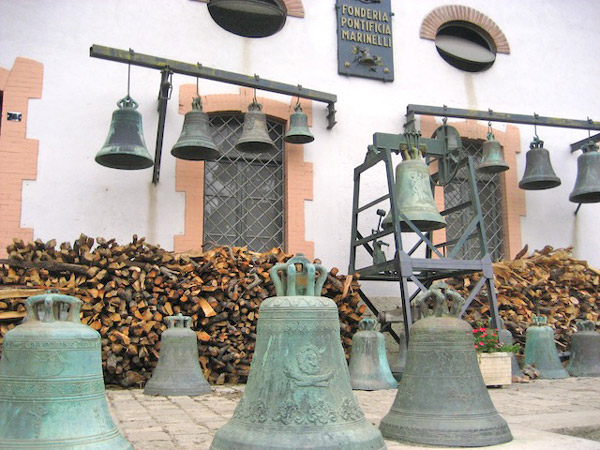 The crowns or handles, support of the bells, are processed with the same process as “lost wax”.
In Agnone were merged bells including the famous Sanctuary of Lourdes for the centenary of the apparition (1958), the first commemorating the centenary of the Unification of Italy (1961), the bell of the Second Vatican Council (1963), the “Kennedy Bell” (1964), the bell of the Holy Year (1975), those of Medjugorje (1988) for the Marian Year, those of “Perestroika” for the historic meeting between the Pope and Gorbachev (1989), the great bell for the sports center of Sapporo in Japan (1990), for the Columbus celebrations in 1992, up to the Jubilee in 2000.
Molise bells ring in the churches of San Paolo in Rome, Most Precious Blood of Florence, Santa Maria delle Grazie in Ancona, San Giovanni Rotondo in Puglia. And again: Amalfi, Collevalenza, Maiori, Montecassino, Montevergine, Pompeii, Ravello, San Gabriel, La Scala, Visciano. 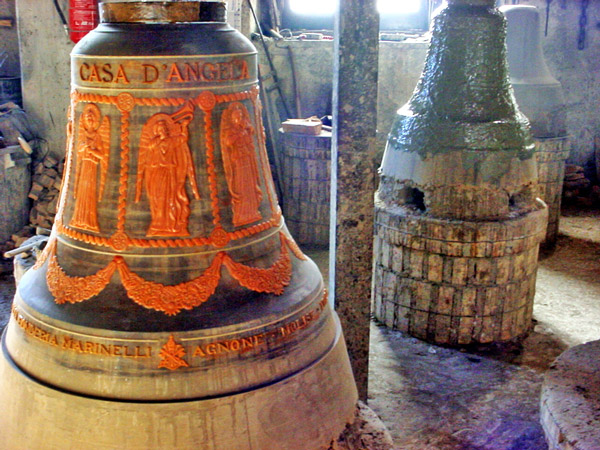 A bell enriches the private collection of Giulio Andreotti, merged in 1990, on the occasion of the celebration of the twentieth anniversary of the Province of Isernia.
For sport: the “Mundial bell” for the triumph of blue in Spain in 1982, the bell dedicated to Diego Armando Maradona for the World Cup in Mexico and that of “Italian ’90.”
In Agnone you can visit the museum Marinelli, built in 1997 in Via Felice D’Onofrio, 14, one of the few in the world that collect a large collection of bells from the year one thousand till today. The museum documents on the ancient art of bronze casting, bells, ancient and recent, sketches and reproductions.

THE HISTORICAL MUSEUM OF THE BELL “Giovanni Paolo II” 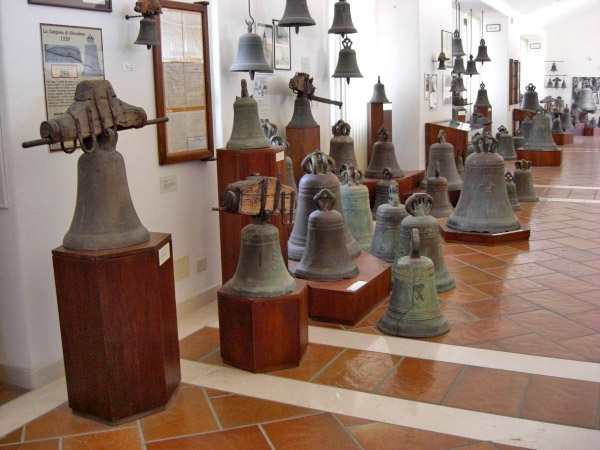 The Historical Museum of the Bell “Giovanni Paolo II” was founded in 1999 and is adjacent to the Pontificia Marinelli Foundry. It is one of the few private museums in the world to gather a large collection of bells from the year one thousand  till today.
In addition to the extensive collection of bells are also preserved ancient documents related to art bell, as well as an overview on the main photo made bells and meetings and related to the memories that bind to the Popes Family Marinelli. 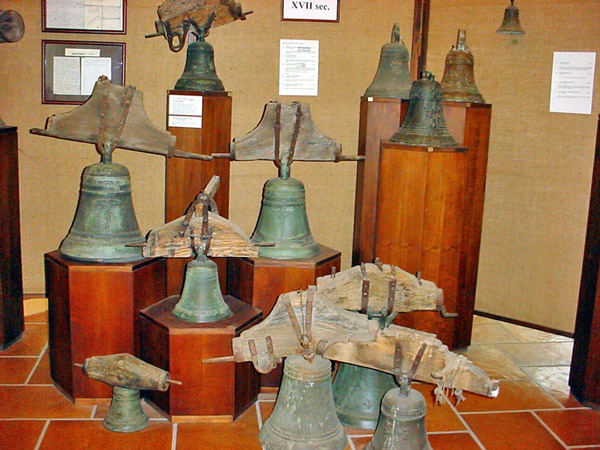