The pampanella is one of the most common meat dishes of traditional cuisine of Molise. A special name for a dish whose origin is not very clear. One of the few certainties is that despite today it is produced in different locations of the region such as San Martino in Pensilis, Portocannone and Ururi, originally was prepared exclusively in San Martino in Pensilis in the province of Campobasso Molise, where there are very capable masters that prepare it. 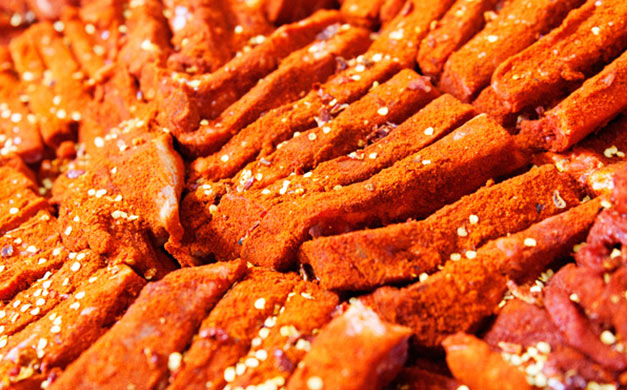 The pampanella was produced in the past at home by the farmers, for the exclusive use of the family, but soon its kindness made it a highly sought dish and for this very expensive. Gradually it spreads in exhibitions as one of the tastiest meat dishes, as well as in all festivals throughout the region. Its marketing soon became inevitable, especially due to its great demand. 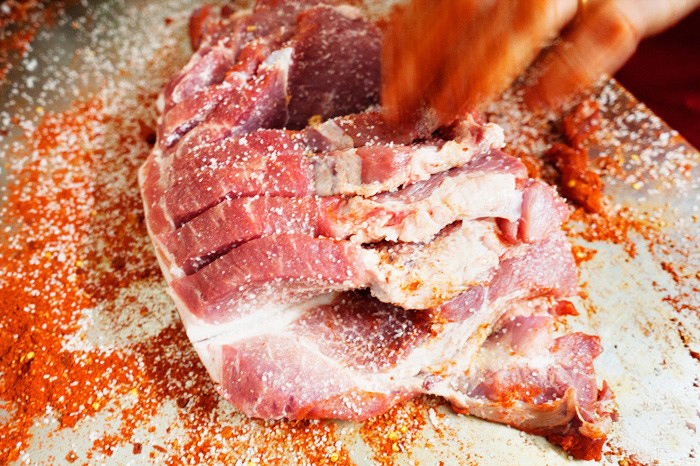 The Pampanella is a typical recipe of San Martino in Pensilis, formerly was prepared only on the feast of the chariot race “La Carrese” on April 30th and the annual fair on 30th August: it is made with pork spiced with garlic and chili. Needless to say, it is very, very hot, as can be seen already by its bright red color. 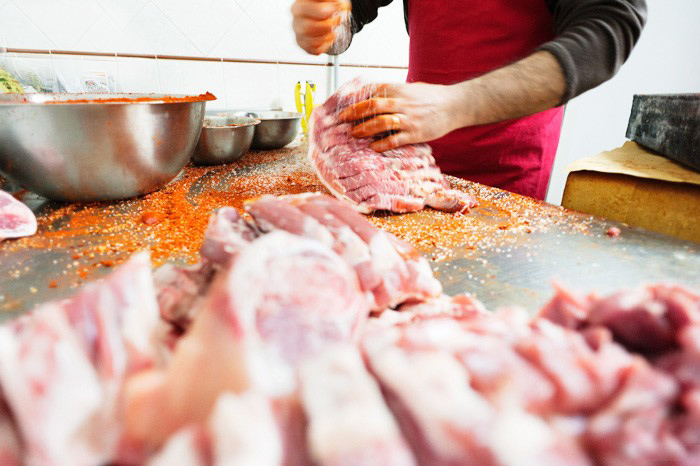 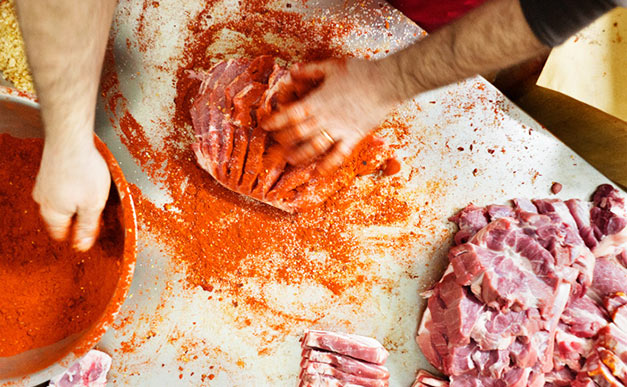 It’s necessary a few hours before baking the meat thus prepared which is covered with wet paper straw and when cooked it is seasoned with vinegar. The Pampanella owes its name to the leaves of the vine, “pampini”, which were used in the past instead the paper straw to keep moist the meat during cooking. 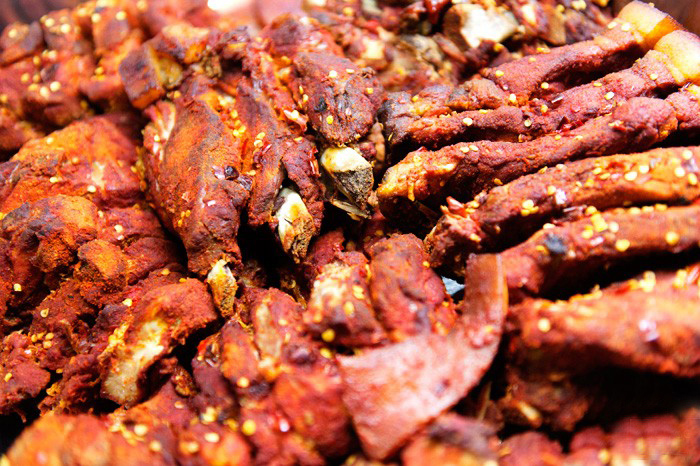 The sanmartinese Domenico Zurro, recognizing and appreciating the delicacy, as for a debt of gratitude, decided to immortalize it in a composition, which, although it can not be considered as a true poetry, it does offer a eulogy recognizing all his qualities.

The final verse is very explicative about the fact that the pampanella born in this town, because only in San Martino (at least was certainly in the beginning of its production) can be done there (e sole a San Martine a sanne fà: only in San Martino they know how to do it), it means that at the beginning they knew the ingredients and the exact way to prepare and cook. Another relevant fact is that seems that, like chocolate, even the pampanella create addiction, like a drug (come ‘na droghe: as a drug).