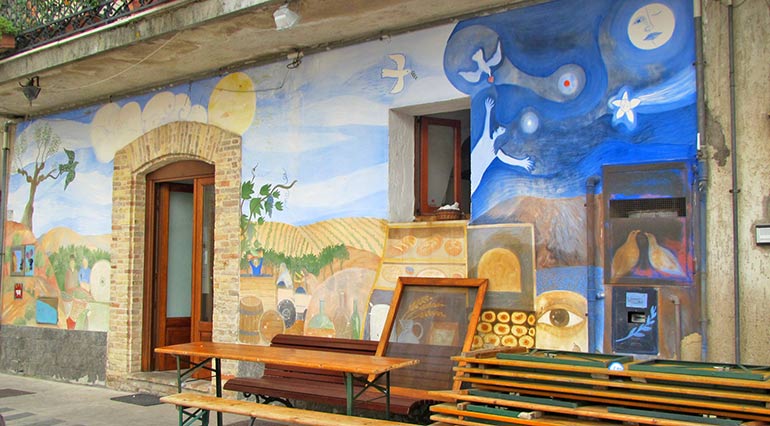 Treglio is a town of 1.610 inhabitants in the province of Chieti in the Abruzzo region, on the northern outskirts of Lanciano. It is part of the Union of Municipalities “City of Frentania and costs of the trabocchi”.
Treglio is a small village which extends over an area of 4km ² in a stripe built on three hills and gently slopes toward the sea, 5km from the seaside resort of San Vito Marina, and its altitude is 183m above sea level. 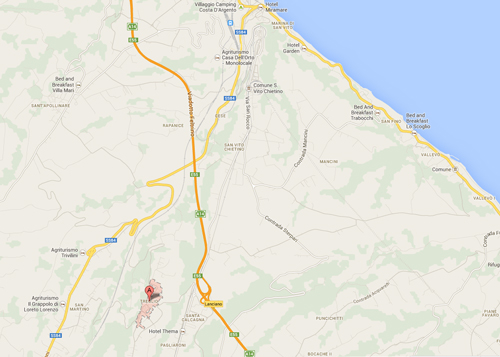 Monuments and places of interest

• Church of Santa Maria Assunta in the sky
The facade is brick and bounded by pilasters. The crowning is at tympanum. The bell tower is located to the right of the facade with pilasters that divide the two orders. The interior has a single nave with three bays in vault. Two chapels are the central vault. Apse is placed at the end of the nave. The vaults and the chorus are plastered and painted. • Church of San Rocco
The facade is plastered and the portal is in brick. The building of dubious attribution historic appears to be nineteenth century.

• A ex Episcopal palace
Also of dubious attribution historical, but it seems to be the second half of the eighteenth century. The façade has a rectangular layout is split over two levels and has a hipped roof system. At the center of the façade stands a tower. On the ground floor there are commercial activities, while the first floor there are private apartments.

Initially, the Saturday and Sunday of the first week of November, and then in those of the second of each year is hold the Rural Village, the Festival of the New Wine, New Oil and Chestnuts, it is not a festival like the other because there are no stand set up temporarily, but authentic cellars embedded in the architecture of the village and rural residential real for those two nights are at the service of the event to form points of tasting chestnuts and new wine and oil of the mill, but also dishes typical of the Frentano freshly prepared, using the old traditions that convey to the visitor. During the festival, visitors can enjoy live music of various kinds in the narrow streets of the village. The objective seeks to achieve the Rural Village is to let the world know of the peasants and farmers to tourism, allowing farms and crafts to produce for tourists typical delicious of Frentania and to know this part of Abruzzo.

Treglio is a small village, the kind that you meet on the way to larger cities such as Lanciano, or the most popular villages such as San Vito. But in this small, well-distributed and picturesque village for 16 years talent has become a tradition: the rural, summed up in an event that annually brings together thousands and thousands of people from all over the Abruzzo. We were there we also, in the late afternoon. A banner “Welcomes” us opening a path made of alleys, basements, interiors of houses with chimneys in the center where the people cook, fry, prepare and share all that autumn has to offer. 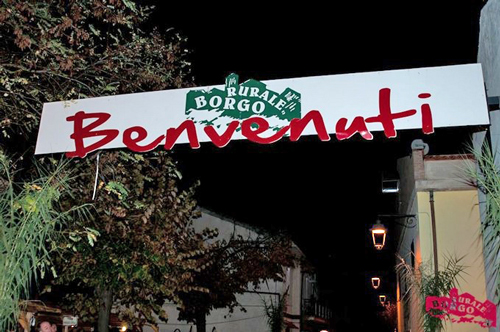 Very interesting also the murals, which make the discovery of the event even more “surprising,” Treglio ycan be enjoyed as excursion in every month, even out of the many events that the Pro Loco has in place throughout the year. 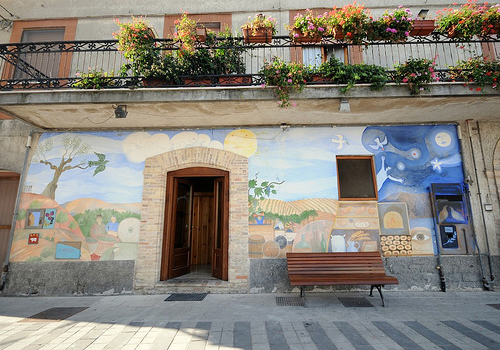 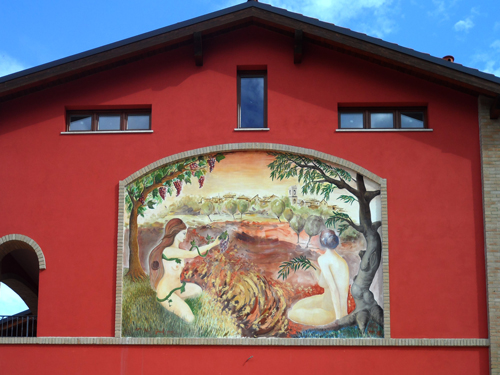 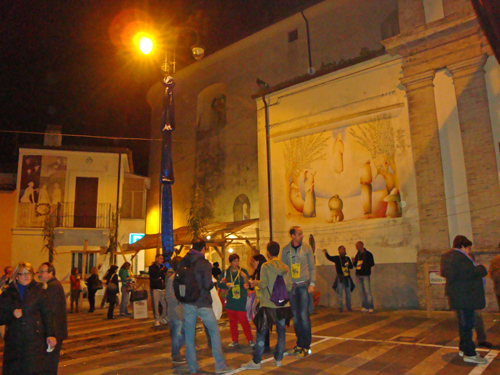 Around the center there are not only spaces where to eat, but in the square next to the church, there is a stage where played popular music as the “pizzica”. 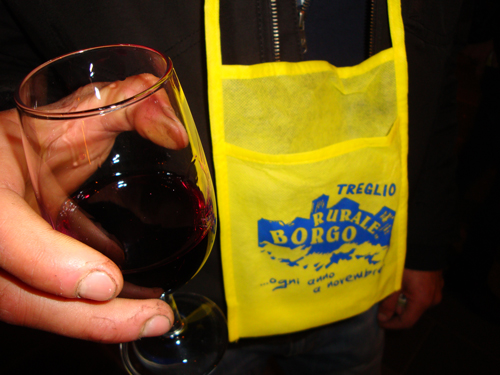 We find the wine, chestnuts, sausages, sandwiches with bacon, polenta with sausage, ventricina, scrippelle and can not miss the cakes, all at low prices, for common tasters, but for those more organized at the entrance there is a bag with glass gadgets. 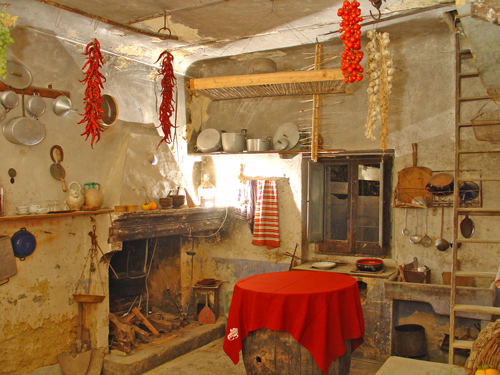 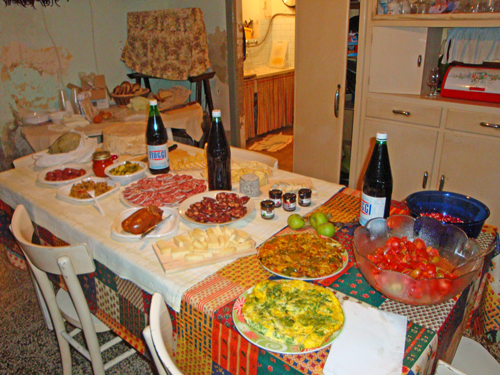 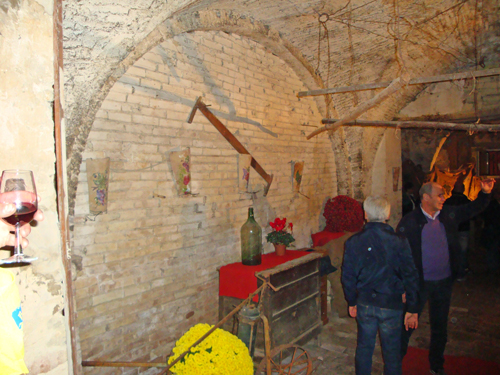 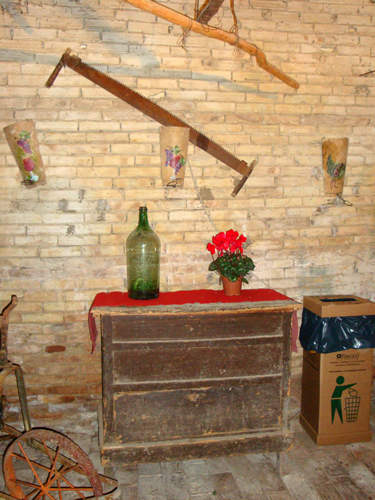 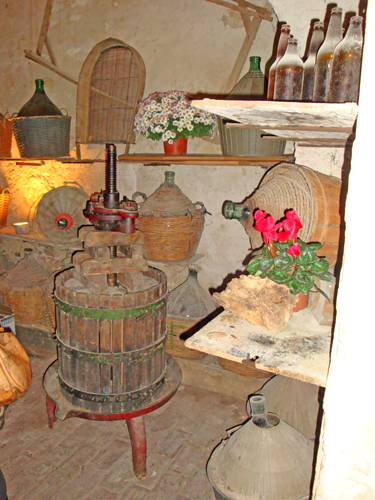 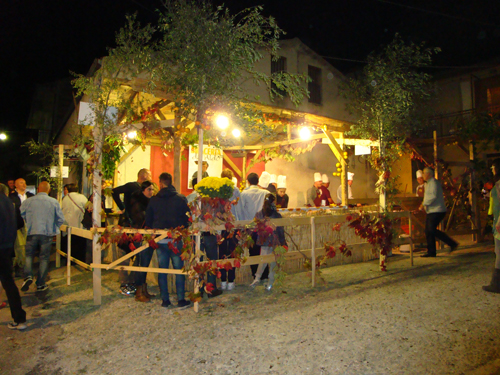 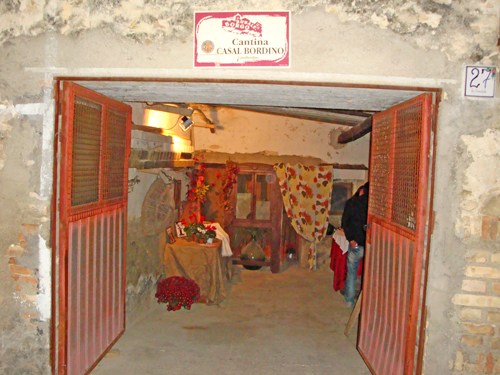 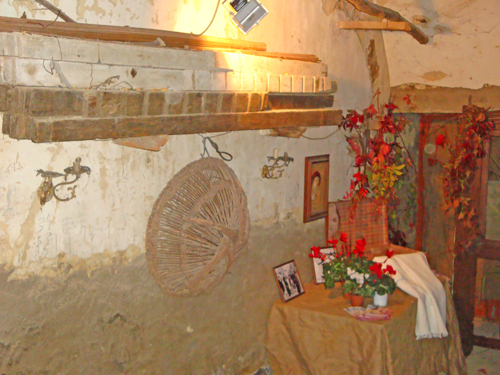 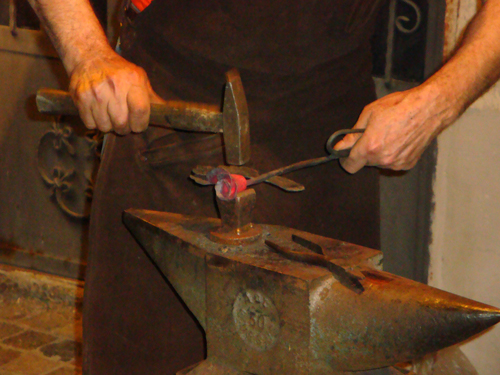 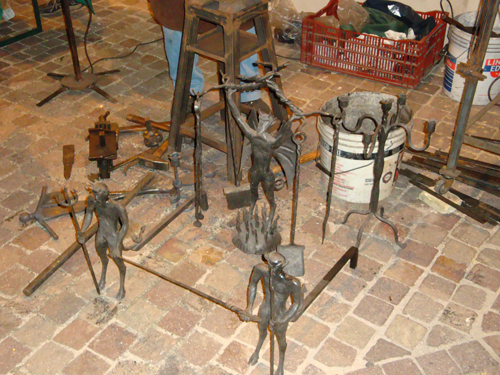