Pietrabbondante is a charming small town of High Molise, located 1027 meters above sea level, with its small houses set against the bare rock, dominated by the dome of the verdant and wooded mountain Caraceno (1250m above sea level) and protected from the fearless warrior Samnite that dominates the square. All around is a riot of nature and silent mountains behind mounts, wide valleys, villages scattered here and there, fields overflowing with colorful flowers. 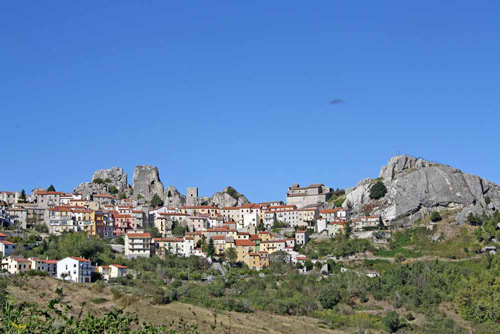 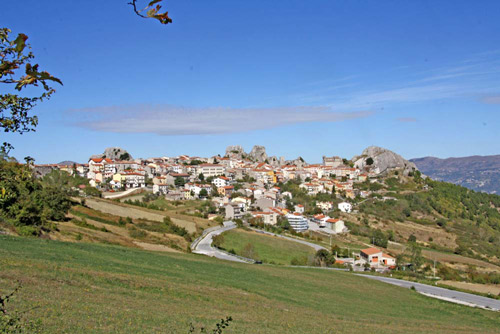 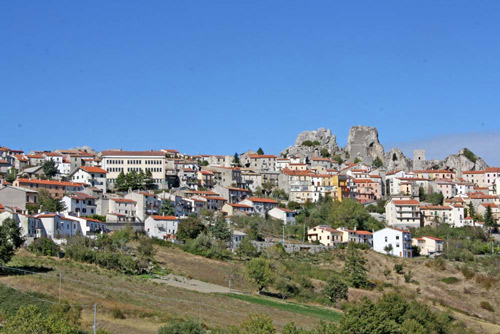 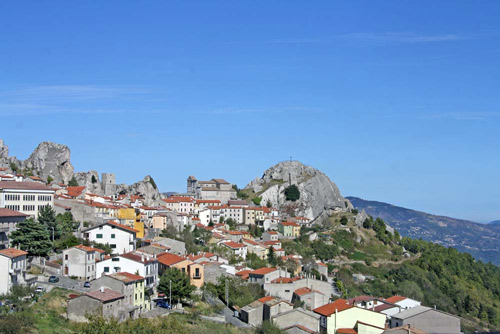 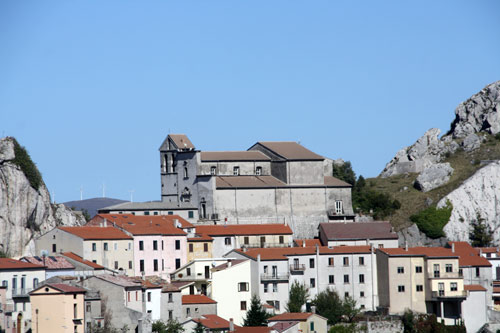 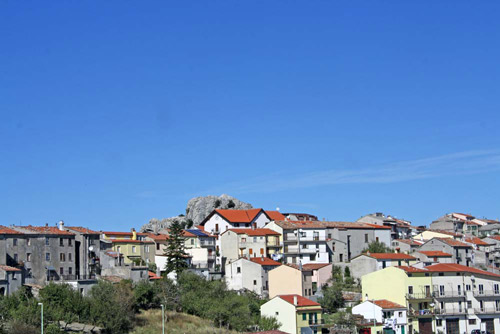 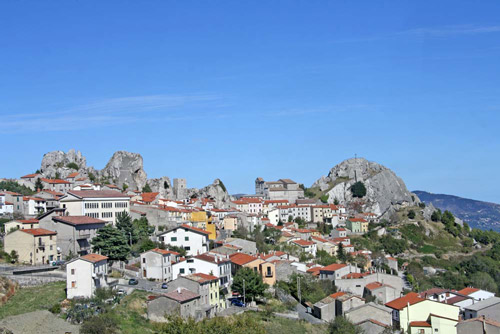 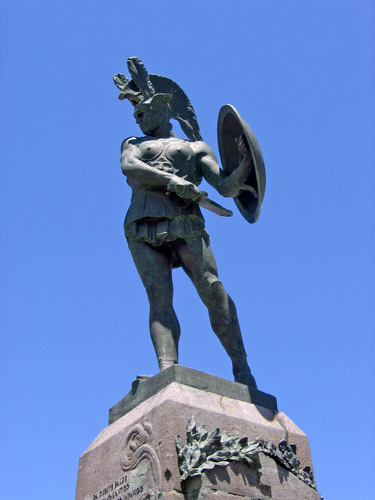 The statue depicts the ancient Samnite Soldier as well as the creators had wanted to better represent the sacrifice of those who died in World War, those of 1915-1918. The total height of the monument is mt. 7,00 mt. of which 4.00 mt. the base  and 3.00 of the infantryman. On the sides of the base were written in bronze letters the names of the fallen. 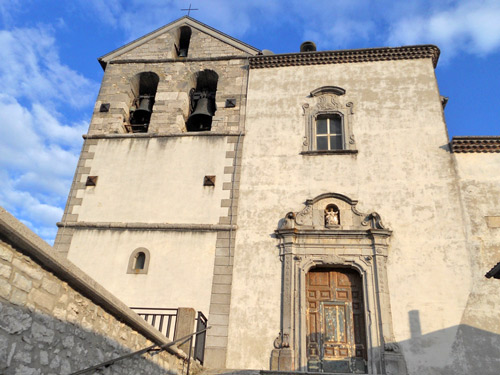 The church of Pietrabbondante is dedicated to St. Mary’s Assumption into heaven, is so deeply felt this feast, which happens on 15th of  August, from all the town that celebrates it as tradition wants, with a procession in which the statue is brought  women’s shoulders only. The church stands out perfectly against the bare rock in the “Morgia della croce” in its simplicity reigns over the town, braving the winds and bad weather, recalls the sound of the bells. The church stands on a hilltop from where you can enjoy a magical and spectacular view of mountains, forests, villages and valleys.

The real treasure of Pietrabbondante consisting of Hellenistic – Italic compound located in Calcatello. On the slope of Monte Saraceno, the Samnites built a majestic compound of worship that includes a theater, a temple and two arcaded buildings on either side of the temple. Works began at the end of the second century b.C. and ended in 95 b.C.

The building was destined for the cult and the institutional activity too, as in the great temple religious rites were held and in the theater the senate met to take important decisions in the interests of the state. 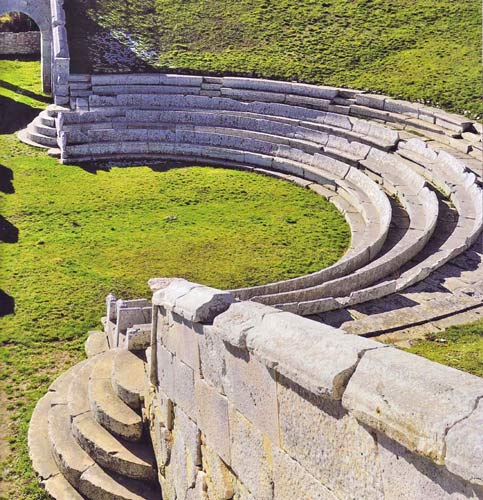 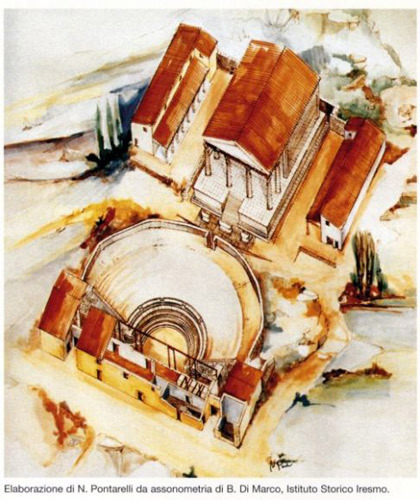 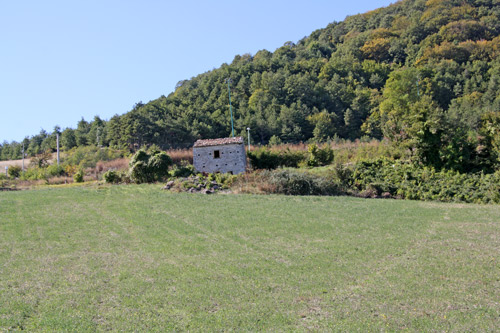 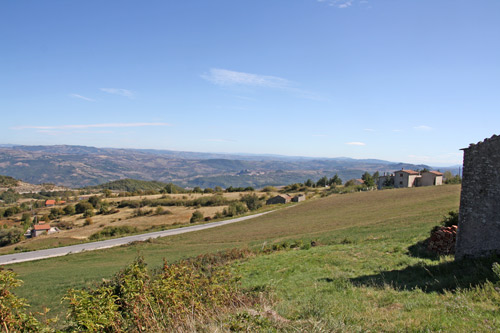 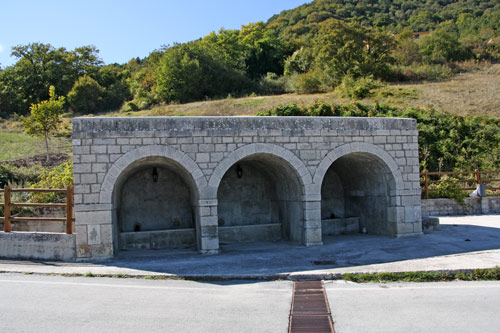 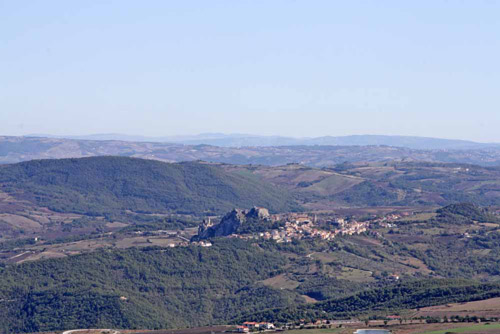 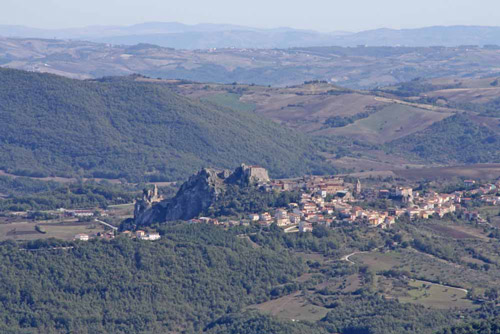 Molise’s Landscape: The Towns
The city of Sulmona L’Aquila, Abruzzo, Italy
The Ghost Town – Abandoned Villages in Italy
Carunchio town in Abruzzo inside the Natural Park,...